Like most people, I’ve reinvented myself, and my career, over the years, mainly because of facing some sort of adversity.

As a child, my dream was to become an archaeologist. I graduated with a degree in anthropology and archaeology and began working in the wilderness of beautiful northern British Columbia searching for signs of ancient Indigenous activity and recording these sites on a provincial data base. I also participated in several archaeological excavations. I loved archaeology, but my excitement faded the year I spent six long months living in a tent as part of the job. When I heard about a course in Education, I jumped on board. Anything to get out of that tent.

And so began my second act. I earned my teaching certificate, and discovered I loved teaching. Over my thirty years as a classroom teacher, I taught primary, intermediate, and high school students. I even lectured for a year at the local college.

While I was working as a classroom teacher, a botched operation on my throat ended with me losing my ability to speak above a whisper for a year. I was on medical leave and needed something to challenge my mind. Since I’d always loved reading, I decided to try my hand at writing a romance novel. Now my voice is back, and I have six published romantic suspense novels and three audio books.

Is there a fourth act in my life? Maybe. Opportunities arrive when we least expect them, often when we’re at a crossroads. My advice to you: be ready and open to new directions in life.

A favorite quotation of mine 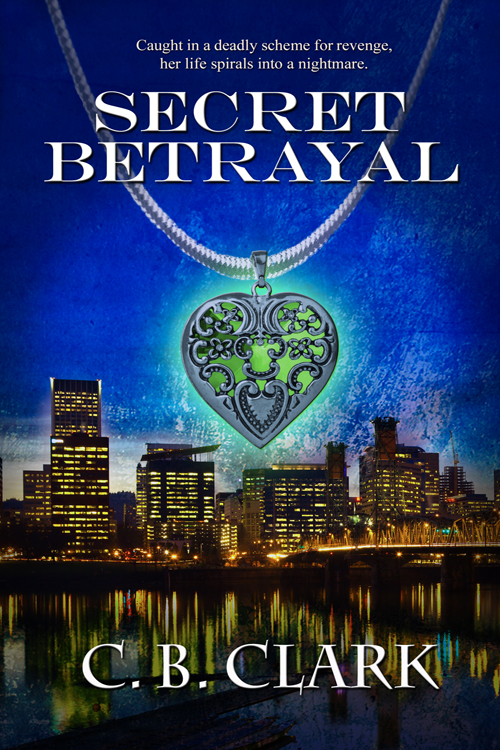 Head college librarian, Marissa Reynolds has spent years distancing herself from her crime king pin uncle and his criminal empire. When she awakens in an unfamiliar hotel room with blood on her hands and no memory of how she got there, the past returns with a vengeance, and her life spirals into a nightmare.

Straight-laced, Assistant district Attorney, Scott Bannister has spent a lifetime seeking justice for the senseless gangland shooting deaths of his parents. When he realizes Marissa is the niece of his prime suspect, he crosses a line guaranteed to put in jeopardy both his life and his beloved career.

He’s made it clear he’ll do anything to destroy her uncle. She fears he’s using her to achieve his goal. As the body count mounts, and their lives are threatened, they must put aside their distrust and work together to find the devious killer. Will they be able to forgive and find true love?

She pushed to her hands and knees. The pounding in her brain mushroomed into a full-blown, jackhammer assault. With a moan, she sank onto her bottom and grabbed her head in a fruitless effort to keep her brain from exploding. Despite the pain, she needed to get up. Something was wrong. Something was very wrong.

Faint wisps of light seeped through the edges of the window curtains. The distant sound of traffic echoed through the glass. A lamp imbued the room with a soft, rosy glow, revealing a king-size bed. The cover on the bed was a glossy, garish pink, the pillows covered in the same lurid color, the edges trimmed with frilly, black lace.

She rubbed the back of her neck and closed her eyes, but when she opened them again she was still in the unfamiliar room. A battered desk faced the bed, a large, flat screen television on top. The flickering images of a naked, full-breasted woman being entertained by two equally naked men played across the screen.

A wingback chair, covered in black leatherette sat in the far corner where a door was ajar revealing the cracked linoleum floor of a bathroom and the edge of a chipped porcelain sink. A framed diagram of a fire escape route was posted on the back of the other door. A hotel room? She dug her fingers into her temples. Why couldn’t she remember?

Secret Betrayal is award-winning author, C.B. Clark’s fifth romantic suspense published by The Wild Rose Press. She has worked as an archaeologist and an educator, and enjoys hiking, canoeing, and snowshoeing with her husband and dog near her home in the wilderness of central British Columbia.

15 responses to “When Opportunity Knocks…”