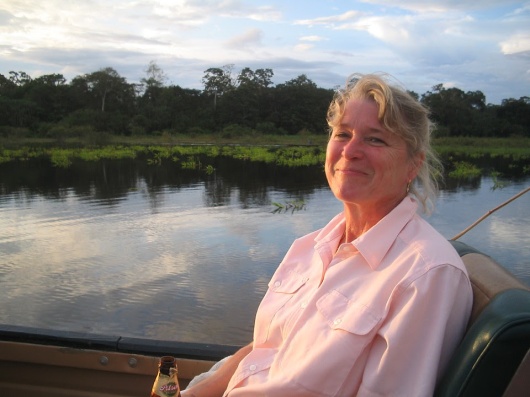 Although I’ve lived and traveled in five continents, I spent thirty years mostly in Washington, D.C. as a librarian, Congressional staff assistant, speechwriter, editor, non-profit director, and parent. I hold a BA from Vassar College, a Diploma in Arabic Studies from the American University in Cairo, and Masters in Anthropology and in Library Science from the University of Chicago. Once I escaped academia (for which my mother never forgave me) I worked for the U.S. Senate, the U.S. Department of the Interior, in several library systems, both public and academic, and at the Torpedo Factory Art Center in Alexandria, Virginia. I now divide my time between the Gulf Coast of Florida and a tiny village in Maine. All this experience has insinuated itself into my books.

Although I’ve been writing all my life (including the novel that sat in a drawer until my husband inadvertently threw it out), my first novel was published in 2009. Since then, I’ve released twelve more romantic suspense or murder mystery novels, with two more on the way. I had my share of rejection slips, but my luck changed when an accessions editor who—even though she rejected the manuscript—gave me invaluable editing advice. I took it to heart and Lost in His Arms was accepted on the next submission. After the requisite shriek of joy, I got down to work. As many authors have discovered, the validation a signed contract brings is all you need to keep writing.

Below is an introduction to my latest book, Orion’s Foot: Myth, Mystery, and Romance in the Amazon. 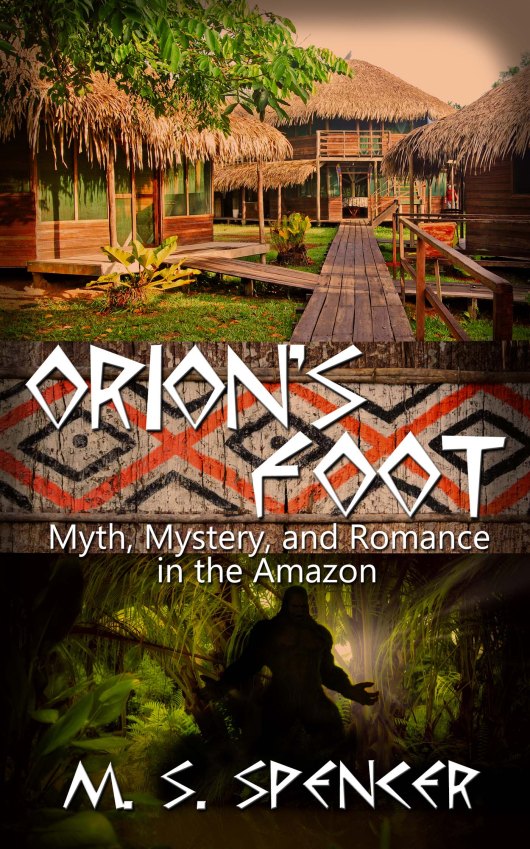 Monsters and mystery lurk deep in the Amazon—a tale of passion and obsession.

Petra Steele is wallowing in self-pity after being dumped at the altar, when her brother Nick invites her to come to the Peruvian Amazon. Before she even sets her suitcase down, she’s confronted with a murder victim. In a research station peopled with a quirky assortment of scientists, she is drawn to Emory Andrews, a gruff, big man with a secret past. That is, until his beautiful ex-wife shows up. More murders, more secrets, more mysteries ensue, all in the deeply romantic, sizzling jungle.

Excerpt: Lure of the Amazon

“I can see why you became a librarian.”

“What’s that supposed to mean?”

“You want to put everything into neat categories.”

“And what’s so wrong with that?”

He pulled her to him. “Because I don’t fit in a neat category, and neither do you.”

She grinned but pushed him off. “You’re saying I’m special?”

“Yes. And so is every other creature on the planet.” He kissed her hand. “However, if it will make you happy, I’ll put you in the class Mammalia, order primates, family Hominidae, genus Homo, and species…let’s call it bibliothecarius. And leave you there. Not very romantic, but rational.”

Heaven forbid he should be romantic. She shrugged off the touch of melancholy. “They’re waiting for me.”

He grew serious. “Be very careful. Something out there is unhappy with us.”

The others waited in the boat. “Where have you been?”

“Getting last-minute instructions from Emory.”

She held up Emory’s phone. “And to record any bird sounds we hear.”

Aguirre spat. “The hoatzin are easy—they sound like feral swine.”

Nick tossed the line onto the dock. “I don’t think we need to go by their calls—I hear you can smell ’em a mile away. It’s like passing a dairy farm on a sultry summer afternoon.”

“It’s true. That’s why we call them stinkbirds.” Winston took the tiller, and they headed north. A few miles up, the Pacaya fed into the Amazon proper. As it had the first time Petra came down from Iquitos, the vastness of the channel awed her. The water—though not quite as silty as its tributary—still ran olive brown, giving the impression that the river carried a bit of everything in its currents: plants, animals, diseases and their cures, all the colors of the spectrum. Even the dreams of explorers were lifted and propelled ever deeper into the jungle on the mighty Amazon.

Explorers. That’s where I heard the name Aguirre! Let me see…a movie…that’s right. It was an old movie—black and white—about a Spanish explorer. Aguirre—Wrath of God. A conquistador named Aguirre had gone to Peru with a band of men to search for the lost cities of gold. Instead they dealt with hostile natives, swarms of mosquitoes, and carnivorous caimans. As his followers fell away—dead of fever, poisoned arrows, or predators—he soldiered on, clinging to a raft on the river and hurling invectives at his god.

She looked at the fellow’s namesake. His sharp, black eyes were riveted on the shoreline, his hawk-like nose raised as if waiting to catch the scent of his quarry. His body was taut, and his hands clenched the rail, the knuckles white. He is driven. A true scholar? Or a madman?

My author page at Amazon lists all thirteen novels: http://amzn.to/1fD4jG3

Where to find M. S. Spencer…