‘How difficult can it be to write a Mills & Boon?’ That idiotic statement was my contribution to the conversation one lunchtime in the Edinburgh publisher’s office where I worked.

And so began a hilarious few weeks in which I and two colleagues each attempted to write a Mills & Boon romance. Rachel managed one and a half pages of Chapter One. Her ‘plot’ involved her heroine slipping on rocks into the arms of a passing hunk. She couldn’t be bothered getting them off the beach and into Chapter Two. But Annie and I persevered. We visited the library and borrowed bagfuls of the slim romances (‘They’re only 55 000 words each – we’ll be finished writing them in a month at the most!’), cringing as librarians shouted embarrassing titles across the room at each other (‘Have you got Part-Time Wife?’). We acquired favourite lines (‘The toolbelt rode his trim hips…’ ‘His eyelashes could have sheltered small mammals…’ ‘You little fool!’). We laughed ourselves silly making up our own titles (Tender Jailer… Bush Fire…). We conducted ‘research’ (the less said about that the better).

Annie found she was unable to write a proper plot outline because she got distracted by the sexy scenes. She based her hero on Dex from Dynasty and kept a photograph of him pinned to her noticeboard. We had long conversations about the imaginary Dex of her ‘novel’ and what he would do in any given situation.

My ‘novel’, meanwhile, was progressing quite nicely, I felt. My bumbling heroine, struggling to make ends meet, had opened a guest house in the Highlands of Scotland and soon encountered the brooding hero, who relished pointing out her many mistakes at every possible opportunity (‘You little fool!’).

But somewhere along the way, something strange happened. I began to care about my heroine and her guest house venture. She and the other characters in the story became real, living, breathing people to me. It was vital, suddenly, that she and the hero should get past their silly antagonism and find love…

I finished my book and sent it off to Mills & Boon. Of course they rejected it – it was derivative and badly plotted and… Well, there was so much wrong with it that it could have been used as an example of how not to write a romance novel. But it was too late. I had taken my tongue out of my cheek, and I was hooked on writing.

How difficult can it be?

Writing that ‘novel’ was the most difficult thing I’d ever done, and the most unexpectedly rewarding. I realised that I wanted to write something ‘for real’ – something true and honest and from my heart. And so began the long, hard, satisfying journey towards The Sweetest Poison. 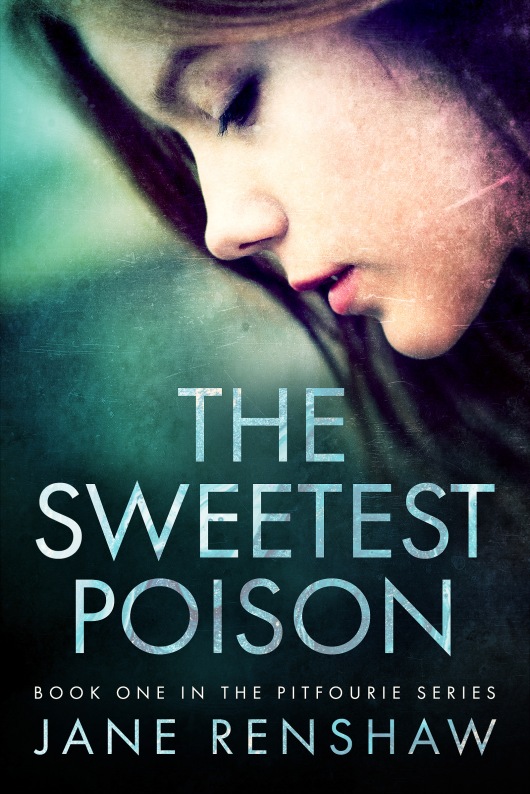 When life has cast you in the role of victim, how do you find the strength to fight back?

When she was eight years old, Helen Clack was bullied so mercilessly that she was driven to a desperate act. Now she is being targeted once more, but this time her tormentor’s identity is shrouded in doubt.

When her life starts to disintegrate, she flees home to the wilds of north-east Scotland, and to the one man she knows can help her – Hector Forbes, the dubiously charismatic Laird of Pitfourie, with whom she has been hopelessly in love ever since those hellish days in the school playground, when he was her protector, her rescuer, her eleven-year-old hero.

But is Hector really someone she can trust?

And can anyone protect her from the terrible secret she’s keeping?

It was a day like any other. The sun fell across the windowsill like it had yesterday morning, like it would tomorrow. She put her palm flat on the warm ledge and looked out across the yard and down the track to where it kinked across the burn. Then she turned and slowly walked right round the room, trailing her hand on the wall like a blind person, and thinking, stupidly:

Stupid because it was just walls, a little metal fireplace, a window, an old hook on the back of the door.

In the kitchen Mum was standing in the middle of the room, like a visitor.

‘Right, I think that’s everything.’

Their steps sounded too loud as they walked across the empty room, and Helen put her hand on the doorknob and opened the door and went through and out into the yard like she’d done all her life.

And now she was looking across the yard at the byre tap, set into the stone, a huge old thing, green where the copper had tarnished. She and Suzanne used to shove their fingers up it to make the water spurt out at each other. But the person doing the spurting always got just as wet as the one being spurted.

And – how daft was this? – she wanted to pull the tap off the pipe and put it in her bag. 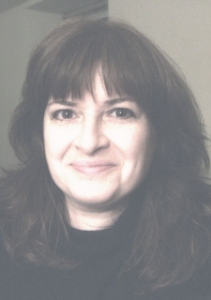 Having discovered early in her ‘career’ that she didn’t have what it takes to be a scientist, Jane Renshaw shuffled sideways into scientific and medical editing, which has the big advantage that she can do it while watching Bargain Hunt! Jane writes what she loves to read – series of novels in which the reader can immerse herself, which let her get to know an engaging, interesting and/or terrifying cast of characters slowly, in the same way you get to know people in real life. Ideally, the drama should be played out in a gorgeous setting, and the cast should include at least one dangerously charismatic, witty, outrageous protagonist with whom the reader can fall in love. A bit of murder and mayhem in the mix never hurts either… Hence the Pitfourie Series.

Jane Renshaw will be awarding a $20 Amazon/BN gift card to a randomly drawn winner via Rafflecopter during the tour. Find out more here.

Follow Jane on the rest of her Goddess Fish tour here.

4 responses to “Spotlight on Jane Renshaw”