Today, we have June Kearns entertaining us with her take on romance and romance writing. 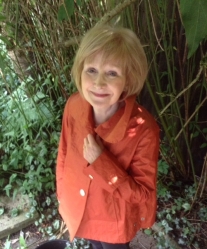 One of my earliest memories is being under the kitchen table, hidden by fringes of the chenille cloth and listening to the chink of teacups, laughter and whispered secrets between my mum and her sisters.

They all read romances – the quest to find the one person you were destined to spend your life with, that impulse buried deep in the natural world. Apparently, when you least expected it – zing would go the strings of your heart (or something like that!)

Without fail, the heroines in these stories were head-turning, heart-stopping beauties. One look, and the hero would be smitten.

At 13, I’d already decided that no-one would ever fall in love with me. Small, sturdy and self-conscious, I had hair that frizzed in damp weather and a tendency to flush easily.

How could I ever inspire love? Because this was how the world worked, wasn’t it?

It was a terrible blow.

Then, I read Jane Eyre.

Here was a heroine as plain and self-conscious as myself (and Charlotte Bronte!) who still sparked passion in the hero. I started to believe that passionate relationships could be generated by great conversations, argument and humour.

My first writing success, after leaving teaching to have my children, was winning a national magazine competition for the first chapter of an historical romance.

‘Why romance?’ people said, often with a sniff.

Apparently, (I’ve just read this in the newspaper!) romantic love is something we only started to appreciate here, roughly 100 years after the Norman conquest of Britain. Up until the 12th century, knights had regarded biffing each other as pretty much its own reward. After that, they needed to believe that the biffing was necessary to win fair ladies – the ones dangling their hair out of castle windows. Great stuff.

I’m concentrating on the sort of stories that I feel suit me best – sort of hist/fict/romcoms – with (hopefully) plenty of laughter, rat-a-tat dialogue, and cut and thrust of comic conversation – the sort they did so well in those fabulous 1930s and 40s films.

I’ve read some wonderful advice on this blog from other women.

Mine would be – don’t be afraid of just being yourself. For a long time, I didn’t believe that was good enough. (My star sign is Cancer – favourite position safely under the shell, peeping out!)

I spend a LOT of time staring at the wall in front of my desk – it’s chock full of helpful homilies and quotations! 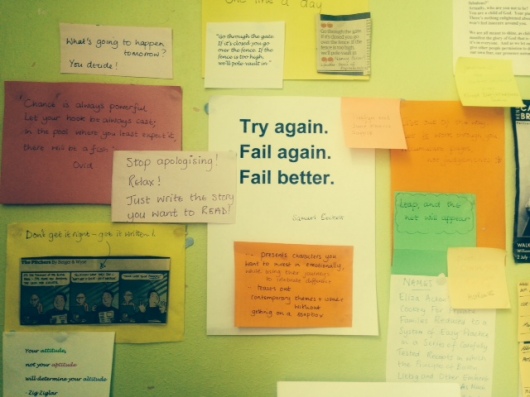 Samuel Beckett’s ‘Try again. Fail again. Fail better’ – is one of my favourites. And: ‘Stop apologising. Relax. Just write the story you want to read!’

Can two people from such wildly different backgrounds learn to trust each other? Annie and McCall find out on their journey across the haunting, mystical landscape of the West.

1924. The English Shores after the Great War.

When her jazzing flapper of an aunt dies, Gerardina Mary Chiledexter inherits some silver-topped scent bottles, a wardrobe of love-affair clothes, and astonishingly, a half-share in a million-acre cattle ranch in south-west Texas.

Haunted by a psychic cat, and the ghost voice of that aunt, Leonie, Gerry feels driven to travel thousands of miles to see the ranch for herself.

Against a background of big sky, cattle barons and oil wells, she is soon engaged in a game of power, pride and ultimately love, with the Texan who owns he other half.

Where to find June…

June, thank you for sharing your journey and insights. Best of luck with all your literary endeavors.