Today, we have Soul Mate author Eris Field sharing the challenges and triumphs of her first and second acts.

Act 1 of the First Act. At nineteen, a registered nurse and married to a Turkish doctor, I saw myself, not as an individual, but as part of a team. A team that worked together to build careers and to create a home and family that included five fantastic children. That stage of life is reflected in a biographical novel that I co-authored with my husband: Legacy of Change: The Saga of a Turkish Family from Empire to Republic.

Act 2 of the First Act. Taking care of the family, working, and teaching psychiatric nursing filled the next period of life in which I was both an individual and a part of a team. That stage is represented by the textbook that I wrote for psychiatric nurse practitioners: Psychiatric Advanced Practice Nursing: a Biopsychosocial Foundation for Practice.

Act 1 of the Second Act. As a widow, I struggled to find the me that was left over when I was no longer a part of a team. I went back to a very early love–romance novels. My first publication in that field was The Gift of Love and reveals, to some extent, my sense of being stripped of part of my identity.

Act 2 of the Second Act. Although we may start out as one individual, life adds layers of knowledge, exposes us to experiences, and teaches us values, molding the individual that we were into a new, burnished individual. Now, my writing centers on contemporary multi-cultural novels. The first one, Lattices of Love, is about a Turkish-American woman who wants a marriage based on love, not an arranged marriage. It is scheduled to be released by Soul Mate Publishing on June 11, 2014. The second, For Love of the Circassian, is about a beautiful refugee and the three men in her life: one who has her, one who wants her, and one who loves her. It is in review, and a third is in process.

The poet, Robert Browning said it well: “The best is yet to be, the last of life, for which the first was made. 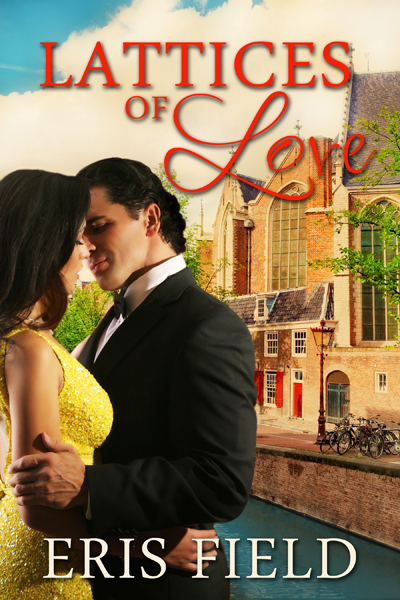 Emine Wheeler, a 26 year old Turkish-American professor of psychiatric nursing, wants to be free. She does not want to live any longer behind the lattices of old harem rules. Despite pressure from the Turkish grandmother she adores and her brother to accept marriage to a Turkish man they have approved, Emine is determined to marry for love, like her American father. She vows there will be love in her marriage.

At a psychiatric conference in Amsterdam, she meets Marc, a reticent Dutch psychiatrist who, believing that his colleagues blame him for his wife’s suicide, restricts his life to the safety of work and family that includes a troubled four-year-old he calls his daughter. However, when Emine encounters a problem with registration, he finds himself offering to help her.

Recognizing that Marc is the man of her dreams, Emine turns her back on the harem rule to avoid contact with men outside the family and accepts his help. Later, when Emine is faced with the choice of marrying a man she does not love or damaging her family’s honor, Marc offers a solution, a marriage of convenience. She will have the protection of marriage and he will have a mother for his daughter. Believing that her fierce love for Marc will be enough, Emine accepts only to discover that it is not, and when Marc falsely accuses her of betrayal, she flees. Marc realizes belatedly that he loves Emine beyond everything in his life but will his love be enough to entice her back?

Target line: To seek love requires courage but to let love own you requires risking everything.

Born in her grandfather’s home on Field’s Road, Eris spent her early childhood in Jericho, Vermont. At 17, she left Vermont to attend Union University School of Nursing in Albany, New York where she met her future husband, a surgical intern from Istanbul, Turkey. After they married and moved to Buffalo, New York, Eris worked as a nurse at Roswell Park Cancer Institute. When their five children finished high school, Eris completed her Master’s in Psychiatric Nursing and taught psychiatric nursing at the University at Buffalo.

Eris’ first publications were a biographical novel, Legacy of Change: The Saga of a Turkish Family from Empire to Republic, that she co-authored with her late husband and a textbook, Psychiatric Advanced Practice Nursing. Now, she lives in a ‘snow-belt’ town in Western New York and writes what she loves to read–contemporary, cross cultural romances.

She is a member of the Romance Writers of American and the Western New York Romance Writers group. Her interests include supporting the Crossroads Springs Institute in Kenya for children orphaned by AIDS and visiting as many fascinating places as she can.

Where to find Eris…

What a beautifully layered life! Thank you for sharing your journey, Eris, and congratulations on the release of Lattices of Love.