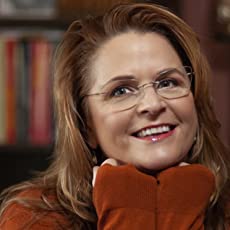 Daughter, sister, wife, mother, friend. My husband and I eloped after knowing each other three months. three months after we were married, I became pregnant with my daughter, Paisley. So, we had our daughter and nine days later had our first anniversary. Twenty months passed and we had our son, Charlie and I started a business. We dug in and had a fantastic and exciting life together filled with friends, sports, the business, charities and fun.

The kids graduated from high school and our very busy life came to an abrupt halt. It was hard enough saying goodbye to my daughter at college, but when my son left two years later, the house became very quiet. I had written my first book and self-published it but didn’t really know much about the business. I had extra time on my hands and was interested in exploring this new craft.

After I published the first one, I wanted to try to write a series. I was going to a lot of classes and conferences. At the conferences, people go to a kind of cattle call where they pitch their books to agents, editors and publishers. I didn’t have a book yet, so I pitched an idea for a series on Greek mythology and modern-day descendants. Kind of a Percy Jackson meets Nora Roberts. The response was overwhelmingly positive, and I began the series, just releasing book two July 27th.

Last Monday, I began writing book three and will have a side novella come out around Christmas time. I also will be turning all my books into audio next year.

Well, I’m no expert, but I wasn’t prepared for all the marketing that goes into a book and find myself continually playing catch up. If I had it to do over again, I would’ve written two or three books first, while establishing a simple media presence. The editing process takes a long time too, so I would have started with book one and got that out while doing the time consuming editing and marketing, all the while knowing I didn’t have to be writing the next book so quickly because I had two or three in the coffers. It just gives you time rather than writing one, editing, and releasing, then writing, editing and releasing.

My favorite quote of all time is from the movie, Hope Floats. Beginnings are scary. Endings are usually sad, but it’s the middle that counts the most. Remember that when you find yourself at the beginning and give hope a chance to float up, and it will.

My other favorite quote is from Betty Jean Eadie, author of Embraced by the Light. I met her once and she is amazing. She said…Everyone is a writer, some people just don’t know their own story.

I don’t know if she knows how much that resonated with me, but it was very powerful. 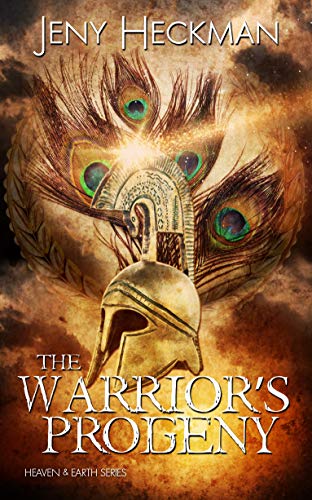 If love dies, can it be reborn…only stronger?

Colton Stone is a newly traded tight end whose reputation is as battered as his football helmet. When he receives a vacation invitation from his new teammates, he accepts. There he collides with Dr. Lillian Morgan, a pediatric cardiovascular surgeon, and doesn’t know what to think.

A widow with two children, Lilly is looking forward to her friends’ wedding. When she meets Colton Stone, his arrogant attitude only makes her long for the love she took for granted. Lilly struggles between letting go of her perfect past for an uncertain future.

Strange events occur, out of the realm of normal consciousness. When black energy touches their world Colt and Lilly become the pawns of the immortal Greek gods. Is the love developing between them natural, or part of a larger prophecy?

Award-winning author, Jeny Heckman, was born in Bellingham, Washington, and was the youngest of two daughters. She met her husband, Jeff, in August 1992, and eloped three months later, at Magen’s Bay, on St. Thomas, U.S.V.I.

She wrote her first book, the Catch, in a few short months but took several years before she gained the courage to self-publish it at her son’s urging, and her love for writing began.

In 2018, Jeny knew her next project would be a series that showed adults could have adventures in the paranormal-fantasy genre too. So, she created the Heaven & Earth series, a story of doomed Greek gods and their only salvation, their modern-day descendants. Her first book of the series, the Sea Archer, was immediately picked up by the New York publishing house, the Wild Rose Press, and won, “Best in Category” from the 2018 Chanticleer International Book Awards.

In the year 2020, Jeny released, Dancing Through Tears, a short story from the anthology, Australia Burns: Volume Two, highlighting the Route 91 massacre from the perspective of one family at the concert, and at Mandalay Bay. She also intends to release, the Warrior’s Progeny, and Dee’s Cornucopia, in 2020, continuing the Heaven & Earth Series.

Jeny lives in Washington State with her husband of over twenty-eight years.