I’m happy to welcome back award-winning author Caroline Warfield. Today, shares interesting facts about the setting of her new release, The Price of Glory. 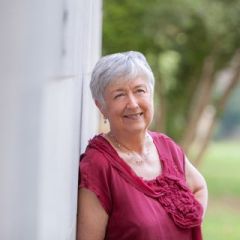 I am an avid traveler, and the places I visit often turn up as settings for my novels. The Price of Glory, my newest work which will launch on July 7, is set in Egypt and Nubia, what is now northern Sudan. I have, alas, visited neither one. This time I had to rely on my imagination. I’m left with a longing to go there. Here is my list of ten things I wish I could see or experience that appear in the novel:

1.The Karnak Temple complex near Luxor, particularly the Great Hypostyle Hall that awed my hero. I also want to see the obelisk of Queen Hatshepsut. My hero reads the inscription to the heroine. By moonlight. That would be perfect, but I’ll settle for daytime. 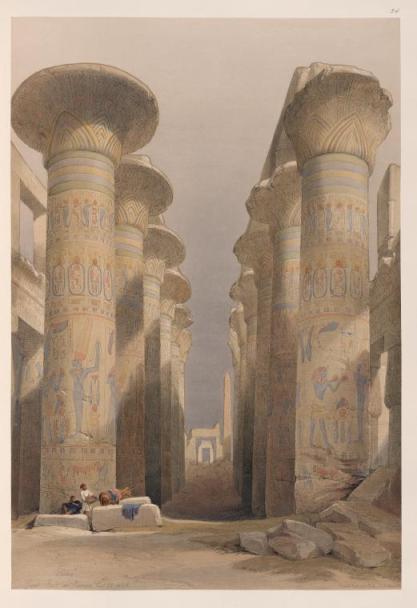 2. Dahabiyas, traditional Egyptian sailing boats, with their graceful triangular sails, on the Nile. They come in many sizes, and I fell in love with paintings and photos. I would love to travel from Cairo to Khartoum on one, but I think maybe that is no longer possible.

3. The ruined pyramids at Meroë at sunrise, possibly from a tourist camp.

4. The place where the Blue Nile meets the White.

5. The rock-cut temples of Abu Simbel, even though they have been relocated due to the building of the Aswan Dam. They are now part of a UNESCO World Heritage Site called the Nubian Monuments along with the Temple of Isis at Philae. My hero laments the damage being done by Western pillaging. It is good do know this treasure was saved. 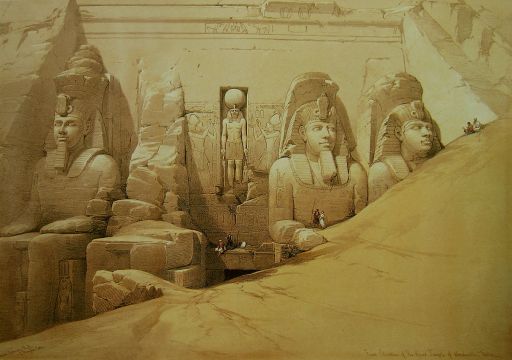 6. Cairo’s souk, Khan el-Khalili. It is no doubt a tourist trap today, but then, it probably was bit of one in 1839 when my hero scoured the back lanes looking for genuine artifacts, particularly anything from Meroë.

7. The camel market at Khartoum. The book includes a flight across the desert with a camel caravan. I’m not so sure I want to try that.

8. A fishing village along the Red Sea.

9. The historic Islamic quarter of Cairo. It is always hard to picture how a place looked 180 years ago, but I would give it a try.

10. Shepheard’s Hotel des Anglais in Cairo. Alas it is gone. It burned down during anti-British riots in 1952 after 120 years of catering to Western adventurers.

I might find time for the great pyramids and the sphinx, but I suspect a view from a distance would suit me fine. I have a weakness for museums, however, so I am certain that, if I’m ever so fortunate as to make this trip, I would spend hours in the as yet unopened Grand Egyptian Museum (also called the Giza Museum). Delayed by Covid and other challenges it will be the largest archaeological museum in the world when open. I won’t miss the National Museum of Sudan either. It houses a comprehensive Nubian archaeological collection, including artifacts from Meroë.

The Price of Glory tells the story of one man’s pursuit of knowledge that will bring him fame and respect, only to find it upended by a woman determined to serve the people of Egypt. Neither has any idea where this journey will take them when they embark down the Nile toward Nubia and its mysteries, ancient and modern.

Richard Mallet comes to Egypt with dreams of academic glory. He will be the one to unravel the secrets of the ancient Kushite language. Armed with license to dig, he sets out for Meroë, where the Blue Nile meets the White. He has no room in his life for dalliance or entanglements, and he certainly doesn’t expect to face insurrection and unrest.

Analiese Cloutier seeks no glory—only the eradication of disease among the Egyptian women and children of Khartoum. She has no interest whatsoever in romantic nonsense and will not allow notions about a lady’s proper role to interfere with her work. She doesn’t expect to have that work manipulated for political purposes.

Neither expects to be enchanted by the amorous power of moonlight in the ruins of Karnak, or to be forced to marry before they can escape revolution. Will their flight north take them safely to Cairo? If it does, can they build something real out of their shattered dreams?

***Available on Kindle Unlimited or for purchase here***

Award winning author Caroline Warfield has been many things: traveler, librarian, poet, raiser of children, bird watcher, Internet and Web services manager, conference speaker, indexer, tech writer, genealogist—even a nun. She reckons she is on at least her third act, happily working in an office surrounded by windows where she lets her characters lead her to adventures in England and the far-flung corners of the British Empire. She nudges them to explore the riskiest territory of all, the human heart.

Where to find Caroline… 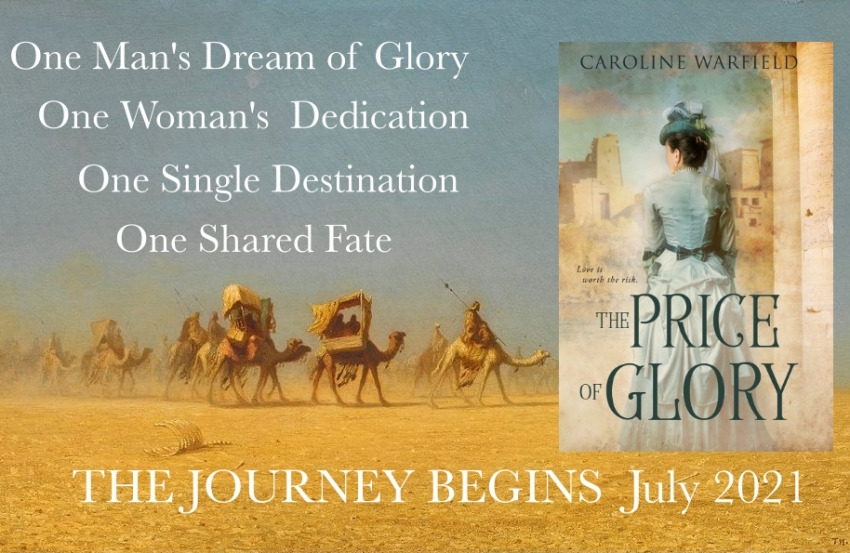