Susan James is sharing Time and Forever…The ebook is available for 99¢ on Amazon (US) and Amazon (UK), today and tomorrow (April 19 and April 20).

Two women in their sixties time travel to 1969 — London and Los Angeles.

But time travel has rules. And that’s a problem.

Being in their sixties has its perks. Sherry is a successful businesswoman. Lorena’s an actress on a popular sitcom. Sherry’s husband dumped her for a younger woman eighteen years ago. Lorena’s husband died of cancer. Sherry wants a second chance at love. Lorena doesn’t think second chances are possible. She can’t imagine loving anyone but Dave.

But when a glitch in a Virtual Reality Adventure game sends them back to 1969 London, “possible” takes on a whole new dimension. Are they willing to pay the price to alter their future?

I was captivated from the first page and stayed up late two nights in a row to finish reading.

Best friends Sherry and Lorena decide to embark on a virtual reality adventure back to the summer of ’69. Obsessed with the memory of a handsome stranger she once kissed on a London train, Sherry hopes to rewrite history and indulge in an unforgettable fling. Lorena later returns to her own unlived adventure during the summer of ’69 in Los Angeles.

The “what if” aspects of this novel make the storyline so compelling. While these scenarios could never be explored in the real world, it is heartwarming to read about two women who are able to navigate the ups and downs of relationships in extraordinary circumstances.

Susan writes second chance romances with a touch of magic as Susan B. James and children’s books as Susan J. Berger.She writes older heroines because she is chronologically gifted and enjoys creating characters who remember that change is only on the outside. Inside our older shells is a much younger psyche.

Where to find Susan James…

Where to find Susan Berger… 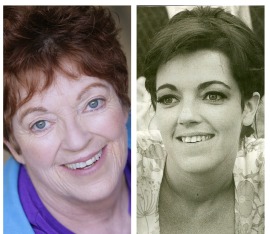 When writing time travel, it’s important to know what existed when. My characters in Maybe This Time jump forward to 2006 hoping to mend a glitch in time. I choose 2006 because computer technology leapt forward in the five years between 2001 and 2006. But there were a few things I thought existed in 2006 that didn’t.

Here are ten things I can’t imagine life without today that began their existence in 2006 and 2007.

1. LCD Flat Screen TV. Technically these were “around” before 2006. But that was the year they were made affordable for people to buy commercially, and now they’re everywhere.

2. Facebook. While it was available to college students in 2004 Facebook opened its doors to everyone aged 13 and older with a valid e-mail address on September 26, 2006.

3. Twitter was launched in July 2006. The world embraced the service which allowed only short bursts of information of 140 characters or less. Twitter grew from 400,000 tweets posted per quarter in 2007 to 500 million tweets per day.

4. YouTube was launched in 2005. Every day people watch some of the hundreds of millions of hours worth of content, generating billions of views. It’s physically impossible to watch every video uploaded to the site as it would take over 1,000 years. I have a YouTube channel for videos of some of my acting roles. Not all of them, because shows like American Horror Story do not allow you to post scenes.

5. The iPhone. Released in March 2007. I thought it was earlier. But in 2006 the most advanced phone was the Blackberry Pearl. Jen, my heroine can’t understand why anyone would name a phone after a piece of fruit.

6. The selfie. Obviously we couldn’t take selfies until someone invented the reversible camera. Selfies as a sport, didn’t become popular until the invention of the iPhone. This selfie, taken at the 2014 Oscars, momentarily broke Twitter.

7. E-Readers. The first Amazon kindle was launched in 2007 priced at $400 and was immensely popular, selling out within five and a half hours and remaining out of stock for months.

8. Small Independent Publishers and Self-Publishing. The demand for content for new e-reader opened up new avenues for authors. Not only did a host of independent publishers spring up, I am grateful that Soul Mate Publishing was one of them. New options for self publishing proliferated. I haven’t tried this yet because I am too chicken, but I’ve discovered wonderful books by self-published Authors.

9. Amazon Prime. I have had Amazon Prime since it started in 2005. For a flat fee of $79.00 I could have free two-day shipping. I added up what I had been paying in shipping for my bookaholic habits and decided it was worth it. Amazon Prime wasn’t launched in the UK where my heroine lives until 2007.

10. AirBnB. This alternative traditional hotels for short term stays and vacation rentals started in 2007. I’ve used it several times and I love it. In 2006 when Jen needed to find a short term apartment rental in Los Angeles she asked her waiter. (I always got my best apartment tips from waiters) 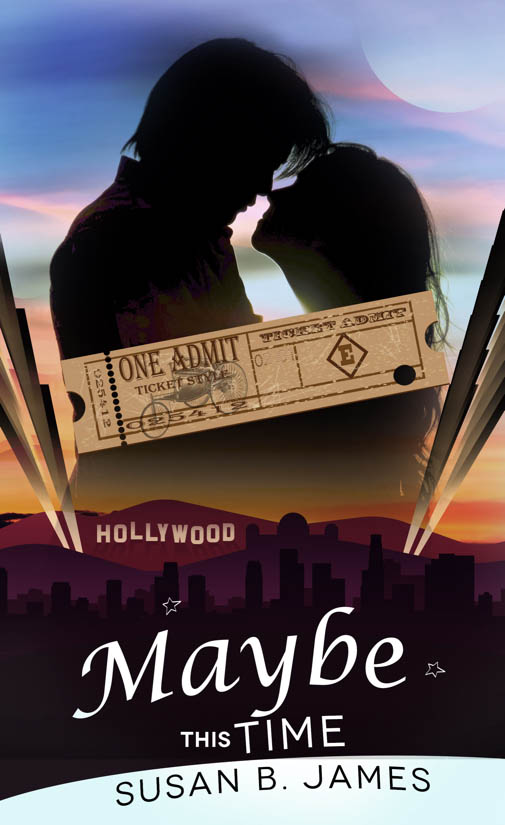 Their Happily-Ever-After is over before it begins unless they can change time.

Forty-nine-year-actress Jennifer Knight would rather eat worms than face her first husband. But when her niece Kat accidentally time travels them to 1988, she needs his help.

Computer guru, Lance Davies is more comfortable with machines than people. He never knew how to handle his beloved, mercurial Jen. But now her future self is here in front of him and he wants another chance.

Jen’s torn. Her traitorous body insists that home is in Lance’s arms, but her heart has trust issues.

Can two people whose timelines are thirteen years apart find a future where they can be together?

Susan writes second chance romances with a touch of magic as Susan B. James and children’s books as Susan J. Berger.She writes older heroines because she is chronologically gifted and enjoys creating characters who remember that change is only on the outside. Inside our older shells is a much younger psyche.

Where to find Susan James…

Where to find Susan Berger…