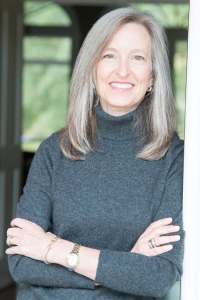 As my official bio says, I’ve dreamed of writing romantic fiction since I was fifteen and my older sister sneaked a copy of Kathleen Woodiwiss’ Shanna to me and told me to read it. The thought of creating my own world and my own characters sparked my imagination in ways nothing else had.

Now, fast forward some (ahem) thirty years. At the age of 46, I had a mid-life crisis. Yes, they really do exist! I was having a tough time adjusting to some recent changes in my life, and found myself in a very unhappy place—one I hope never to return to.

While I’d always wanted to write (see above) I’d never had the courage to do it. A friend strongly encouraged me to give it a try, thinking it might help me out of my funk. She was right.

It took me about six months to finish the first draft of what would be The Promise of Change. I submitted it to contests and received feedback. Grimace. After licking my wounds, I took the constructive comments and rewrote it, adding some 30,000 words to the original version. Admittedly, the first draft had been dreadful. Name a rookie mistake, and I made it.

But, in 2011, I learned that the unpublished manuscript was a finalist in a writing competition, The Royal Palm Literary Award. Two weeks after that, I received ‘the call,’ or in my case, ‘the email’ that Soul Mate Publishing wanted the book. Funny aside—the morning I received the email there wasn’t a soul around with whom to share my news. I called my husband, my sister, my best friend, and my beta reader. Got voice mail for every single one. ::Shakes head::

When I’d started my first book, I’d set a goal—get published before my 50th birthday, which, at the time, was two years away. I succeeded in getting two books published by the age of 49, and I haven’t stopped since.

I’ve published five novels with Soul Mate Publishing and embarked on self-publishing in 2017, releasing a three-novella series, and my latest novel, A Season to Dance, the first book in the four-book Seasons of Northridge Series. I’m certain I would not have had the courage to self-publish without some experience under my belt. I’ve learned so much about so many things, besides the craft of writing. I’ve educated myself on the publishing industry, taught myself to format, and design graphics and websites, and tackled marketing. And I’m still learning.

While I never want to enter that unhappy place again, I am so thankful I experienced it. Without that dark time in my life, I never would have pushed myself out of my comfort zone and discovered the joy of writing. Writing filled a void I never realized was there, and for that, I am forever grateful.

Olivia James and Zach Ryder were high school sweethearts, but at age eighteen, she left small-town Georgia for the bright lights and satin pointe shoes of Chicago’s Joffrey Ballet. Seventeen years later, Olivia’s come home for her mother’s funeral, nursing an injury that could likely end her meteoric dance career. Being back home stirs up old heartache, and seeing Zach again is not on her to-do list. Her best bet is get in, get out—a week at most. Then she’ll return to Chicago to rehabilitate her injury and salvage her career. But best laid plans often go astray . . .

Zach has never really recovered from Olivia’s departure, even though he always knew she was destined for fame, while he was destined for small-town life. Now Olivia’s back and he’s determined to protect his heart. But when he learns she’s staying in town longer than originally planned, Zach knows they are going to have to face the past to move on. He’s just not prepared for the beautiful woman she’s become or the effect she still has on his heart.

Small towns being what they are, Zach and Olivia are constantly thrown into one another’s paths, and it soon becomes apparent they still love each other. Will they give in to their rekindled desire and seize a second chance at happiness?

“Step out of the shower, with your hands up.”

Olivia James shrieked, even as her heart tried to escape through her throat.

Peering through the foggy blur of the shower doors, she saw two police officers, one who appeared to have a gun drawn and pointed directly at her.

She reached for the towel she’d slung over the shower door.

Her hands shot up. “I’m naked here! Mind if I turn off the water and cover myself? It’s not likely I have a loaded gun in the shower with me.”

Taking the silence as acquiescence, she shut off the water and slowly drew the towel from over the door where it hung before wrapping it around her body. She stepped out of the shower, her long dark hair dripping, and sucked in a breath when she looked into a pair of navy blue eyes lit with amusement—and something else. Shock, maybe.

His amused gaze traveled the length of her, making her shiver and leaving her feeling as if the towel were invisible.

Not that he hadn’t seen it all before. Up close and personal.

Zach stood tall and confident in a dark navy police uniform, clearly enjoying the situation far more than warranted. Her mother had told her that Zach had come home to join the Northridge Police Department, eventually becoming police chief.

Unlike Zach, who stood with arms folded across his chest, his stance relaxed, the other officer held a gun, his body language anything but relaxed. Olivia swallowed, licked her lips, and reached for the robe hanging on the hook outside the shower, her movements slow and tentative.

“Don’t move,” Deputy Fife commanded, fierce concentration written all over his face. “What is your name?” he asked, gun still pointed at her.

Apparently unwilling to take his chief’s word for it, Cole continued, “Ma’am, I’m going to need to see some identification.”

At the use of his name, Olivia finally recognized Deputy Fife as Cole Lewis. “Oh, for heaven’s sake, Cole, you were three grades behind me in school.” She waited for him to recognize her and relent. When he didn’t, she heaved a disgusted sigh and tip-toed carefully across the bathroom floor, trying not to bust her ass on the wet tile. All she needed was another injury. “Could you just turn your back?”

She could have sworn she heard a chuckle from Zach, covered by a cough. Then she groaned her frustration and cast a doleful glare at Zach. “Okay, fine, but I have to go to the closet to get my wallet.”

She headed for the closet and heard a hiss of indrawn breath, then another cough. She glared over her shoulder to give them a dirty look, and upon seeing the reflection of her bare ass in the mirror, realized she’d provided a peek at her derrière. Yelping in embarrassment, she yanked the towel closed.

Olivia returned with her driver’s license and handed it over to Cole. He examined her license then back at her, studiously avoiding anything below the neck. Finally convinced she was who she said she was, he handed her license back to her and holstered his gun. “Ma’am, did you know your security alarm went off?”

Alarm? Since when did her mother have an alarm system? “No. I didn’t even know there was an alarm.”

Cutting a glance at Zach, she couldn’t help thinking he still looked good. No. He looked better than good. The lean, athletic teenager had filled out in all the right places, making what should have been an unremarkable police uniform look downright sexy. He wore his light brown hair shorter than he did in high school, and it appeared more finger-combed than styled. But it was his eyes that drew her. A deep navy blue, the color of dark-wash denim.

“Why didn’t you answer the phone when the security company called?” Cole continued his interrogation.

Rolling her eyes, she indicated the wet hair and towel with a wave of her hand. “Because, as you can see, I was in the shower and didn’t get out to answer the phone.”

Taking pity on her, Zach reached for her robe and handed it to her with a shit-eating grin.

“Thanks.” Their hands brushed, and the tingle she’d felt as a teenager had not faded in the seventeen years since she’d last touched him. Kissed him.

His gaze caught and held hers for a breath, and she thought she’d glimpsed . . . something in their deep blue depths. A flicker of lust, followed by regret?

Anger returning, she spun away from them and slipped on the robe, wrapping it tight before facing them again. “Well, as you can see, I’m not here to rob the place, so, if you don’t mind, I’d like to get back to my shower. I have a funeral to attend.”

Read the rest of Chapter 1 here. 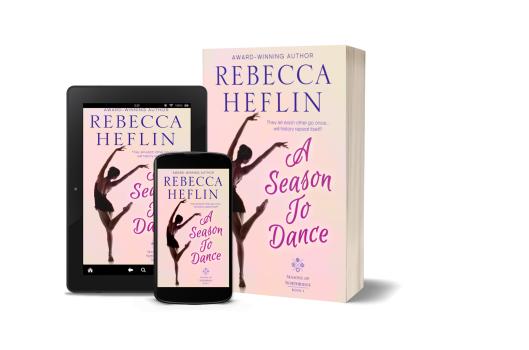 Rebecca Heflin is an award-winning author who has dreamed of writing romantic fiction since she was fifteen and her older sister sneaked a copy of Kathleen Woodiwiss’ Shanna to her and told her to read it. Rebecca writes women’s fiction and contemporary romance. When not passionately pursuing her dream, Rebecca is busy with her day-job at a major state university.

Rebecca is a member of Romance Writers of America (RWA), Florida Romance Writers, RWA Contemporary Romance, and Florida Writers Association. She and her mountain-climbing husband live at sea level in sunny Florida.

Where to find Rebecca…

Welcome to the Trailer Tuesday series!

Today, I am pleased to feature a trailer from Soul Mate author Rebecca Heflin.

Dreams of Perfection is Book #1 in the Dreams Come True Series. Best-selling romance author, Darcy Butler, is holding out for perfection in the form of her own carefully-crafted heroes. But when her latest hero, Blake Garrett, comes to life, will she find perfection isn’t truly perfect?

Where to find Rebecca…