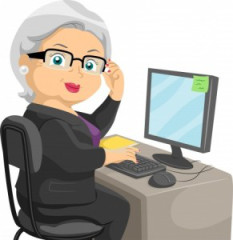 What is “vintage” romance? It reads like contemporary but it truly isn’t. The era defined as vintage are the years ranging from the end of World War II up until the turn of the century. Some publishers still cut off at 1990, but most accept 1999 as the end of the vintage time period.

I’m a child of the sixties. I love pulling up old memories and turning them into something shiny and new. And, because I’m working from memory, the research is less time consuming than any other historical period.

Sure, I have to occasionally break out Google or my Encyclopedia Britannica volumes (yes, I still have them). The wealth of information on the fifties, sixties and early seventies is like a treasure trove of romance. It’s a time where young ladies were still prim and proper, still lived at home with their parents, and still held traditional jobs (e.g., teachers, nurses, secretaries).

“Home sweet home,” he said. “Or, at least I assume you still live with your parents. I guess I should have asked.”

She bit back an outright laugh in favor of a more ladylike chuckle. “Yes, I do still live at home. According to my mother, it’s the proper thing to do.” ~ Excerpt from Only Yours (1965)

The timeframe is virtually untapped in the romance genre, despite the multitude of possibilities for creating a lasting romance. The beauty of it is, you can go “clean” and use the time period as a guide for proper behavior. Or, you can develop a feisty heroine and spice it up a bit.

“I’ve been playing the part of Billy’s girlfriend for nearly a year now. It’s put a damper on my social life.”

“Your social life?” he repeated. She sighed and then grasped his arm in her firm grip. He had no choice but to turn and face her.

“Don’t look so surprised. This is the nineties, not the fifties. Women control their own sexuality. We choose who we sleep with and when.” ~ Excerpt from Do You Want Me (1991)

Even though that particular “feisty” woman was an early 1990’s version, women of the sixties and seventies also pushed the boundaries on occasion. In my latest vintage novella, Paging Dr. Cupid, my heroine aspires to be a concert pianist, even going so far as to travel from California to New York to train. Then, when unfortunate circumstances pull her home, she again steps out of her comfort zone by taking a job for which she’s ill prepared.

A half-hour later Grace tossed back the last mouthful of lukewarm coffee and closed the cover on the first of two instruction manuals. “Okay, new electric beast, let’s see what you can do.”

Tentatively, she rolled a piece of blank paper into place and poked at the stationery carriage. When she pressed the switch on the side of machine, the motor hummed to life. She’d barely placed her hands on the keyboard when the font ball began spinning wildly and spitting out the letter ‘j’ across the width of the page. Her heart hammered inside her chest in perfect time with the tiny metal device.

Jerking her hands back from the keyboard, she reached for the power button and flipped it to the ‘off’ position then drew a breath to calm her racing pulse. ~ Excerpt from Paging Dr. Cupid (1967)

There are far too many significant events of the vintage period to list them all here, but a few that lend themselves to a romance include:

• Music. The advent of rock and roll in the mid-50s to early 60s holds a wealth of possibilities. In my five-novella anthology Play It Again, the individual stories are all based on early rock and roll song titles. And, let’s not dismiss the British invasion of the 1960s.
• Politics. As unflattering a possibility as it is in today’s day and age, politics in the fifties and sixties was glamorous. Who didn’t believe in Camelot?
• Fashion. In the fifties and sixties, hems were still low, hair was high, and fashion was just beginning to grow as a multi-billion dollar industry. Then, of course in the seventies, everything changed, including the juxtaposition of the hems and hair!
• Virginity. The difference between clean and daring. The tenuous line between propriety and free love occurred during the sixties and seventies. A challenging romance can be formed from the heroine’s decision to give it up before marriage.
• Stereotypes. The lines between male and female jobs and responsibilities shifted dramatically during the vintage time period. Women became doctors instead of nurses. Female lawyers took the world by storm, combining legal expertise with a woman’s compassion. Women in more traditional jobs (nannies, secretaries) took their professions to higher levels of expertise.

These are just some of the reasons to love writing books set in the vintage period. I invite you to check out all my vintage stories on the books page of my website. Feel free to put on some old Beatles tunes and let your imagination wander! 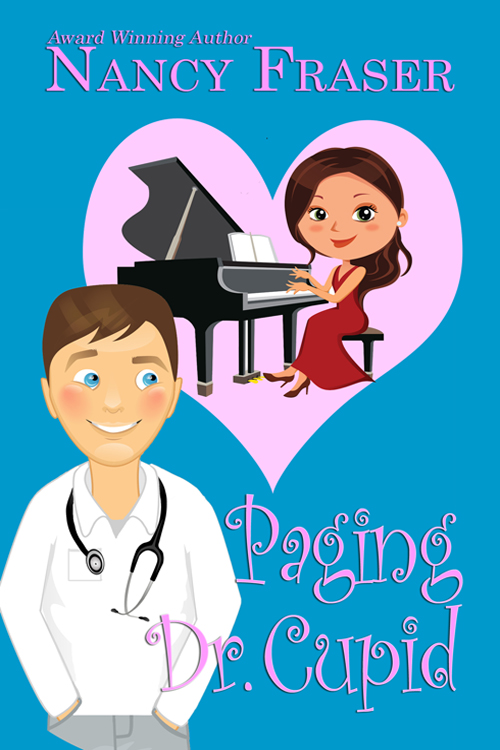 Newly appointed Chief of Emergency Medicine Dr. Garrett Langley can’t seem to find a secretary to keep up with his demands. His love life isn’t going so well, either. He recently lost his long-time girlfriend to his older brother and saw a workplace romance end in disaster, leaving him with a busy career but no love life.

Piano prodigy Grace Valentyne forfeited the second half of her Julliard scholarship to come home to California and care for her mother. Now, with her mother gone, she must find a job in order to pay for the remainder of her education. When offered the opportunity to work for the physician nicknamed Dr. Cupid, she jumps at the chance.

Grace soon finds herself in over her head—and not just with the office equipment. But falling for the boss won’t get her back to Julliard. She needs to keep her focus and not let the sexy doctor derail her professional goals.

Like most authors, Nancy Fraser began writing at an early age, usually on the walls and with crayons or, heaven forbid, permanent markers. Her love of writing often made her the English teacher’s pet, which, of course, resulted in a whole lot of teasing. Still, it was worth it.

Published in multiple genres, Nancy currently writes for four publishers. She has published twenty-two books in both full-length and novella format. In November 2016 Nancy celebrated twenty years as a published author and will release her 25th book in mid-2017.

When not writing (which is almost never), Nancy splits her free time between her five grandchildren. She’s also an avid traveler with Las Vegas being her favorite destination. Nancy lives in Atlantic Canada where she enjoys the relaxed pace and colorful people.

Where to find Nancy…