I’m happy to welcome four authors–Teresa Inge, Heather Weidner, Jayne Ormerod, Rosemary Shomaker–to my blog. Today, they share their latest release, To Fetch a Thief, and in the Power of 10 segment, they disclose ten interesting facts about the anthology. 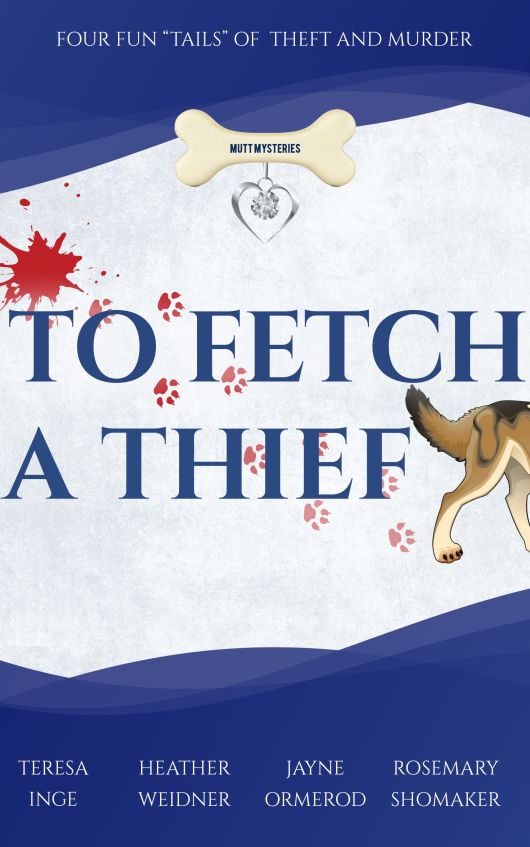 To Fetch a Thief, the first Mutt Mysteries collection, features four novellas that have gone to the dogs. In this howlingly good read, canine companions help their owners solve crimes and right wrongs. These sleuths may be furry and low to the ground, but their keen senses are on high alert when it comes to sniffing out clues and digging up the truth. Make no bones about it, these pup heroes will steal your heart as they conquer ruff villains. The collection includes the following stories:

“Hounding the Pavement” by Teresa Inge
Catt Ramsey has three things on her mind: grow her dog walking service in Virginia Beach, solve the theft of a client’s vintage necklace, and hire her sister Emma as a dog walker. But when Catt finds her model client dead after walking her precious dogs Bella and Beau, she and her own dogs Cagney and Lacey are hot on the trail to clear her name after being accused of murder.

“Diggin’ up Dirt” by Heather Weidner
Amy Reynolds and her Jack Russell Terrier Darby find some strange things in her new house. Normally, she would have trashed the forgotten junk, but Amy’s imagination kicks into high gear when her nosy neighbors dish the dirt about the previous owners who disappeared, letting the house fall into foreclosure. Convinced that something nefarious happened, Amy and her canine sidekick uncover more abandoned clues in their search for the previous owners.

“Dog Gone it All” by Jayne Ormerod
Meg Gordon and her tawny terrier Cannoli are hot on the trail of a thief, a heartless one who steals rocks commemorating neighborhood dogs who have crossed the Rainbow Bridge. But sniffing out clues leads them to something even more merciless…a dead body! There’s danger afoot as the two become entangled in the criminality infesting their small bayside community. And, dog gone it all, Meg is determined to get to the bottom of things.

“This is Not a Dog Park” by Rosemary Shomaker
“Coyotes and burglaries? That’s an odd pairing of troubles.” Such are Adam Moreland’s reactions to a subdivision’s meeting announcement. He has no idea. Trouble comes his way in spades, featuring a coyote . . . burglaries . . . and a dead body! A dog, death investigation, and new female acquaintance kick start Adam’s listless life frozen by a failed relationship, an unfulfilling job, and a judgmental mother. Events shift Adam’s perspective and push him to act.

Social Media Links for To Fetch a Thief

10 Interesting Facts About To Fetch a Thief

1. Darby, the Jack Russell Terrier in “Digging’ up Dirt,” is based on one of Heather Weidner’s JRTs. Darby and Disney share the same brown and white markings, and both dogs love going for walks, napping, snacking, and digging in the backyard.

2. Cannoli, the tawny terrier featured in “It’s a Dog Gone Shame!” is so named because his fur reminds Meg, the main character, of her Grandmother’s cannoli. (Jayne Ormerod got the idea from her son who had mentioned he thought it would be a great name for a dog. She had to agree. And she loves Cannoli!)

3. Whether sheprador ears “stand” is determined by genetics. Will the standing ears of the German shepherd or the floppy ears of the Labrador retriever prevail? In Adam’s pet, her ears do “perk” into a half-stand and are smaller than Labrador ears. Her acute canine hearing draws Adam toward danger in Rosemary Shomaker’s “This is Not a Dog Park.”

4. Teresa Inge’s own dogs, Luke and Lena, appear in her story, “Hounding the Pavement.”

5. Heather Weidner is enamored with pop culture, and she always includes references in her books and short stories. The Jack Russell Terrier is named for John Grisham’s character in The Pelican Brief, and the chatty neighbors’ surname is homage to characters in “Bewitched.”

6. Cannoli loves his daily walks to the Dog Gone garden to visit the commemorative rock of his BDF (Best Dog Friend) Scruffles. The trips become more frequent as he and Meg investigate a murder in the garden.

7. The sheprador in Rosemary Shomaker’s “This is Not a Dog Park” is Adam Moreland’s unofficial emotional support animal, as most of our pets are to many of us. Without a pet, Adam’s isolation and unhappiness would grow. Adam’s dog has a human name, and you’ll learn why as you read the story.

8. Cannoli loves having his picture taken. He’s developed quite a following on Instagram. Can any of those photos help solve a mystery?

9. Teresa Inge based two of the dogs in her story on Yorkshire Terriers named Cagney and Lacey. They helped solve a theft in “Hounding the Pavement.”

10. Heather Weidner’s story is set in Chesterfield County (west of the capital Richmond). She lives in the Winterpock area, and the references in the story to its history are true. 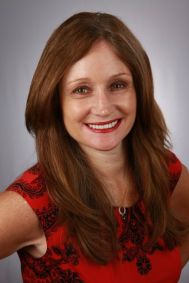 Teresa Inge grew up reading Nancy Drew mysteries. Today, she doesn’t carry a rod like her idol, but she hotrods. She is president of Sister’s in Crime Mystery by the Sea Chapter and author of short mysteries in Virginia is for Mysteries and 50 Shades of Cabernet.

Heather Weidner, a member of SinC – Central Virginia and Guppies, is the author of the Delanie Fitzgerald Mysteries, Secret Lives and Private Eyes and The Tulip Shirt Murders. Her short stories appear in the Virginia is for Mysteries series and 50 Shades of Cabernet. Heather lives in Virginia with her husband and a pair of Jack Russell terriers, Disney and Riley. She’s been a mystery fan since Scooby Doo and Nancy Drew. Some of her life experience comes from being a technical writer, editor, college professor, software tester, IT manager, and cop’s kid. She blogs at Pens, Paws, and Claws. 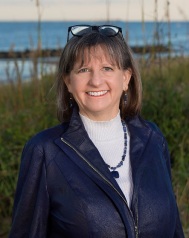 Jayne Ormerod grew up in a small Ohio town then went on to a small-town Ohio college. Upon earning her degree in accountancy, she became a CIA (that’s not a sexy spy thing, but a Certified Internal Auditor.) She married a naval officer and off they sailed to see the world. After nineteen moves, they, along with their two rescue dogs Tiller and Scout, have settled into a cozy cottage by the sea. Jayne is the author of the Blonds at the Beach Mysteries, The Blond Leading the Blond, and Blond Luck. She has contributed seven short mysteries to various anthologies to include joining with the other To Fetch a Thief authors in Virginia is for Mysteries, Volumes I and II, and 50 Shades of Cabernet.

Rosemary Shomaker writes about the unexpected in everyday life. She’s the woman you don’t notice in the grocery store or at church but whom you do notice at estate sales and wandering vacant lots. In all these places she’s collecting story ideas. Rosemary writes women’s fiction, paranormal, and mystery short stories, and she’s taking her first steps toward longer fiction, so stay tuned. She’s an urban planner by education, a government policy analyst by trade, and a fiction writer at heart. Rosemary credits Sisters in Crime with developing her craft and applauds the organization’s mission of promoting the ongoing advancement, recognition, and professional development of women crime writers.