I’m happy to welcome author Iris March. Today, Iris shares ten of her favorite foods and her new release, The Story That Made Us Stronger.

My 10 favorite foods – and how most of them are incorporated into this book!

Thanks for having me, Joanne. I’m really excited to be talking about my new novel, The Story That Made Us Stronger. It was inspired by my sister’s struggle of having Hodgkin’s lymphoma while pregnant with twins. Her story is told indirectly through the veil of the main character’s obsession with discovering the past uses of an abandoned building on his running route. The character based on my sister, Katie, helps Connor, the main character, from her hospital room, where he cares for her as a nurse during her stem cell replacement procedure. He’s training for a half-marathon and is trying to eat very healthily during the period of the novel. I am not always a healthy eater, but I still incorporated a lot of my favorite foods into the story.

1 – Indian Food. Connor orders Indian food take out, makes aloo gobi at home, goes on a date at an Indian restaurant, and is overjoyed when his sister-in-law makes chicken masala food for dinner. He loves Indian food and so do I!

2 – Not so much meat. I’m not a vegetarian, but I could be one. Connor too. When given the choice over a vegetarian dish or chicken or beef, I usually pick meatless or fish. Connor asks his mom to make meatless meatballs over spaghetti for his pre-race dinner. He never mentions making a meat-based meal at home but eats it when other people make it for him, mostly at his brother and sister-in-law’s house. I never outright say any of this in the novel and wonder if readers notice or not. Let me know!

3- Popcorn. I have a lifelong love of popcorn. I eat it nearly daily. Connor makes popcorn for his nieces when they sleep over. It needed to be included somewhere!

4 – Oatmeal. I eat oatmeal with chocolate and almonds almost every day for breakfast. Connor eats oatmeal frequently too but makes healthier choices for toppings.

5 – Chocolate. I have such a weakness for chocolate. Connor doesn’t struggle with this, but Leah tells him that there’s no reason to eat a sundae without chocolate. Agreed, Leah.

6 – My hometown pizza. General pizza is not my favorite. I could almost do without pizza, to be honest. But I will never turn down pizza made by my hometown pizzeria. That specific pizza is my very favorite. Their sauce is unique and their crust is not too crispy, not too soft. When Katie is leaving the hospital, she mentions that she’s craving her hometown pizza. Since Katie is based on my sister, she has the same hometown pizzeria and that’s the one I had in mind.

7 – Aloo Gobi. Going back to Indian food, aloo gobi is my favorite. It’s just potatoes and cauliflower in a light tomato sauce, but it’s just so so tasty. I’ve tried at least six recipes at home and just can not get it right. I pretend like Connor has a recipe figured out, but I sure don’t.

8 – Salmon. One night, Connor’s sister-in-law makes grilled salmon and asparagus. Salmon is my very favorite protein. Slow smoked over the grill is my favorite, but his sister-in-law didn’t have time for that.

10 – Falafel. Connor goes to a middle eastern restaurant and orders what I would: falafel with baba ghanoush. He says he could eat baba ghanoush all day. Me too, buddy! 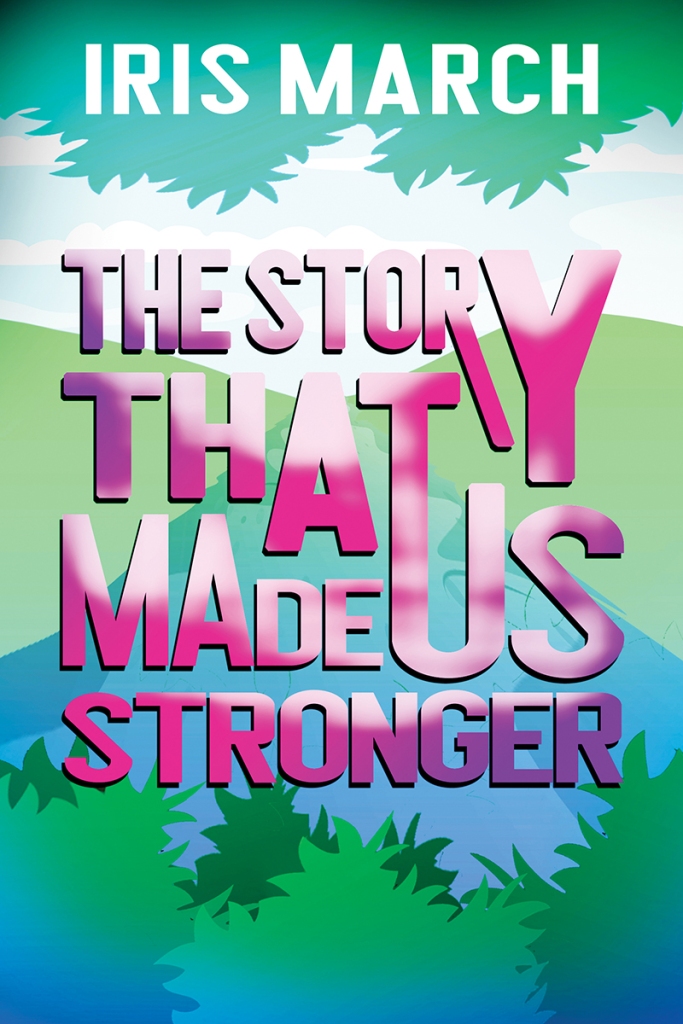 Do we have any favorite foods in common? Anyone else eat popcorn every night after their kid goes to bed?

Connor Jackson has been training for a half marathon for the past six weeks. Katie Brandt has been training to beat cancer for the past 50. When Connor discovers an intriguing secret in a tiny, abandoned building on his running route, Katie finds that the mystery is what she needs to help her get through her three-week stem cell replacement procedure. Together, Conner and Katie must find the strength to achieve their personal goals and, in the meantime, expose the many past lives that the tiny building led.

The next morning, at the start of my shift on the stem cell replacement ward, I was daydreaming about what might be inside the building. Why was it so small? What was the huge pole for? Did it connect to something inside the tiny room? Was there a dirt floor? Had animals invaded, and were they living in there now? Was there a basement?

After saying hello to coworkers, I looked over the patient charts. Then I set off to check in on my first patient of the day, Katie.

“Good morning, Katie.” I said as I entered her room, knocked on her door, announced my arrival and entered. This was her third day on the floor, and she was still feeling about as healthy as she had when she arrived. We jumped right into her daily weigh in.

“How was your night, Connor, my man?” Katie asked as I made notes on my laptop. Katie had shoulder-length, curly blonde hair and the most decked-out room I’ve ever seen in my six years working on this ward. The rooms are large, as comfortable as they can be for a hospital. She had brought her own bright-pink quilt and pillows, had strings of lights up and pictures plastered everywhere. One entire wall was covered with photos of amazingly cute kids. Katie and her husband, Travis, had a boy who would be three in a few months and twin girls who were just born five months ago, when Katie had full-on Hodgkin’s lymphoma. This lady had a lot to live and fight for. She was there to get a stem cell transplant to make sure she never had lymphoma again. It would take three weeks, and her health would really fade in the next few days as we killed all her white blood cells.

“Not as boring as my night. I’m already totally done with watching TV and movies.” She was twirling her hair. “I miss my little people so much.” 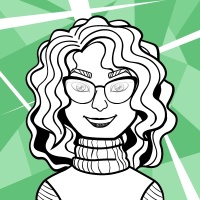 Iris March grew up the oldest of three sisters whose names all began with the same letter. Her sisters are still her best friends. March works in the sustainability field and also writes cozy mysteries in the Succulent Sleuth Series. She lives in Ohio with her husband, young son, and three cats.

Iris March will be awarding a $25 Amazon or Barnes and Noble gift card to a randomly drawn winner via Rafflecopter during the tour. Find out more here.

Follow Iris on the rest of her Goddess Fish tour here.

10 responses to “Virtual Book Tour: The Story That Made Us Stronger”