I’m happy to welcome best-selling author Liz Flaherty. Today, Liz shares the two acts of her life and her new release, A Year of Firsts. 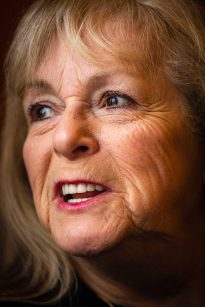 My first act was my life’s dream. I had a family I loved, a job I liked a lot, a house, and friends. It was, like everyone else’s dream-come-true, if one likes roller coasters. Fortunately, I do—or did then. Although the years were happy, there were also the days of being overwhelmed, of sitting alone in the bathroom wondering what to do, of having three teenagers in the house. In the middle of it was a year of “can this marriage be saved?” (It could.) I had months of hating the job and wept a gazillion tears over the kids. I couldn’t wait for it all to be over.

Until it was. Act One, Scene Two came with the empty nest. It was okay, much less hectic. Not nearly as much fun, but I had more writing time. I had a book published. Then a few more.

Then I retired, and Act Two happened because Act One ended.

It’s been such a surprise. Writing fulltime doesn’t mean I get more written—it means I waste more time. Marriage in retirement age isn’t easy—it’s hard! Losing friends no matter how you lose them, with death, dementia, and lack of interest taking center stage, is painful.

But those are the bad days. The good ones…no, the good years… are so good they’re hard to describe. The marriage is more fun, as is traveling, having remarkable grandchildren, and laughing with friends and family until your stomach hurts. The good days are most of them.

And then there’s the writing… And that’s where I am now. I’ve never been one to keep count of things, so I’m not sure how many books and novellas (and rejections) there have been, but, like I said before, they’ve been good years.

A Year of Firsts, Book One in the Second Chances series for Magnolia Blossom Publishing, is the story of Syd and Clay, whose own Act Twos are up the air and—for Clay at least—might be doubtful. I had so much joy and not a little angst writing this story. I hope you have that much pleasure in the reading, too.

Widow Syd Cavanaugh is beginning a “year of firsts” with the road trip she’d promised her husband she’d take after his death. An unplanned detour lands her in Fallen Soldier, Pennsylvania, where she meets the interesting and intelligent editor of the local paper.

Television journalist Clay McAlister’s life took an unexpected turn when a heart attack forced him to give up his hectic lifestyle. He’s still learning how to live in a small town when meeting a pretty traveler in the local coffee shop suddenly makes it all much more interesting.

While neither of them is interested in a romantic relationship, their serious case of being “in like” seems to push them that way. However, Clay’s heart condition doesn’t harbinger a very secure future, and Syd’s already lost one man she loved to a devastating illness—she isn’t about to lose another. Where can this relationship possibly go?

If I fall in love again, this will be how it happens.

The thought came from nowhere she could identify, although she knew deep in her soul that it had to do with the tall man in shorts and a polo shirt walking up the incline of her yard to meet her. The man whose heart would likely not last as long as her own, whose every wince made her fear he was having a heart attack. His attitude toward exercise and diet was that of the middle-aged man in perfect health he appeared to be, not one who had a zipper-like scar up the center of his chest.

But just the sight of him, with his light brown hair that needed cutting blowing into his eyes even though his graying beard was as always short and neat, made her heart beat harder and faster. She smiled, remembering his explanation of why he had a beard.

At first he’d said it was because he had a weak chin he didn’t want anyone to notice, but then he’d admitted it had been an ongoing struggle between him and a producer of his show. “He was pushy and I was usually compliant. It was a great gig and I knew it. But it got to where he wanted to…create the brand he wanted me to be, I guess. I mostly went along because he was a pretty smart guy who knew his stuff, but when I came back from vacation with a beard and he gave the order to have it gone before I went on the air, it became the proverbial last straw.”

Everyone had last straws sometimes, she thought abstractedly, stopping and waiting for him to join her. “Rehearsal was okay, wasn’t it?” she said, thinking her voice sounded horrifyingly breathy. It went along with the movie scenario. “I didn’t make a complete idiot of myself, did I? Or mess things up for other people? I never want to do that. Where’s Toby?”

Of course, she didn’t. People who were pocket protectors protected not only themselves, but others from themselves.

During all the long months of his illness, Paul had never seen her angry. She’d confined that to times alone. She’d hidden her anger to protect him, yet it had probably created a chasm between them. She should have let him see her last straws sometimes.

“He’s asleep. Braxton is staying the night.” Clay didn’t hesitate as he joined her, just put his arms around her and led her into a dance. “You were great.”

Syd wasn’t a good dancer, by any means. When friends used to tell her to “listen for the beat,” she always said, “what beat?” because she could never hear it. But she’d loved to dance anyway. It was emotion in motion, and sometimes…sometimes after Paul got sick it had been better than running screaming into the woods behind the house, which had been both an alternative and a temptation. Abba and Billy Joel and Journey had often brought some semblance of peace to the crashing cacophony of her anger.

She couldn’t remember the last time she’d danced in a man’s arms—probably at the girls’ weddings, when Paul was already having trouble moving but had been determined to dance not only with Haley and Shiloh but with Syd as well. It had been excruciating, the fear that he would fall and be injured or become so exhausted he couldn’t stay to enjoy the receptions.

The memory was fleeting, and of happy times, and then it was just Clay McAlister. Taller and more muscled than Paul had been, his arms creating a circle of light for just the two of them as they danced across the grass.

When he kissed her in the shade of the willow tree, she wasn’t sure where the stars came from, only that they filled her eyes and, for a long and tender moment, her heart. She’d been so tired when she came outside, but weariness gave way to the magic of the clear night and being in Clay McAlister’s arms. She’d set her glass down somewhere, or he had, leaving her arms free to go around him.

It couldn’t go anywhere, whatever “it,” this meeting of hearts and minds, was. She couldn’t go through it again, the caring for and ultimate losing of a man she loved. She didn’t think Clay wanted to settle into a committed relationship, either, and she didn’t know how to have any other kind.

“Boat ride?” he said quietly, meeting her gaze in the dim lights from the deck.

She nodded. That much, she could do. Saying no never even occurred to her.

Retired from the Logansport post office, Liz Flaherty spends non-writing time sewing, quilting, and doing whatever else she wants to. She and her husband Duane live in the old farmhouse in North Central Indiana they moved to in 1977. They’ve talked about moving, but really…40-plus years’ worth of stuff? It’s not happening. It would require removing old baseball trophies from the attic and dusting the pictures of the Magnificent Seven, their grandchildren.

10 responses to “The Good Years Are So Good”