Never run from a wolf!

Isadora Champagne is a witch on a dangerous mission to take down Lucius Luceres. That bad boy Alpha billionaire doesn’t deserve to have it all his way. Thinks he can dump her baby sister after a one-night stand and get away with it! But now that she’s met the shifter, keeping her heart safe from him is going to cost more than a curse to stop him, it just might cost her a pack with the devil himself.

Lucius of the House of Luceres is an alpha werewolf, secure in his bad-to-the-bone reputation. But when confronted by the beautiful Isadora one fateful night, even he can’t help but notice the extreme attraction that instantly ignites between them. But what he hadn’t counted on was how useful her magic gifts can be to the House of Luceres when one of their own goes missing.

Will he be able to set aside the centuries of mistrust that has existed between witches and shifters and allow her special brand of courage and caring heal even the most jaded heart? 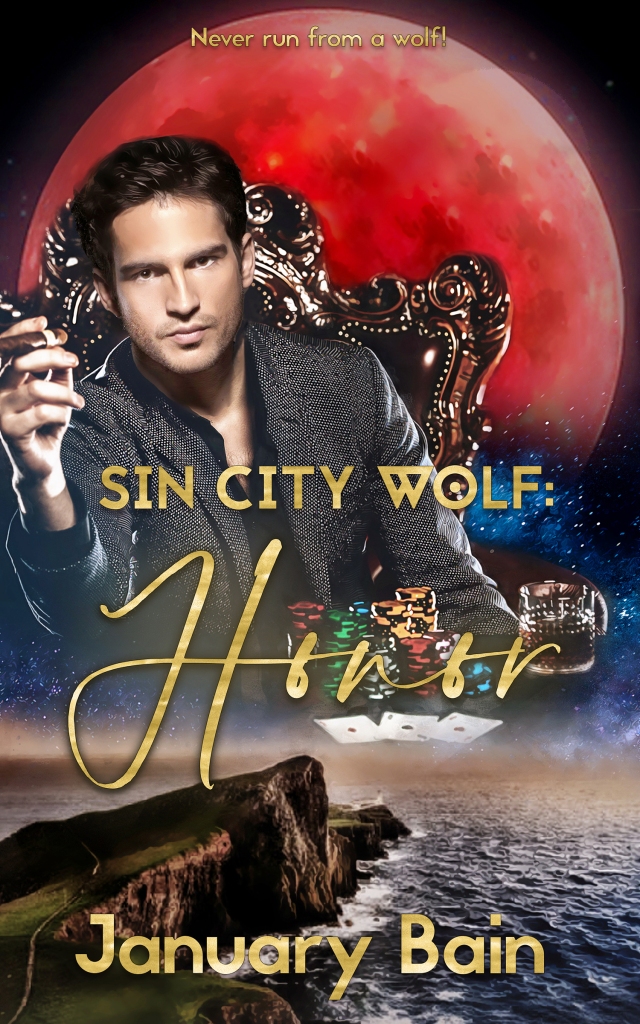 I placed an arm around Elena’s thin shoulders, my heart breaking for my younger sister who was the mirror image of me with her smooth fall of Titian hair, legs that didn’t quit and a bod that drew more than her fair share of attention. But she didn’t look like a goddess at the moment. She was sobbing as if her life were over. I’d never seen her this upset, not even when her first boyfriend had dropped her just before prom…though it had been fun enacting a spell to cause him to grow horns and a tail for the event.

Of course, I wouldn’t do anything like that again. If I’d learned anything, it was the cost of being rash in such endeavors. Everything one does has a karma attached to it, like it or not. Good deeds attract good energy. It was the way of the witch—or a good witch, which was what I considered myself. Okay, I had to work on it at times. Nobody’s perfect, right? But hell yeah, I tried to stay in the good-witch zone.

Elena turned her tear-stained face toward me. Her beautiful hair was tangled, oily from needing a washing, her eyes were red-rimmed and I swore she had lost weight in the past few days. Was she even eating? My sister, who prided herself on being well-groomed and whom I loved for her big generous heart, was beyond devastated, her eyes hopeless pools of pain.

“I know I was stupid to care so much. But he was so kind to me, so handsome and romantic. I thought we’d made a real connection. I wouldn’t have gone with him otherwise. You know that, right? I’m not easy. I’ve only been with a few guys.”

I rubbed her back. “He’s a damn fool. And no, you’re definitely not easy. You’re the best he could ever imagine being with. It’s his loss.”

“I should have known better. He’s too good for me, being a Luceres and all.”

My ire heated. “You’re as good as any Luceres. In fact, this proves you’re better. Why, your little finger is more special than all of him put together.”

“Then why didn’t he think so?”

My stomach squeezed into a fist. “Which Luceres was it? I’ve got an idea. We’re not going to let him get away with this.”

January Bain has wished on every falling star, every blown-out birthday candle, and every coin thrown in a fountain to be a storyteller. To share the tales of high adventure, mysteries, and full-blown thrillers she has dreamed of all her life. The story you now have in your hands is the compilation of a lot of things manifesting itself for this special series. Hundreds of hours spent researching the unusual and the mundane have come together to create books that features strong women who live life to the fullest, wild adventures full of twists and unforeseen turns, and hot complicated men who aren’t afraid to take risks. She can only hope her stories will capture your imagination.

If you are looking for January Bain, you can find her hard at work every morning without fail in her office with her furry baby, Ling Ling. And, of course, she’s married to the most romantic man! Who once famously remarked to her inquiry about buying fresh flowers for their home every week, “Give me one good reason why not?” Leaving her speechless and knocking her head against the proverbial wall for being so darn foolish. She loves flowers.

If you wish to connect in the virtual world she is easily found on Facebook. Oh, and she loves to talk books…

January Bain will be awarding a $50 Amazon or Barnes and Noble gift card to a randomly drawn winner via Rafflecopter during the tour. Find out more here.

Follow January on the rest of her Goddess Fish tour here