In 1794, Widowed Countess Eseld Trehearne seeks revenge for the brutal death of her female companion during a Paris riot. On her return to England, Eseld delves into espionage to defeat the French rebels.

A ruthless French spy fights for the common man while disguised as an English aristocrat. He’s intent on revenge against those who oppose him.

With the spy stalking them and Robert in fear for Eseld’s life, the fate of the couple verges on disaster.

Pierre entered the Blue Anchor tavern. At a table in the far corner, he sat and ordered a small beer. He reached into his greatcoat pocket and pulled out the letter he’d just picked up from the General Post Office. Crackling it open in the dim candlelight, he started to read the coded letter.

Men laughed and talked in the low-ceiling taproom, puffing on pipes. The word, “revolution,” popped up now and then. Had their arguments been for or against?

The nerve of the English to care about his country’s events, but the murder of useless royalty across the Channel had made George III fear for his crown. Now Britain, along with Austria, attacked France to demand the status quo.

A pretty wench in apron and cap sauntered up to his table.

“You promised to visit me. I’m that earnest to run my fingers through your hair blacker than coal, an’ gaze into them blue eyes. Handsome devil.”

Pierre was anxious to finish his note and turned from her. Another chit he dallied with. He heard her walk off in a huff.

He hunched down and snickered.

The note confirmed that a woman, a spoiled aristocrat, was in town to interfere with him.

“How delightful,” he muttered under his breath. Could that be the recent arrival, Countess Trehearne?

He crunched the paper in his fingers as if to rip apart anyone who impeded his operation. This woman, the delectable Eseld, would be easy to fool, and dispose of, if necessary. 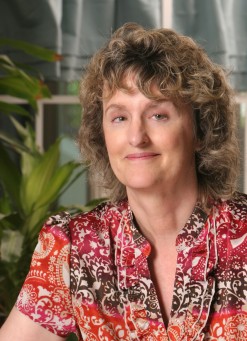 Diane Parkinson (Diane Scott Lewis) grew up near San Francisco, joined the Navy at nineteen, married in Greece and raised two sons in Puerto Rico, California, and Guam. She’s a member of the Historical Novel Society and wrote book reviews for their magazine. She’s always loved travel and history and has had several historical novels published. Her most recent is the Oyster War Novel set in the 1950s: Ghost Point.

Her spy novella, To Entice a Spy, set in England during the French Revolution—two former lovers chase a ruthless spy; will love rekindle as murder stalks them? — will be released on October 11, 2021.

Diane lives with her husband and one naughty dog in western Pennsylvania.

Diane Scott Lewis will be awarding a $20 Amazon Barnes & Noble gift card to a randomly drawn winner via Rafflecopter during the tour. Find out more here.

Follow Diane on the rest of her Goddess Fish tour here.

2 responses to “Book Blast: To Entice a Spy”