This month’s name came from the Latin octo (meaning eight) because this was the eighth month of the early Roman calendar. When the Romans converted to a twelve-month calendar, they didn’t change the name, even though it’s now the tenth month of the year.

In Canada, we celebrate Thanksgiving on the second Monday of the month while Hallowe’en is celebrated on October 31st. 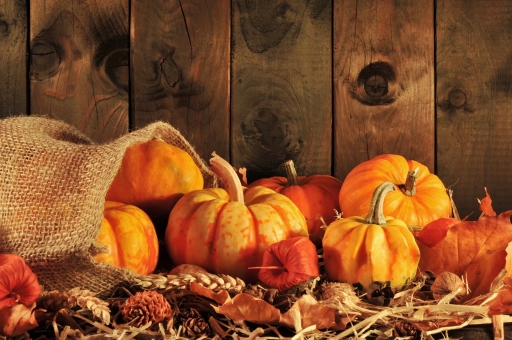 Here are 10 interesting facts about October:

2. October babies are more likely see their 100th birthday than those born in other months. One theory: These babies were less exposed to seasonal illnesses since they avoided the extreme high and low temperatures of summer and winter.

3. People born between October 1st and October 22nd were born under the star sign of Libra while those born later in the month are under Scorpio. Compassionate and empathetic, Libras dislike conflict and avoid confrontations. Scorpios can be intimidating, but they are also the most loyal friends.

4. More American presidents were born in October than any other month.

5. A busy month for food lovers, October has been designated the national month for pizza, cookies, sausages, popcorn, and dessert.

7. Tourmaline and opal are the official birthstones of October.

8. October’s birth flowers are the cosmos and the calendula.

9. October is a big mating season for elk, white-tailed deer, moose, and porcupines.

October glows on every cheek,
October shines in every eye,
While up the hill and down the dale,
Her crimson banners fly.
Elaine Goodale Eastman