Thank you, Joanne, for letting me tell your readers about my writing journey for my two novels, Lipstick on the Strawberry and Joyous Lies. Both books were published by the wonderful Wild Rose Press. Joyous Lies was released February 15. 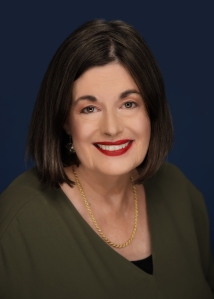 These books are set in quite different places, and are totally different in theme. Both, however, are about family drama and family secrets. They are certainly not autobiographical, but each is set in places I have lived in and know well.

Lipstick on the Strawberry is set in Boston, Massachusetts and Cambridge, England, and the protagonist is Camilla Fetherwell, a caterer. Estranged from her English family, for reasons that become apparent in the story, she returns home for her father’s funeral, and finds evidence that his super-respectable life may not be what it seemed, just as a food photographer covers an imperfect strawberry with a rosy sheen of lipstick to improve its appearance.

My second book, Joyous Lies, is set in Northern California, in Berkeley, and in the far reaches to the north of the state in a fictional area based on Humboldt County, home of the hippies. It has two point of view protagonists, Maelle Woolley, who researches the communication properties of plants, and her grandmother Johanna Becker, an old hippie and the unacknowledged leader of a group of Vietnam War resisters who fled up north in 1970 and founded a commune which eventually became an organic farm. Did these idealists fulfill their dream of a utopian community of universal love, and what was the cost to their children of the pursuit of their ideals?

So, having told you these stories are not autobiographical, let me start at the beginning. I was born in Melbourne, Australia, and moved to the United States when I married an American. We lived in Boston. I was twenty-three years old when I moved there, and it is where we raised our three sons. New England remains hugely important to me. In Lipstick, I explore the nuances of being an immigrant from another English-speaking country, the sense of being in-between. When my second husband was offered two sabbaticals in Cambridge, England, I was up for the adventure. My memories of England are transmuted into the settings of Lipstick on the Strawberry.

I now live in Arizona. We escape the blistering summer heat by going to Northern California when we can. I know Berkeley well, and also enjoy road trips through this beautiful state. The Californian climate and landscape remind me of where I grew up.

When I wrote Joyous Lies, I drew on the botany lessons I learned while studying to be a master gardener at the University of Arizona extension in Phoenix. How to support ourselves by growing food in a harsh climate became a fascination. In 2007 I went with my brothers to Western Australia for the first time, to see where our father grew up in the Outback. There, his father, a mining engineer, had grown a magnificent vegetable garden to provide food for his family in an area so remote that other essentials were supplied once a week by traders on camel-back. Learning about the inter-play between humans and the natural world, climate change, environmental destruction, and what we can do to renew the earth became something of an obsession. How we pursue goals which seem noble at the time but produce harm, how each generation tries to remedy the mistakes of the previous one, causing unforeseen consequences —this is what I now wanted to write about. For Joyous Lies, I did a huge amount of research. I loved doing it. I have a third novel percolating away in the brain, and my protagonist is another plant-lover. The setting will be in New England. 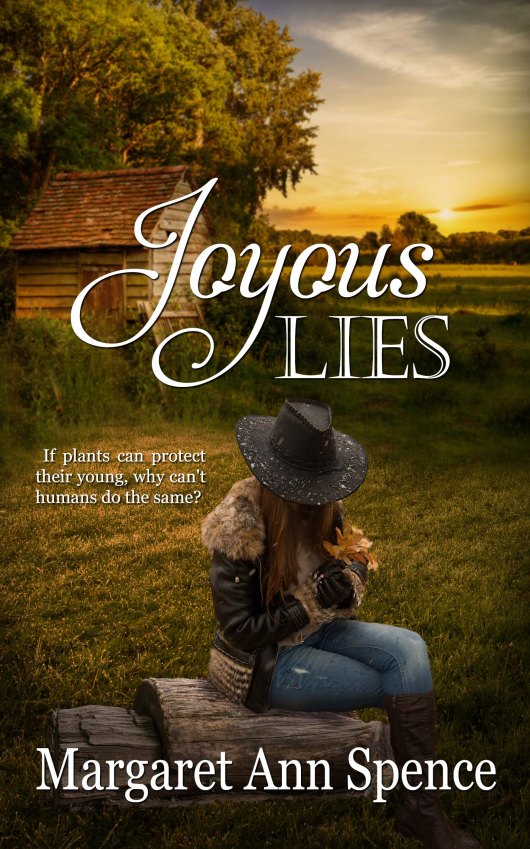 Maelle, a shy botanist, prefers plants to people. They don’t suddenly disappear. Raised on her grandparents’ commune after her mother’s mysterious death, she follows the commune’s utopian beliefs of love for all. Then she falls for attractive psychiatrist Zachary. When Zachary claims her mother and his father never emerged alive from his father’s medical research lab, Maelle investigates. What she discovers will challenge everything she believes, force her to find strength she never knew she had, and confront the commune’s secrets and lies. What happened to love? And can it survive?

The plants, she hoped, would have something to say.

With the door to the laboratory closed and the sound barriers in place, Maelle fixed acoustic sensors onto two potted plants, situated side by side in a glass dome so even the vibrations of her breath could not disturb them. Above one, she played a recording of the sound of a caterpillar munching leaves. The noise, when magnified so humans could hear it, sounded like the march of eager feet over rough terrain. After twenty minutes, she removed the recording, put on her earphones, and waited.

She heard it, a faint clicking sound.

The plants were talking to one another.

To Find the Author

One response to “Spotlight on Margaret Spence”