I’m happy to welcome Soul Mate author Linda Pennell. Today, Linda hands over the reins to Professor Liz Reams, the protagonist of her novels, who shares interesting insights into how criminals operated in the past.

Thank you, Joanne, for inviting Professor Liz Reams to your blog. With her specialty in the history of American crime, she has a lot to say about how criminals have operated in the past, especially in the early 20th century. She has received accolades and professional recognition for her discoveries about the likes of Al Capone and other Prohibition era gangsters. Without further ado, here are ten things that she believes readers may find of interest.

1. It is the footnotes of history that often make for the most interesting research and reading.

In addition to the “publish or perish” dictum under which most university professors find themselves laboring, Liz has an added level of stress. The dean of the University of Florida’s College of Liberal Arts hired Liz because she had a reputation at her former university of being able to magically attract undergraduates to her classes. On her slim shoulders rests the responsibility of keeping the budgetary ax from the History Department’s neck each academic year.

Teaching was never anything that Liz believed she wanted, but the first time she saw the light click on in a student’s eyes, she was hooked. Teaching has become her special joy.

The secret to her success in the classroom and in her research is her focus on discovering how big events and overpowering individuals affect the lives of ordinary people, those interesting little footnotes of history. She teaches history through the eyes of people caught up in the turmoil and chaos of events beyond their control. So far, the formula has worked very well.

2. Achievement in one’s professional life does not necessarily translate into one’s personal life.

Liz is like some young women you may have known. She is beautiful, talented, successful, accomplished, and smart – all the things a parent could hope for in a daughter save one small habit. She is attracted to the bad boys. If a guy is kind and pleasant, she finds him boring. She craves the glitz and glamor of rock stars and test pilots in her romantic life. It is a failing she works on.

3. Living and working with your boss will complicate one’s life.

How should one introduce the man with whom one lives and works? She could call him her fiancé, but she has yet to accept his proposals. Revealing that he is her boss will certainly raise eyebrows. Alas, another romantic issue she must resolve.

4. Florida has a long history of criminal activity and vice.

Even in pre-Columbian times, Florida was the refuge of the outcast and the outlaw. The Native tribes of present day Georgia and Alabama once exiled their undesirables to the swamps and sand hills of Florida.

At the beginning of the 20th century, Florida development as a tourist destination began. Julia Tuttle settled beside the Miami River and convinced Henry Flagler to extend his railroad to the city she helped found. Flagler and Tuttle are considered the father and mother of Miami respectively. Interestingly, while they worked hard to keep moonshining and prostitution out of their town without any success, they had no problem with gambling, which was a violation of state law. Both of them ran gambling parties in their luxurious mansions.

From its founding, Miami was a wide open city when it came to vices and other human foibles. Prohibition and the city’s proximity to the Bahamas meant that Miami became a major port of entry for contraband booze. Even local law enforcement ignored what went on. It is no surprise, then, that no one batted an eye when the Mob moved to town.

5. Childhood friendships can last a lifetime.

During her research into Al Capone’s brief stay at the Blanche Hotel in north Florida, Liz discovers the friendship between two young boys, Jack and Zeke, which led to the discovery that brought her professional acclaim. Almost by accident, she also found that the boys’ friendship endured despite the realities of segregation, threats from criminals, and finding a parent involved in acts of horror. The boys lived through it all and their love for one another never faltered. The strength of their friendship and what they endured touched Liz deeply friendship.

Liz’s research for her new class entitled Gangsters on the Gold Coast: the Mob in the Sunshine State brings the story of Sam, a young Jewish boy from Brooklyn who witnesses a gangland hit.

At 14, Sam quit school and took a job that paid two dollars more per week than he could make elsewhere. He needed every penny he could earn to help support his widowed mother and younger brothers. Unfortunately, that job was working for a low level Mob boss at the Fulton Fish Market and in the man’s speakeasy. It was in the speakeasy that Sam witnessed the murder of labor organizer William Mack. Under such circumstances, witnesses usually did not have a long life expectancy. Because Sam was young and a hard worker, his Mob boss took pity on him and sent him into exile in Miami. This act of kindness did not come without a price, however.

7. Disentangling oneself from the Mob is difficult.

Forced into working for the Mob in Miami, Sam longs to find a way out. He has fallen in love with the daughter of his devout landlord. Remarkably, the beautiful Rebecca wants only Sam, but they cannot marry until he disentangles himself from his Mob bosses and the debt he owes them.

8. Debts do not always involve money.

Both Liz and Sam discover that some debts do not involve the repayment of money. Whether it is a debt of “friendship” such as Sam owes or an emotional debt such as the one Liz owes, repayment would be so much easier if all they owed was money.

9. It is possible to care deeply for people one has never met.

Liz’s research into Jack, Zeke, and Sam’s lives brings out in her an emotion she is not expecting. She develops maternal feelings for these young boys caught in situations beyond their control. She wishes she could travel back in time and warn them of the dangers to come. In coming to know and care about the boys, she also gains insights into herself.

10. Learning from the past can inform our future in personal ways.

In analyzing the mistakes of the historical figures Liz is investigating, she learns to apply the lessons contained therein to her own life.

Liz can be found solving historical mysteries in Al Capone at the Blanche Hotel and Miami Days Havana Nights. 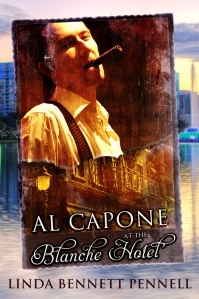 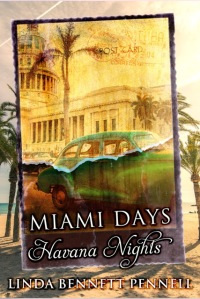 Linda Bennett Pennell is an author of historical fiction set in the American South or about Southerners traveling far from home. While she writes about the land of her birth, anything with a history, whether shabby or regal, ancient or closer to our own day, has fascinated her since early childhood. This love of the past and the desire to create stories of it probably owes much to her Southern roots.

Southern families are filled with storytellers who keep family and community histories alive. It is in their blood and part of their birthright. Linda’s family had many such yarn spinners who entertained the family on cold winter evenings around her grandmother’s fireplace and during long summer afternoons on her wraparound porch. And most important of all, most of those stories were true.

Where to find Linda…

8 responses to “How Criminals Operated in the Past”