I’m happy to welcome back author Rusty Rhoad to the Power of 10 series. Today, Rusty shares interesting facts about the hero in his latest novel.

Sir Kay, my hero in Kaffka, the Holy Grail, and a Woman Who Reads: The Quests of Sir Kay is a particularly interesting character to me. If you’ve seen the old Disney movie The Sword in the Stone, you undoubtedly remember Sir Kay—the loutish buffoon who forgets his sword and sends Arthur into the churchyard to fetch the one stuck into an anvil there so he’ll have one for the tournament.

Lies, all lies. So in my friend Joanne’s blog today, I’m going to tell you 10 things about Sir Kay to set the story straight. 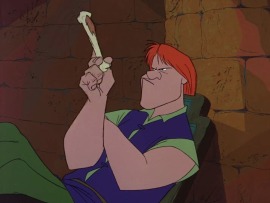 1. In the original Welsh legends, Kay (known then as Cei) was Arthur’s closest and most loyal companion. Along with Bedivere, he is one of the earliest characters associated with Arthur.

2. Kay’s reputation was seriously besmirched by the 12th century French romancers, most notably Chrétien de Troyes. In his search for a foil for the far more appealing Sir Lancelot, these writers sort of settled on Kay as a suitable target. Shows you how much the French can be trusted. When Mallory used their treatment as the basis for Sir Kay in Le Morte d’Arthur, Kay character was tarnished for centuries—perhaps forever, had I not labored to restore his good name.

3. If you search for “Sir Kay” in Amazon, you come up with only two works: my novel and a short story by Samantha Warren (which I haven’t read but just downloaded). That is not to say that other authors haven’t recognized the unfairness of Kay’s treatment and attempted redemption—they have. But you can tell from that evidence alone that I’m the foremost authority on the subject. And so . . .

4. Kay was born in 467AD, far earlier than smack in the late Middle Ages as Mallory and others would have you believe. Britain was in dire straits in the late 5th century. The Romans had pulled their legions out more than 50 years before, and the Saxons and other Germanic tribesman had their sights set on the rich, fertile farmlands of the British Isles.

5. Not one to change diapers, Merlin took the opportunity to travel, notably in the Middle East, while Arthur was an infant (it is rumored that he brought the Holy Grail back when he returned, but that is a subject of a yet-to-be published novel, so we’ll leave it as mere speculation). He returned when Arthur was 10 (and Kay 13) and took up residence in a cottage on the land of Sir Ector, Kay’s father and Arthur’s foster father.

While he was there, as we all know, he taught Arthur how to be a king. But finding in Kay an eager, nimble mind, he taught him the arcane arts of mathematics. During the height of Arthur’s reign, Kay was the only person in Britain who could solve algebra word problems.

6. Kay is geek chic, beloved by the commoners as well as most of the knights. He’s constantly posing questions like “If a knight rides forth from Camelot at 2 miles per hour …), to the groans but ultimate admiration of the folks in the taverns.

7. It doesn’t hurt that Arthur’s kitchen, supervised by Kay, provides the best fare north of Rome. When Arthur denies Kay a simple quest because he’s “needed” at home, Kay goes on strike and the food goes to hell. After only one meal, Arthur reconsiders.

8. Kay is the only person who has slept with TWO of Arthur’s half sisters. Morgan le Fay, of course, who uses enchantment to seduce him—although to be fair, he doesn’t put up much of a fight. And then there’s Morgan’s and Morgause’s older sister Elaine—I’ll bet you didn’t even know they had an older sister. Their romance is part of the story in Kaffka, the Holy Grail, and a Woman Who Reads: The Quests of Sir Kay, so I won’t spoil the ending by telling you how it works out.

9. To be truthful, Kay is more of a thinker than a fighter—that much of his later reputation is at least partially true. But he’s nowhere near incompetent. He fought at Arthur’s side during the barons’ rebellion and later in the Saxon wars, and still competes in tournaments, albeit begrudgingly, to keep his hand in. Still, he’s somewhat below average at best. When he challenges Count Maleagan to a death match to free Elaine, he does so knowing that, barring magical intervention, he’s going to die in the process. So let’s not discount his martial prowess entirely, nor his courage even a little bit.

10. Kay is a lot more like me than I’d like to admit. And an excellent example of my typical “beta male” hero—he’s far less likely to beat up the bad guy and save the world and far more likely to make sardonic comments about it all. 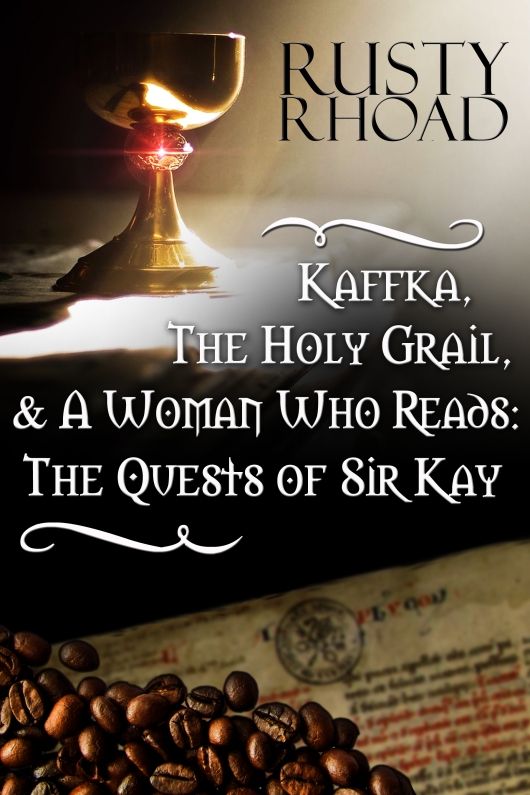 Peace has finally been achieved—and it sucks. At least for Sir Kay.

I mean, nobody really likes the cold and the fear of war, but compared with now? That delicious, dark-roasted heady beverage Merlin brought back from the Middle East, kaffka, is long gone. Arthur expects Kay to run castle and kingdom, just because he’s the only person in 6th century Britain who can do algebra (if a knight rides forth from Camelot at three leagues per hour . . .). Guinevere treats him as her personal gofer. Middle age is fast upon Kay, and the only quest available is to rescue Miffy, a fair-but-empty-headed lady’s imprisoned dog.

Ah, but who knows what adventures lie out there, away from the comforts of Camelot? The Holy Grail, if one were interested in such a bauble? Magic, in the form of an ageless beauty with a treacherous reputation, Morgan le Fay?

Perhaps the ultimate prize, a woman who reads.

Or maybe just a night under the stars with no liveried page, face and fingernails scrubbed clean of any trace of dirt, uttering those detested words, “Sire, the Queen requests your presence.”

Kaffka, the Holy Grail, and a Woman Who Reads: The Quests of Sir Kay is a warm, humorous glimpse of Arthurian times through the eyes of a Knight of the Round Table who also happens to be a little . . . shall we say, geeky? Sir Kay is a keen observer—witty, introspective, and sarcastic at times—driven by a sharp intellect and a deep longing for something more.

Rusty Rhoad grew up in Bluffton, South Carolina—the town that is the model for White Sands in Avalon, South Carolina as well as appearing in the novel in its current state of population and trendiness—before going to school in Houston, Texas (location of as yet unpublished novel Bradley Schuster and the Holy Grail). After a stint in the army at Fort Polk, Louisiana—not currently in any novel, for better or for worse—Rusty and his wife Kate took a year-long camping trip in their VW bus, covering some of the same territory that Arnie Penders explores in Return from Avalon (and Points West) before temporarily suspending their wanderlust near Houston.

During the last decade of a 32-year career as a chemical engineer, Rusty began writing novels over lunch. And now safely out of the grip of the complexity of the military-industrial rat race, he continues to write. He has four novels published, a fifth looking for an adventurous publisher, a sixth in editing, and a seventh in progress.

Where to find Rusty…