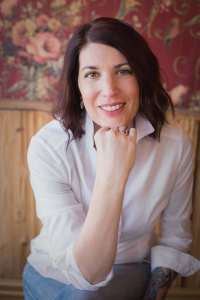 Finding my way to this second act of my life has been less painful, and more painful than I ever thought it could be. I grew up quite sheltered on a small horse farm. Naïve but also desperately unhappy in my home life and wanting something more. At nineteen, I married my teenage sweetheart. At twenty-three I had my first son. At twenty-six my second. At twenty-seven I was divorced, with only a high school diploma, and living in support housing trying to raise two little boys.

I always dreamed of being a writer. I often felt I was born to be a storyteller. Frequently felt that my dream world was more real than reality. My children are everything to me. But I also knew the only way I would survive being a single parent was to fight for myself and my dreams. So, at twenty-eight I enrolled in college to take a Cultural Management degree. From there I worked for different Arts organizations—An activist film festival, a record label, a local choir. My children were with me every step of the way, often attending meetings and work functions when babysitters were unavailable or unaffordable.

Six years ago, I made the decision to focus on my own art. I became the executive director for The Edmonton Poetry Festival and began my journey into writing. Yes, later than planned, but completely and organically the way it was meant to happen. In 2013, I released my first collection of poetry. For the next several years I focused on submitted poems to magazines and anthologies, as well as honing my performance style as a spoken word poet.

In 2015, the idea for Fire Born, Book One of the Guardian Series, came to me in a dream. I began the work of writing a novel, with no previous training and no real understanding of what I was embarking on. I muddled my way through the first draft, and the second before asking for support from a few authors I knew and respected. Their advice? Go back to the drawing board and ask your characters who they are, instead of trying to guess. It took me a while to understand what they meant. But eventually I got it. I looked at my own life, where I’d come from, what I’d overcome. I had to know my characters as well as I knew myself if I wanted other readers to engage with them.

After a year of learning, and re-working, Fire Born was picked up by Soul Mate Publishing. Very quickly after, they signed me to a four-book deal! I’ve just completed book two of the series and am starting on book three.

I’ve also completed a Novel-in-Verse that will be released in the April of 2018. The poetic novel tells the story of an Italian family’s immigration from Italy to Canada, through three female voices, in poems.

I’m also marrying the love of my life three days after the release of Fire Born. My Italian lover has been very much an inspiration for all the heroes in my novels. My children will be walking me down the aisle.

My second act was hard fought and worth every bumpy step. I truly believe I would not be here if I’d never divorced. The struggle created a strength in me that helped push me to reach for my dreams, to search for great love, and to write about strong women who will accept nothing less. 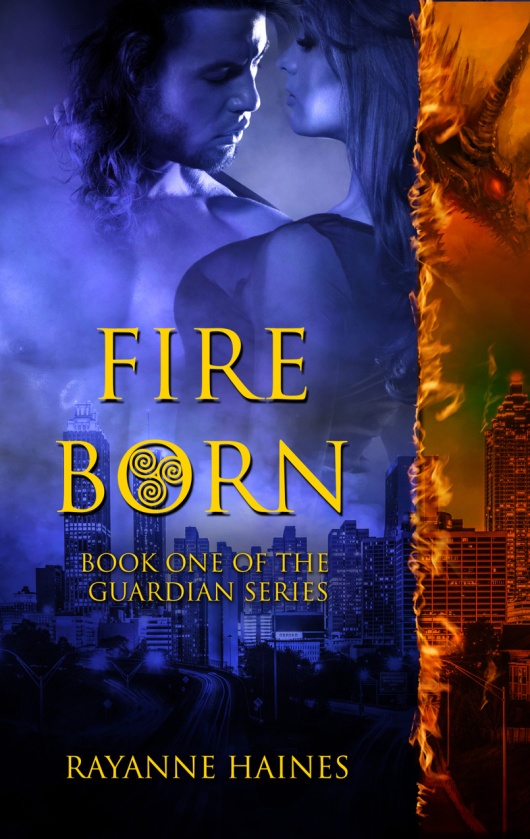 Independent, tough as nails, and fierce to her core, Alex Taleisin can’t quite believe it when she has to fight for her life against something not-quite-human in the YMCA parking lot.

hat’s when her Aunt lets her in on the family secret. They’re Immortal – Elementals to be precise and Alex is the long-lost daughter of one of the strongest female warriors of their time.

Her Guardian (a freaking Dragon!) and the sexiest man Alex has ever seen gives her a choice. Go with him, learn how to control fire, and find her father’s people or try to survive on her own. It’s an easy choice considering she’s only twenty-six and the Elders may already be on her trail thanks to the run in with the nut job in the parking lot kick-starting her dormant DNA.

Enter an insane grandfather, a shifter with a hidden agenda, and a witch with a shoe addiction. Suddenly Alex is wishing for a quiet house in the hills with the dragon she’s falling for. But a fight is coming and Alex knows the only way find her answers is to trust her powers and become the warrior she was destined to be.

Where to find Rayanne Haines…

Rayanne, your remarkable journey is an inspiring one that will linger in my consciousness. Thanks so much for sharing and best of luck with Fire Born.

One response to “Born To Be A Storyteller”