I’m happy to welcome multi-published author Judy Alter to the Power of 10 series. Today, Judy shares ten interesting facts about Susan Hogan, the protagonist of her latest release, Pigface and the Perfect Dog. 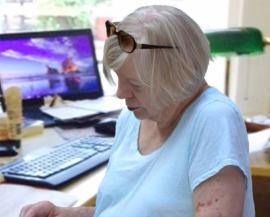 Susan Hogan is the protagonist of my Oak Grove Mystery series. I meant her to be a bit different than the stereotypical cozy heroine. To some extent, I succeeded, because my main beta reader confessed he didn’t like her as well as the women in my other series, and one reviewer called her “prickly.”

With this list, I give readers a chance to judge for themselves, but I hope the list will make you want to read about Susan’s crime-solving adventures.

–Susan Hogan, associate professor of English at the fictional Oak Grove University, is thirty-five, single, and never married; she has, in fact, a bit of a fear of commitment that sometimes gets in the way of her relationship with Jake Phillips, chief of campus security.

–Susan Hogan’s romance with Jake pairis, a cop (pardon, law enforcement officer) and falls into the cozy cliché trap of heroine and police officer but works well for plot purposes.

–Susan is an energetic, stimulating classroom teacher; her field is American literature of the nineteenth and twentieth centuries.

–Raised by a maiden aunt in Wichita Falls, Texas Susan would like to feel she’s a free spirit, but she clings to many of Aunt Jenny’s preachings about life, morals, and manners.

—-She can cut up a salad and set a proper table, but don’t ask Susan to cook. Jake is a master at the grill, and Aunt Jenny cooks everything from pots of soup to King Ranch chicken, but Susan can’t figure out Hollandaise sauce.

–Susan wears her hair in a spikey cut and runs her hands through it all the time. She can’t be bothered with hair-styling and prefers jeans or, at the least, slacks, hasn’t worn a skirt in years.

–Susan is not status conscious. She drives a battered, old Honda but would really love to go back and forth to campus on Jake’s moped. Since she once wrecked it, Jake fears for the safety of both Susan and his moped and has forbidden her to ride it.

–Susan was at odds with the former chair of the English department, and she finds university rules and regulations cumbersome and restrictive. Professors whose field is Renaissance literature seem to irritate her.

–Susan is cautious about warming up to people—the city police lieutenant, the sheriff—and she can get crosswise, as she does with Marge the waitress who thinks she’s guilty of murder, but she’s fiercely loyal to those she loves—Jake, Aunt Jenny and her paramour Judge John Jackson, her fellow teacher Ellen Peck, and newcomer to the series, Gus Conroy.

–Susan Hogan is, at best a free spirit, representing contemporary feminist thinking in moderation and without the extremes, but tempering her freedom with a bit of the traditional role of women.

In short, Susan Hogan is someone I’d like to meet and hang out with. 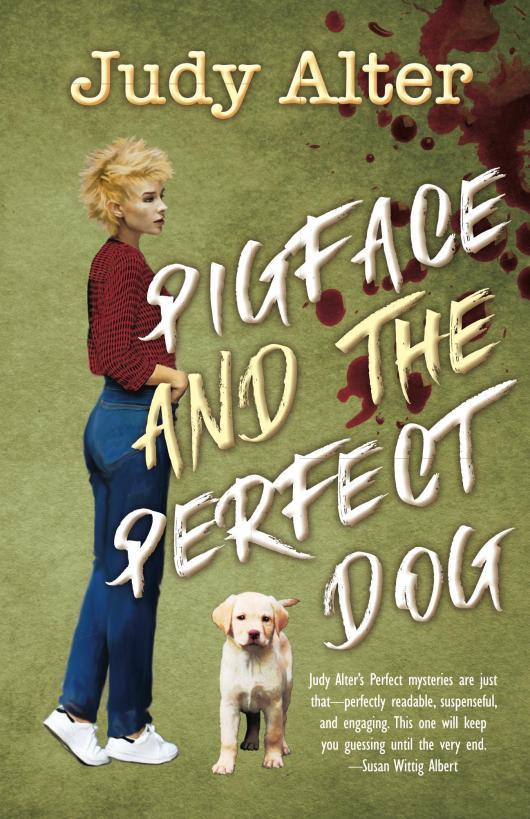 Susan Hogan thinks she’s about to meet her maker when she confronts a rifle-carrying man, who looks like a pig, in a grocery store. Jake investigates the body of a young college student, shot in the back and found in an empty pasture. Aunt Jenny showers love on the new puppy a young man from the grocery gave her but she has to get rid of that heavy collar.

Susan is associate professor of English at Oak Grove (Texas) University; her partner, Jake, is Chief of Campus Security. Aunt Jenny, the maiden lady who raised Jenny, came to Oak Grove to help Susan, who was accused of murdering a coed in The Perfect Coed, first book in the series How much help Jenny was is debatable, but she made a fast friend in Judge John Jackson and stayed in Oak Grove.

Trouble in Oak Grove begins with the open-carry protestors in the store and leads to a shooting, breaking and entering, threats and an attempted kidnapping, a clandestine trip to the woods late at night. Will Susan Hogan land in trouble…or the hospital…again? Will Susan and Jake survive this as a couple? Susan is still prickly but she learns some lessons about life, love, and herself in this second Oak Grove Mystery.

Judy Alter is the author of seven books in the Kelly O’Connell Mysteries, two books in the Blue Plate Café Mysteries; and two in the Oak Grove Mysteries. Pigface and the Perfect Dog follows The Perfect Coed in this series of mysteries set on a university campus. Judy is no stranger to college campuses. She attended the University of Chicago, Truman State University in Missouri, and Texas Christian University. For twenty years, she was director of TCU Press, the book publishing program of the university. The author of many books for both children and adults, primarily on women of the American West, she retired in 2010 and turned her attention to writing contemporary cozy mysteries.

The single parent of four and the grandmother of seven, she lives in Fort Worth, Texas, with her perfect dog, Sophie.

Where to find Judy Alter…