I love twentieth century romantic suspense, domestic suspense, Gothic suspense. There’s nothing more relevant today than these stories, currently enjoying a renaissance and often very well written—think Charlotte Armstrong, Patricia Wentworth—about women in danger and what they do about it. I wondered if I could write something like that. But spiked with a modern ending, otherwise how to bring in the unexpected every reader wants. And so I did. After the Winter is that book, a tribute to a lot of writers who went before me, and the first of a romantic suspense/mystery series called The Ashley Smeeton Files.

I’ve always loved to read and write. I had a working class upbringing, maybe they were forms of escape. When I was nine or ten I spent the summer writing a melodrama about Gwendolyn, Marigold and Ali, and their adventures in and out of a gated city redolent of the mysterious East. The paper I wrote on was some by-product of paper milling, maybe the ends of rolls, who knows. I don’t know where I got my flowery language—Gwendolyn had eyes like twin sapphire pools for example. Even then I was drawn to romantic suspense it seems! A few years passed, I did lots of things. I was a nurse’s aide, journalist, perpetual grad student, bureaucrat, translator, graphic artist and mother, I flew a small plane, I lived in the far North. It was all cool. But I still wanted to write.

First I tried YA fiction. (Sometimes I think I must be a glutton for punishment.) Book one was a listed semi-finalist for the American Katherine Paterson YA prize, and book two was same for an Unhanged Arthur Ellis—the unpublished category in Canada’s annual mystery prize. No takers though, among publishers or agents. And I still don’t have an agent.

I’ve learned a lot from my professional life. Writing is, after all, a job. Every published writer I’ve ever spoken to has routinized their work. When in the active writing phase I try to sit at my desk every day at around 9. I write as many days a week as I can for a few hours. I aim for a minimum of 1000 words a day.

I spend about four months planning a book. Planning consists of writing notes that eventually take a definite shape, with a list of characters, an ever-expanding synopsis and a timeline. I’m always impressed when people use special software for this, but I don’t. I have a notebook and pen always handy during the writing phase and write every random thought down. I also saturate myself during the planning phase in anything I think will be helpful for the story. My third book will have scenes on a train and I got into several novels involving train journeys. Even Zola’s La Bête humaine, cripes, which (spoiler alert) is all about people thinking about killing other people on and off trains, and then actually killing them—also on and off trains. I spend about six weeks revising, although revision is getting easier now as I write more and make fewer booboos.

I seek inspiration from books, my thoughts and feelings, paintings if you can believe it, real life. Someone once asked me if anyone ever recognized themselves in my work. I sincerely hope so. Of course, the resemblance would be 100% accidental! Book 2, The Au Pair, will be out in a few months and my denials will be twice as vehement. 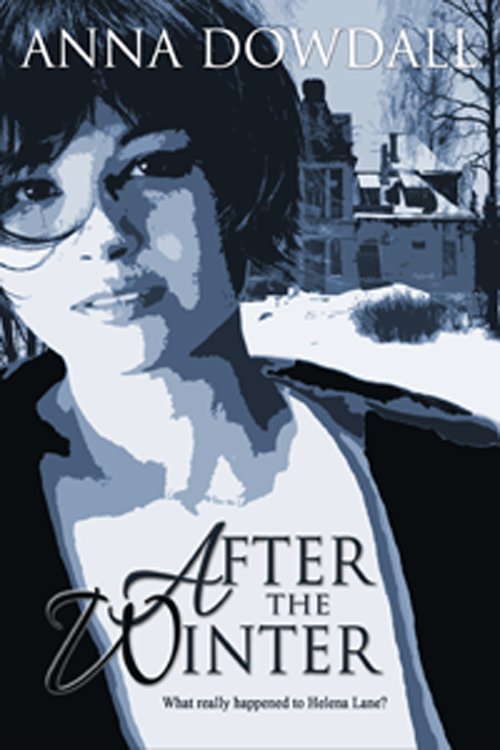 Rudderless after betrayal by her former fiancé, Montreal heiress Sally Ryder discovers her deceased mother had a secret life and she has a half-sister. Helena has written to Sally, inviting her to Midwinter, an isolated estate in Quebec. But before they can meet, Helena and her husband die under disturbing circumstances.

Sally decides to visit nearby Waverley for a few days nevertheless, to learn what she can about the sister she never knew. Her first shock is to find that her brother-in-law left everything, including Midwinter, to his beautiful secretary Janine. During a storm, Sally is unexpectedly snowed in with Janine and an assortment of Midwinter guests. It isn’t long before Sally becomes entangled with a handsome doctor from Boston in an effort to uncover the truth about her sister’s mysterious life, and death.

Meanwhile, the bodies pile up.

Where to find Anna…

4 responses to “Spotlight on Anna Dowdall”