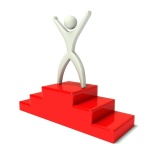 Last week, my contract for Too Many Women in the Room was finalized by editor Kinan Werdski and Publisher Rhonda Penders of The Wild Rose Press.

This is the second book in the Gilda Greco Mystery Series and will include many of the characters from A Season for Killing Blondes and several new ones, among them a charismatic Greek chef.

Eight women have eight different motives for wanting to kill a lecherous photographer. One woman succeeds.