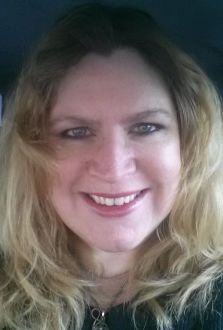 I’m sure my journey to become an author is similar to many writers. I was twelve, living in the country, always looking for some kind of adventure with my friends. My first story came to me while exploring an unoccupied property in the neighborhood. We were certain it was haunted, and when gusts of snowy wind seemed to follow us wherever we went, it only reinforced our beliefs. What a great idea for a book series—three kids who solved mysteries and battled ghosts and ghouls.

It helped that I had an author in the family. Well, not a fiction writer. My father published a book about hood ornaments for classic cars. But I figured, as a twelve-year-old would, I had connections. My dad’s publisher would definitely work with me. Ah, the naivety of youth.

As I got older I left the mystery solving kids behind because I had discovered BOYS and horses. I started reading Harlequins and Bertrice Small bodice rippers, so that’s where my writing took me. My best friend and I—a fellow horse nut—worked together to write our first horse story, even after she moved down to Louisiana from New Hampshire. This was over a decade before the internet and email. We’d have to mail the story back and forth to each other so we could add to the story.

All the stories I wrote in those early teen years still sit in notebooks stored away in bins. They might never see the light of day, but they’re all a part of my journey and I won’t give them up.

When the internet became a thing I finally started writing for real, as often as I could. By then I was a wife and mother and I had a mundane job, so I had to steal writing whenever I could. My first published book came out in 2007 when I was in my forties. It was actually a book I’d started when I was sixteen. My characters changed a bit since the original, but Finally Home was a romance revolving around horses, and was always a favorite.

I now have ten books published, and I have many many more in various stages of completion. Several of my books have sequels, and I hope one day I’ll actually finish them. Everyone loves a book series. My latest release, The Staying Kind, combines romance with horses and small town heroes and heroines.

Rio Presley isn’t looking for a place to fit in when she finds a job at a stable in New Hampshire. Travis Lithgow isn’t expecting to discover a drifter taking up residence in his hunting cabin and working for his aunt. Just back from a tour in the Middle East, he’s rebuilding his relationship with his rebellious teenage daughter. He’s sure Rio’s presence in their lives won’t make things easier, but he admires Rio’s strength facing the adversities in her life.

As Rio fights the urge to get back on the road before she becomes too comfortable with her newfound love of horses, her feelings for Travis become stronger than the need to flee. Both he and his aunt are offering Rio everything she’s ever been afraid to want, but staying could bring her past crashing into the happy life she’s begun to build.

Where to find Cerian…

5 responses to “Spotlight on Cerian Hebert”