Today, we have author Becky Lower sharing excellent advice on launching second acts and her upcoming release, The Forgotten Debutante. 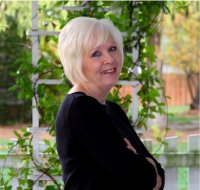 My first act was a series of missteps. Although I graduated college with a degree in English and Journalism, I didn’t follow the writing path. I’d always been a storyteller, mostly spilling family secrets, but never translated that talent into a writing career. Instead, I worked in advertising, trade show management and other boring jobs, fulfilling my creative needs with a variety of hobbies. I learned to quilt, knit, refinish furniture, cross-stitch, needlepoint, you name it. But none of these outlets quite fit either. I floundered a lot during my adult life.

As I was approaching retirement, I thought about what to do next. Because of all my floundering, I hadn’t amassed a nice nest egg, so I needed to plan on something else for income. I found an adult education course on writing the romance novel, and thought, why not? I’d been reading romances my entire adult life. It was now time to put my storytelling and creativity together. I’d like to say the six week long class propelled me to instant fame, but I’d be lying. I spent the next few years learning my craft.

Still learning. I now have 13 books published, and am still waiting for the breakthrough book. I liken my career to a snowball rolling down a hill. It starts out small and gains size and momentum as it goes.

Start your second act the moment you think of it. Don’t wait until you have the time. If your life doesn’t feel right to you, make a change.

My favorite quote is from one of my heroes–Jedediah Smith, an early American fur trapper and explorer. While he was trying to find a way across the mountains, he said sometimes in order to get ahead, we must be turned back. So, if what you’re doing isn’t working for you, turn back to your roots and figure out what’s missing, then forge ahead.

Don’t miss the touching conclusion to the Cotillion Ball Saga!

In 1863, America is war-weary. Fifteen-year-old Saffron Fitzpatrick, whose teenage years have been spent mourning the dead rather than dancing at her debutante ball, just wants to visit her beloved horse after being housebound due to the draft riots. A chance meeting with soldier Ezekiel Boone changes everything.

Three years ago, Ezekiel ran away with his older brothers to join the war effort, welcoming the chance for adventure. But when all four of his brothers die at Chancellorsville, he retreats home, despondent and depending on the kindness of strangers, like Saffron, who help him on the journey. They share a wild ride and a breathless kiss, parting with fond memories.

Fate reunites the couple three years later, and their former attraction rekindles as they discover unexpected common ground and begin to build a relationship. But though the war is over, a future together may still elude them . . . especially if Saffron’s older, protective brother and the U.S. Army have anything to say about it.

Where to find Becky…

Becky, I’ve been following your journey for several years and am impressed by the body of work you have produced. Best of luck in the future.

6 responses to “A Storyteller’s Journey”