I’m happy to feature Deanna Adams and her writing journey. 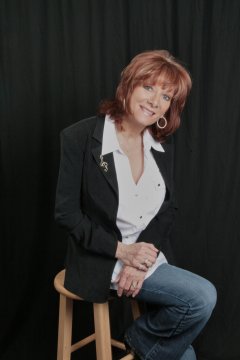 First of all, thank you for having me on your blog, Joanne!

I’ve been wanting to be a writer since I could read. I wrote a play in fifth grade (well, sort of!), teen-angst poetry in my adolescence, and a few attempted short stories in my twenties. I always wanted to be a novelist, but it took many years to see that happen. I started my career as a journalist, writing for newspapers and magazines, which ultimately led to the writing of my first book, Rock ’n’ Roll and the Cleveland Connection, published through Kent State University Press. I then went into my creative nonfiction period, writing Confessions of a Not-So-Good Catholic Girl, a collection of memoirs. I began writing a novel, but that was put on hold when I was commissioned to do another rock book for Arcadia Press, Cleveland’s Rock and Roll Roots (an illustrative history).

Yet I still wanted to write fiction. And that’s hard when you are known as a nonfiction writer. But finally in 2011, with my daughters raised and freelancing for only a few publications, I carved in time to write that novel. Because I love to research and write about pop history, I wanted to do what I call the “Forrest Gump” thing—take fictional characters and weave them through history, namely baby boomer history. I already had a “brand,” being known as a pop culture/rock writer, and knew that I should probably stick to that.

I feel whatever we write, it should mean something. There should be a reason why we are writing about a certain topic. So I wrote about a teenage girl in 1957 who becomes pregnant by her first love, who is on his way to rock and roll stardom. Back then, there were dire consequences if a young girl became pregnant and I knew I could do a lot with that topic. I wanted this book to be women’s fiction, as opposed to straight out romance, the difference being that women’s fiction focuses more on women’s issues. I was thrilled when Debby accepted Peggy Sue Got Pregnant for Soul Mate Publishing.

When that book was complete, I realized I could still do a lot with those characters, and so Scoundrels & Dreamers, about Peggy Sue’s daughter, was released the following year.

Recently, I’ve finished a book for writers who also want to write a book, A Writer’s GPS: A Guide to Writing & Selling Your Book. I’ve been teaching a course on that for more than a decade so decided it was time to share the knowledge, covering all that goes into the writing of a book, as well as the marketing (the hardest part, I think!).

So now, it’s back to fiction and I’m excited. I’ve just begun the first chapter of what is the third of my Peggy Sue series, and still working on a detailed outline, which is what I do, even when I know it can, and often does, change. And that’s part of the fun. Writing is hard work, but I always tell writers, make sure you are still having some fun with it! 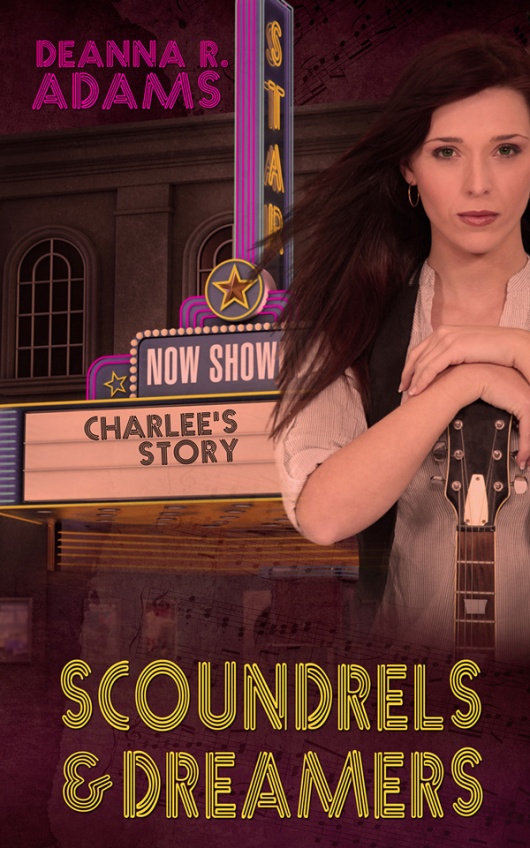 Rock singer, Charlee Campbell, aka Echo, cannot wait to start her new life—as Dusty’s wife and mother to their newborn son. Then the unthinkable happens. Baby Dylan is taken from the hospital in the middle of the night by a woman posing as a nurse. The kidnapping soon threatens the couple’s once-solid marriage, as well as Charlee’s musical career. As the years pass, Charlee begins to doubt that she will ever see her child again. Little does she know, her son, now named Ben, is as close, and elusive, as her next hit record.

From the dawn of MTV and shoulder pads, through leg warmers and grunge, Scoundrels & Dreamers picks up where Peggy Sue Got Pregnant left off. Charlee’s story brings back beloved characters while introducing new ones, whose affairs of the heart create the inspiration from which cherished songs are made.

DEANNA R. ADAMS is a writer, speaker, instructor, award-winning essayist and author of both fiction and nonfiction books. Her debut novel, Peggy Sue Got Pregnant: A Rock ‘n’ Roll Love Story, was released in June 2013, followed by its sequel, Scoundrels & Dreamers, in Oct. 2014.

Deanna is also an instructor and event coordinator at Lakeland Community College, and instructor for the Cuyahoga County Libraries Lit program, where she speaks and teaches on a number of writing topics. She is coordinator of the Western Reserve Writers’ Conference and founder of the Women Writers’ Winter Retreat, Write-on-the-Lake Retreat, and Write-in-the-Country Retreat.

Where to find Deanna…

6 responses to “Spotlight on Deanna Adams”