Today, we have Tina Frisco sharing the rich and varied experiences of her multi-act life.

Thank you, Joanne, for hosting me on your Second Acts blog. I’m delighted and honored to be among so many talented artisans.

My ACT ONE began with knowing that I wanted to be a nurse at age five. Born and raised in Pittsburgh, Pennsylvania USA, I attended parochial school for twelve years and academically pursued the fields of science and math. The nuns were excellent teachers, and by the time I graduated twelfth grade, I was well-prepared for further study in these areas.

Eager to leave the nest, I moved to New York to attend Nursing School. Back then, hospital-based schools were still in existence and proved to be far superior to college and university nursing programs. My class scored above all other programs in New York on our State Boards, including the Masters Programs. Needless to say, students and teachers alike were very pleased.

I worked as a nurse for many years in the areas of Med-Surg, Psychiatry, Hemodialysis, Family Planning, and Geriatrics. I’ve been a Staff Nurse, Charge Nurse, Assistant Director of Nursing (ADON), and Director of Staff Development (DSD). Seeking a greater challenge, I applied to the California State Department of Health Services for the position of Health Facilities Evaluator Nurse. These are the folks who visit hospitals, clinics, and home health agencies to evaluate their performance in adhering to state and federal guidelines. Since this was a civil service position, the candidate process took almost a year to complete. But it was well worth it; I not only was hired, but also was their first choice. I worked in the field of nursing until my mid-forties.

Music is also an integral part of my life. I received my first guitar at age fourteen and began writing songs and music. I emulated folksingers such as Joan Baez, Joni Mitchell, Judy Collins, Donovan, Tom Rush, and Gordon Lightfoot. Later on, Emmylou Harris, Cris Williamson, John Denver, and many others also became favorites. I performed publicly throughout high school and much of my adult life, both as a solo act and with others. I enjoy all genres of music, with the exception of some types of jazz.

In my early twenties, I became an animal rights activist. The practice of vivisection filled me with anger and disgust, especially since the poor creatures often were not given analgesics or anesthesia. Non-human animals are treated with little or no regard for their sentience, and I was compelled to advocate on their behalf. Ever since corporations assumed the larger part of the industry involving animal research as well as the care and raising of animals for food consumption, the emphasis is now placed on profits rather than concern for the quality of life. When great distance is placed between the steward and her/his charge, it becomes easy to objectify. Once I became aware of this, I began advocating for all beings and remain politically active to this day.

In my early thirties, I became apprenticed to a Medicine Woman. This catapulted me into the realm of spirit and solidly placed me on a spiritual path. Everything I now do derives from a depth within my heart, soul, and consciousness. Once consciousness is awakened, there’s no turning back. Many lessons are difficult and the path can be arduous at times, but the benefits reaped are priceless and enlightening.

In my mid-forties, I became quite ill with an immunologic disorder and was unable to continue working. Many years passed before the pain and fatigue lifted enough for me once again to become productive. 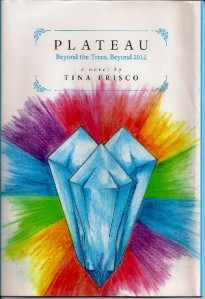 My ACT TWO began after watching several doomsday documentaries regarding the supposed end of the Mayan Long Count Calendar on December 21, 2012. I knew from a place deep within me that the world was not going to end on this date, and I felt compelled to put forth a message of hope into the world. I published Plateau: Beyond the Trees, Beyond 2012 in July of that year. Its underlying message is that we must keep our hearts open and act from love instead of reacting from fear; we must practice gratitude and compassion within every moment and with every breath; and in so doing, we’ll help elevate the human species to a higher consciousness, facilitating both personal and global peace.

About Plateau: W’Hyani, a fifteen-year-old tribal female, lives on a sequestered plateau where her people have little or no contact with the outside world. Born strong and willful, she is the predestined Keeper of the Crystal Heart, the key to unlocking the thousands-year-old mystery of the Great Mosaic of Life. Ignorant of her role as well as the shard’s significance, she carries it in a pouch around her neck, hidden from view and kept secret as her mother instructed before she disappeared. When cosmic forces begin testing her, W’Hyani meets every challenge with firm resolve. But ultimately she comes face-to-face with herself in a battle that would shrink the will of the most intrepid warrior, unaware that the realization of her destiny will irrevocably impact all beings on earth and beyond. The Great Mosaic of Life holds a message of hope that would allow us to see and live beyond our perceived horizons.

Last year I published my second book, Gabby and the Quads. When my niece had quadruplets, I was inspired to write a children’s book that was ethically as well as traditionally educational. For example, Gabby’s family includes two pit bulls. I explain that pit bulls are born gentle and become mean only when mistreated by humans.

About Gabby and the Quads: Gabby is an only child, and her parents are concerned about how she’ll receive four new babies into the family. They decide on a unique approach to introduce her to and help her accept this awesome experience.

I’m now writing another novel, in yet a different genre. I thought I would try my hand at writing in a genre that’s currently popular and selling well. Writing is an inherent part of who I am, and it sure would be nice to make a little money from it!

Aside from writing and music, I enjoy reading, dancing, arts and crafts, exploring nature, and getting lost in working crossword puzzles.

My advice for anyone planning to pursue a second act is the same as that which I give to aspiring authors: Follow your passion! It will lead you to your heart’s desire. And don’t be disheartened if you encounter obstacles. Give your mind a rest for a period of time. Take a walk. Listen to music. Visit with friends. You’ll be pleasantly surprised when you return to your project. Sometimes we have to take a step back in order to gain the perspective and momentum needed to move forward. And whatever you do, don’t listen to critics unless their criticism is constructive. If it is, learn from it. If it isn’t, turn a deaf ear and continue on. Above all, listen to yourself! Your intuition is your best guide.

Below are a few of my favorite quotes, the essences of which are reflected in my life’s philosophy and, thus, my writing: 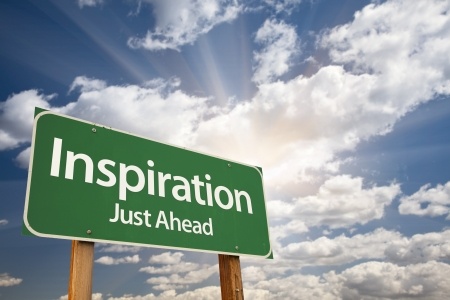 “I believe that imagination is stronger than knowledge – myth is more potent than history – dreams are more powerful than facts – hope always triumphs over experience – laughter is the cure for grief – love is stronger than death.” ~Ralph Waldo Emerson

“The greatness of a nation and its moral progress can be judged by the way its animals are treated.” ~Mahatma Gandhi

“You can also commit injustice by doing nothing.” ~Marcus Aurelius

“All that is necessary for the triumph of evil is that good men do nothing.” ~Edmund Burke

“In the end, we will remember not the words of our enemies, but the silence of our friends.” ~Martin Luther King, Jr.

“Take the breath of the new dawn and make it part of you. It will give you strength.” ~Hopi Nation

“Love is the bridge between you and everything.” ~ Rumi

Joanne, it has been a pleasure meeting you. Your generosity and support of artisans is much appreciated. I’m an optimist by nature and hope that gratitude, compassion, forgiveness, and love will imbue the current tenor of our social fabric – and prevail.

Walk in beauty, my friends…

Where to find Tina…

Tina, thanks for sharing your inspiring journey. Best of luck with all your creative endeavors.