1. IT IS A CRAFT THAT MUST BE LEARNED AND PRACTICED

Confession time: I am not, and never have been, an insatiable reader. As a child, I loved Ingalls-Wilder’s LITTLE HOUSE series, and in my teens, I discovered the Brontës and Jane Austen. Our family had little money, though, to spend on books, and I rarely thought about using the school library for fun reading. The library was only a place to study, copy stuff verbatim out of encyclopedias, and ogle the smart boys.

I’ve been a storyteller my whole life, though, so when someone suggested I write a book, I thought, Why not? How hard can it be?

Um, it’s pretty hard, and it might surprise you (like it surprised me) to learn that you don’t just sit down and fluidly pen a story. There’s a craft to it, something a practiced reader knows intuitively from the many hours spent with a book in her hands.

My first completed novel was a disaster, but that didn’t stop me from querying every agent and publisher in Jeff Herman’s “Guide to Book Publishers, Editors, and Literary Agents.” Amid the rejections stuffed daily into my mailbox was the response of one agent who’d written notes in the margins of my submission. “Head hopping . . . Whose POV are we in?”

WHAT? I knew then there was more to writing a novel than merely telling a story. I began anew, picked up every how-to book I could get my hands on, and—TA DA!—I started reading. I’m glad I did. Every book, good and terrible, teaches me something.

2. WRITING TAKES A LOT OF TIME

Pick up any book and look at the page. See those words? Yeah, those made it into the final product. For every one of them, there were buckets of others that didn’t. Still, someone wrote all of them, and that took time, the one thing most writers lack.

If you want to write books, you have to carve time out of your day to do it. If you have a day job or a family, this can be problematic. You might need to sacrifice sleep, lunch hours, even picnics, family reunions, your favorite television shows, and . . . clean pants. Eventually, your loved ones will complain, and you’ll need to figure out how to balance your real life with your dream. When you do, email me your secret. My husband is starting to complain about the scant fare at our establishment.

3. YOU WILL FACE REJECTION

Repeatedly. So much, in fact, that you will begin to think you should throw your laptop off a cliff (with you still holding it) and give up writing forever. Don’t. They are a necessary part of your journey, because they force you to reevaluate. Should you be lucky enough to receive a rejection that offers more than “Sorry, not for us,” see it as the gold it is. Even though it’s a rejection, the agent or editor who sent it saw something in your writing that made her want to personalize her response and maybe even give you some direction. That’s a foot in the door. Wedge your size 8.5 stiletto in there and pry that baby open. Use every bit of hope as fuel, make adjustments, and one day, you’ll have a contract. 4. A CRITIQUE PARTNER IS AS NECESSARY AS BREATHING

It can be hard to show your work to someone, and even harder to have it returned with red marks all over it. But a good, honest critique partner is something you can’t live without. You need that second set of eyes. A regular critique partner will know you and your work so well she’ll even tell you when you’re straying from your voice.

You will need to review your buddy’s work, as well. A lot of us struggle with this, because we don’t like to hurt feelings, or we think we aren’t good enough to offer anyone advice. You have to get over this quickly. Comments on another’s work aren’t a personal attack, and you can word them nicely. “While this is a great sentence, I think it might read better without so many adjectives.” You may find that critiquing another’s work is one of the best ways of learning what works, and what doesn’t.

5. UNLESS YOU WRITE A BREAKOUT NOVEL, THERE WILL BE NO LONG LINES OF READERS WAITING TO SEE YOU AT THE BOOKSTORE

This should be your ultimate dream, but the odds of it happening on your first try are pretty slim. You will have book signings, but they’ll be sparsely attended, and mostly by your family. They are wonderful just the same.

6. MOST OF THE PEOPLE AROUND YOU WILL SEE YOUR WRITING AS A HOBBY

Until my first contract, just about everyone I know saw my writing as a hobby. This can be a downer and make it hard to stay focused. It also means fighting for your writing time, since those around you will ignore the boundaries you try to set. You need to believe, though, because if you don’t believe, who will?

7. WHEN YOUR NOVEL DEBUTS, YOU’LL THINK YOU’VE MADE IT

And you have! Sort of. But because you’re freshly published, you won’t understand that now the real work begins!

8. YOU’LL SPEND AS MUCH TIME MARKETING AS YOU DO WRITING

Unless you land a contract with one of the biggies, you can expect to market your own books. Small presses do what they can, but it’s not much. Your release will debut and sales will be pretty good, because everybody who loves you will support you with a sale. You’ll relax and start calculating how many books you will sell in a year based upon the current rate, and it will be exciting! You’ll allow yourself to think about that old dream again, the one with the huge line waiting to see you at bookstores. Unfortunately, around the three-month mark, if you’ve done no marketing, your book will start slipping in rank, and several months later, you’ll realize you need to get the paddles out and yell, “Clear!” to find your book’s heartbeat again.

I’m at this point now with my debut novel. I’ve done two blog tours, advertised online, sent press releases off to local papers, visited my local library, dropped off cards just about everywhere I can think of, purchased a Google Adwords campaign, Tweeted, Facebooked, blogged . . . it wears a writer down. But by your second book, you’ll have figured out what works (and what doesn’t), so you’ll be smarter and less burdened next time. 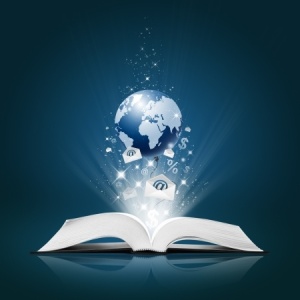 9. YOU WILL GET BAD REVIEWS

I was not prepared for how deeply my first bad review would affect me. No joke, it sent me to therapy and nearly ended my marriage. It wasn’t so much the content of the review, which was quite positive in parts. It was the way in which it was delivered, and it was, after all, my first.

The thing about a book (even yours) is that not everyone will love it. If you don’t believe me, look up your all-time favorite book on Goodreads or Amazon and check out the 1-star reviews. Those people hated the book you love.

When you get your first bad review, you will want to defend yourself and your work. Don’t. And don’t let Aunt Freda defend you, either. This will be hard, because it will seem like some of the reviewers either didn’t read—or skimmed—your book.

Remember why you write. Is it for praise? No, it’s because you love telling stories. So, tell them. If praise comes as a result, smile and strut around for a while. If not, consider whether there’s anything valuable in the critical reviews and then get back to your work-in-progress.

If you’ve read 1-9 above, then it should be clear that the road to publication is a bouncy one. You’ll tire of working non-stop for little return. You’ll miss your family, clean clothes, a tidy house, and cupboards that are filled with food, not research papers and writing books. You’ll look at the money and time you spend on your dream and wonder if it’s really worth it. Someone will post a bad review and you’ll throw your stack of unread “Romance Writers Reports” against the dining room wall. That’s it! You’re quitting! You’ll storm out of the house and go for a walk and a good, long cry. Halfway around the park, you’ll notice young parents sitting on bleachers watching Little League practice. The guy on the top row isn’t watching his son. He’s watching the single mom three rows down. And your mind begins to wonder . . . will he ever get the nerve to ask her out?

And then you know. You’re infected. Diagnosis: terminal writer.

In twelfth century Scotland, it took a half-Gael with a Viking name to restore the clans to their rightful lands. Once an exile, Somerled the Mighty now dominates the west. He’s making alliances, expanding his territory, and proposing marriage to the Manx princess.

It’s a bad time to fall for Breagha, a torc-wearing slave with a supernatural sense of smell.

Somerled resists the intense attraction to a woman who offers no political gain, and he won’t have a mistress making demands on him while he’s negotiating a marriage his people need. Besides, Breagha belongs to a rival king, one whose fresh alliance Somerled can’t afford to lose.

t’s when Breagha vanishes that Somerled realizes just how much he needs her. He abandons his marriage plans to search for her, unprepared for the evil lurking in the shadowy recesses of Ireland—a lustful demon who will stop at nothing to keep Breagha for himself.

Julie is a member of Romance Writers of America and Central PA Romance Writers. When not writing, she enjoys antiquing, shooting longbow, traveling, and cooking over an open fire at her cabin. She lives in Pennsylvania with her Irish husband, who sounds a lot like her characters.

Where to find Julie