I’m thrilled to welcome Soul Mate author CD Hersh to the Power of 10 series. Today, Catherine and Donald will share ten interesting facts about the heroine of their latest release, Son of the Moonless Night. 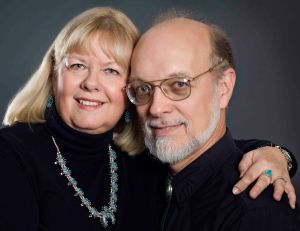 One of the fun things about creating characters is coming up with quirks, personality traits, and interesting tidbits about their personal background. Katrina Romanovski is one of our reader’s favorite characters. We’ve already been asked if she is going to appear in another book. Much to the reader’s dismay we wouldn’t reveal the answer.

1. She is from Transylvania but not Romania. We do solve this mystery in the book.
2. She hunts paranormals. Hates vampires. And swears by Count Dracula.
3. She wears a huge Celtic cross as a talisman against vampires.
4. She not only hunts paranormals, but she’s had her share of paranormal boyfriends. No zombies please, they’re just too creepy.
5. She is a blonde version of NCIS’s forensic scientist Abby but with a medical degree.
6. She decided to leave her father’s paranormal hunting business because she was looking for normalcy in her life. Instead she found Owen, the hero of Son of the Moonless Night, a shape shifter.
7. She is part gypsy, on her father’s side. Her mother is British. Prim-and-proper breeding war with Katrina’s gypsy walk-on-the-wild side. The gypsy usually wins.
8. She has traveled the USA as an FBI agent but now likes Cleveland, the mistake by the lake.
9. She loves Italian food but has trouble cooking it, especially when Owen is around.
10. She spends a lot of time in alleys. 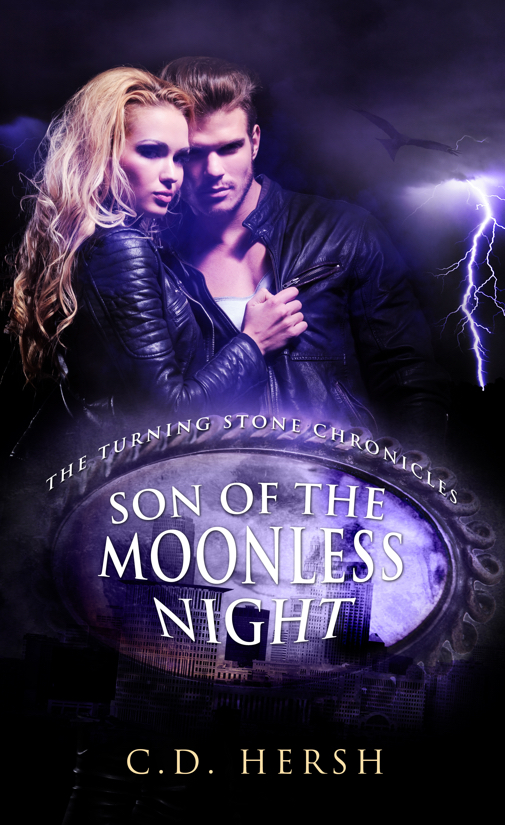 Here is a little more about Katrina from the book:

A crash in the alley stopped Katrina Romanovski mid-stride. Like the October mist swirling in off the lake, her gypsy blood stirred sending her intuition into high gear. Something unnatural was happening.

Go see what’s wrong. She heard her father’s voice as clearly as if he stood next to her.

On the heels of his words came her mother’s pragmatic warning in clipped British tones. You know what curiosity killed. Katrina pushed the ever-present warning aside. Mom never approved of Dad’s supernatural hunts and even less of his drawing her into them.

Pulling the oversized cross she always wore out from under her shirt, Kat looked around for a weapon. Please, not a vampire. I hate vampires! A piece of wood sticking out of the trashcan at the front of the alley caught her eye.

Grabbing it, she broke the end off into a sharp point. The mist-filled air filtered the light from the single bulb over one of the alley doorways. The wind swirled the loose trash around making a quiet approach difficult. Sidestepping the paper, with the stake in one hand and holding the gun she took from her purse in the other hand, she crept into the alley.

A roar echoed against the buildings, the sound nearly sending her running. That roar wasn’t a vampire. It sounded more like an animal. Kat inched closer. In the yellow pool of light from the back door of the building, a black bear, over seven feet tall, reared on its back legs and swung its paw at the man standing at the edge of the light. He crashed to the ground, shirt torn open from the slashing claws. Blood covered the fabric, and he clasped his left hand over his shoulder to stem the flow. The bear bent toward him, teeth bared in a smile. A wicked smile.

Kat aimed her gun, but before she could pull the trigger, a shot rang out. The flash of gunpowder lit the face of the injured man. The blast reverberated against the buildings. With an enraged bellow, the bear staggered backward against the wall. Shaking his head, the animal dropped to all four paws. Weaving like a drunk, he lumbered toward his attacker. The man took aim again, shooting the animal between the eyes. Animal and human collapsed on the dirty, littered pavement.

As she started to move forward, Kat’s gypsy senses crawled over her skin like angry red ants. As she slipped back into the shadows, the bear shed fur. Changing size. Then, finally, turning into a man.

Shape shifters. Her stake wasn’t any good against them, and her bullets weren’t silver. This one appeared dead anyway. Had the wounded man seen the shift? Tossing the stake aside, she paused by the shifter and quickly moved to the wounded man. Out cold. Still human.

When she touched him, his eyelids fluttered open. “Did I get it?”

The Promised One (The Turning Stone Chronicles Book 1):
eBook | Paperback

Putting words and stories on paper is second nature to co-authors C.D. Hersh. They’ve written separately since they were teenagers and discovered their unique, collaborative abilities in the mid-90s. As high school sweethearts and husband and wife, Catherine and Donald believe in true love and happily ever after.

Together they have co-authored a number of dramas, six which have been produced in Ohio, where they live. Their interactive Christmas production had five seasonal runs in their hometown and has been sold in Virginia, California, and Ohio. Their most recent collaborative writing efforts have been focused on romance. The first three books of their paranormal romance series entitled The Turning Stone Chronicles are available on Amazon.

Where to find CD Hersh…

5 responses to “10 Facts about Katrina Romanovski”