I am thrilled to spotlight author Susan Coryell and her three novels. 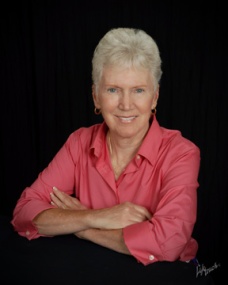 How’s the luck of the Irish treating you? Have you found any lucky pennies on the road lately? Four-leaf clovers? Luck is something we writers hope for in every phase of our projects: Lucky to get a good agent, lucky to grab the attention of an editor, lucky to be offered a publication contract. Well, my writing journey is a bumpy one, to say the least. Let me begin by saying I generally do not consider myself to be a lucky person. I do not win sweepstakes, I do not win drawings and once, at a fashion show, I was the only person at my table of 10 who did not win a door prize. Let’s just say, I am never surprised when this happens.

I wrote my first novel, Eaglebait, about school bullies when I was teaching 7th and 8th graders. No research needed; my classroom, the school corridors and cafeteria were my lab. For once, I felt lucky when Harcourt offered a contract for a hardback version of Eaglebait. At the time Harcourt was a huge publishing company—later bought out by Houghton Mifflin. My luck ran out when my editor left immediately after editing my book, leaving no one to champion Eaglebait. Though I’d been told by the publisher that it would take two years to get through the library review system, Harcourt pulled my novel after 14 months. Sigh. I’d even managed to acquire two big awards—one national and one international in the short time it was in print, but they were done with me.

Then life intervened. A full-time working mother with three children and a husband who owned his own small business—I felt good if I had time to wash out my pantyhose, let alone write another book. So, even though I had a lot more in my writing mind, I simply had no time to create another novel.

Blessed retirement popped me right into free-lance writing in my new lake community. I loved writing for everything from my church to the local arts council. I wrote for the Chamber of Commerce, a political group and the charity home tour. I wrote for magazines and newspapers. Not much money involved, but I’d never been in the “business” for profit anyway. I was feeling very lucky!

But I finally found my muse when I looked around my beautiful Southern Virginia lake home and realized I was in an ideal setting for cozy mystery/Southern Gothic novels. Pastoral scenes and quirky small-town characters abound here, and, let’s face it, the South is ripe for drama, what with all that Civil War angst and unwillingness to accept change of any sort. A Red, Red Rose features Ashby Overton, a 20-year-old who travels from New Jersey to her ancestral estate, Overhome, where she finds mystery, history, romance and a ghost as she digs for her family roots at the historic Moore Mountain Lake horse farm. Offered a contract by L&L Dreamspell, a small indie press in Texas, I was in Seventh Heaven. But old bad luck struck again. Due to the death of one of the publishing team, Dreamspell folded, leaving 250 authors scrambling for new publishers.

Now I am counting myself one lucky author to be published by The Wild Rose Press. They are wonderful to work with—from the publisher to the editor—my experience has been a dream come true. Beneath the Stones, sequel to A Red, Red Rose released April 1st of this year. Guess what I am working on now? The third Overhome novel, of course. Wish me luck!

Ashby Overton has everything to look forward to, including a promising writing career and her wedding at summer’s end. But, Overhome, her beloved historic family estate in Southern Virginia, is in financial peril and it is up to Ashby to find a solution.

Interfering with Ashby’s plans is a dark paranormal force that thwarts her every effort to save Overhome. Supernatural attacks emanate from an old stone cottage on the property rumored to be a slave overseer’s abode, prior to the Civil War. As the violence escalates, Ashby begins to fear for her life. Who is this angry spirit and why is his fury focused on Ashby?

Mystery, suspense and romance flourish against a backdrop of Civil War turmoil and ancestral strife–where immortality infiltrates the ancient air breathed by all who inhabit Overhome Estate.

I’d like to add my author’s note for Beneath the Stones: The Civil War letters included in Beneath the Stones are based on actual letters written from battle fronts by family ancestors, Joseph Franklin Stover and John William Stover. After my mother-in-law’s death, the family found a nondescript box in her file cabinet. Inside we were amazed to find fifteen letters hand-written in beautiful, flowing script. Since this occurred as I was in the midst of writing Beneath the Stones, I immediately seized on the idea of using excerpts from the letters in the novel. Though, for practical reasons, I omitted many details, overall the letters reveal a haunting picture of life for the Confederate soldier. A final note: The flute mentioned in one of the letters is very likely the same flute on display at the Museum of the Confederacy in Appomattox, Virginia.

I have long been interested in Southern concerns about culture and society, as hard-felt, long-held feelings battle with modern ideas. The ghosts slipped in, to my surprise while writing cozy mystery/Southern Gothic A Red, Red Rose and its sequel Beneath the Stones.

When not writing, I enjoy boating, kayaking, golf and yoga. My husband and I love to travel, especially when any of our seven grandchildren are involved.

Where to find Susan…

31 responses to “Spotlight on Susan Coryell”