I am happy to feature author Rachel Brimble and her novels, What a Woman Desires and Christmas at the Cove. 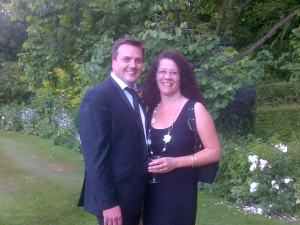 I have always wanted to write since reading The Famous Five series by Enid Blyton when I was around eight or nine. I would make up stories and bind the pages together with colored ribbon. I wish so much that I’d kept my first novel attempts!

From this young age, I wrote on and off for a few years but it wasn’t until I found my first Harlequin romance around the age of fourteen that romance (and women’s fiction) became my passion. I vowed after I’d finished reading that I would get a book of my own published one day.

Of course, that didn’t happen for a LONG time…

I left school at sixteen and started work in the insurance industry. A couple of years later I met and fell in love with my husband…life happened, marriage happened, kids happened. I was happy at home, but it was upon the birth of my second daughter that I had my ‘now or never’ moment.

Starting with short stories, I had a little success online and in women’s magazines. When it was time for my daughter to start school full-time, I knew it wouldn’t be long before my husband asked me what I was going to do…I need the answer ready. Write a novel!

That was in 2005 and, in 2007, The Wild Rose Press published my first romantic suspense, Searching For Sophie. From 2007 until 2012, I had at least one novel published every year, sometimes more.

The dreams started to come true when I had books accepted by both Harlequin Superromance and eKensington in 2012. Since then, I have been writing mainstream romance and romantic suspense for Harlequin and Victorian romance for eKensington.

I am a very happy author! 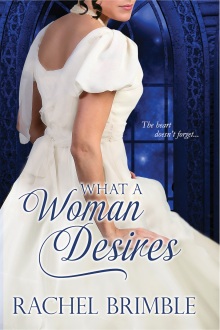 From country girl to actress of the stage, one woman dares to live her dreams—but is she brave enough to open her heart…?

Monica Danes always wanted more than the village of Biddestone had to offer. After a failed courtship to a man of her parents’ choosing, she fled for the city of Bath and never looked back. Today, Monica is the undisputed queen of the theater—a wealthy, independent woman. But when she is called home in the wake of tragedy, Monica returns—intending to leave again as soon as possible.

Thomas Ashby has been a groom at the Danes estate since he was a boy—and has been enamored with Monica for almost as long. He knows he isn’t a suitable match for his master’s daughter, despite the special bond he and Monica have always shared—and their undeniable attraction. But now that she’s returned, Thomas has one last chance to prove himself worthy—and to show Monica a life, and a love, she won’t want to give up… 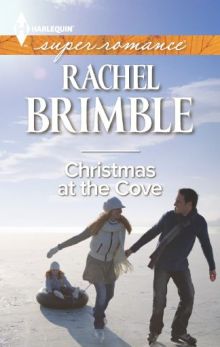 Scott Walker doesn’t have time for a relationship. The sexy mechanic has career ambitions, not to mention a mother and three sisters to take care of. The last thing he needs is Carrie Jameson, the beauty he never forgot, arriving in Templeton Cove over the holidays with some unexpected news.

Scott still finds Carrie irresistible, and he’s not one to shirk responsibility. Scott’s issues with his own dad make the prospect of parenthood a minefield. But if he and Carrie can overcome their fears, this Christmas could bring them the best gift of all.

Rachel lives with her husband and two teenage daughters in a small town near Bath in the UK. After having several novels published by small US presses, she secured agent representation in 2011. In 2012, she sold two books to Harlequin Superromance and a further three in 2013. She also writes Victorian romance for Kensington–her debut was released in April 2013, followed by a second in January 2014 and the third is released Jan 2015.

Rachel is a member of the Romantic Novelists Association and Romance Writers of America, and was selected to mentor the Superromance finalist of So You Think You Can Write 2014 contest. When she isn’t writing, you’ll find Rachel with her head in a book or walking the beautiful English countryside with her family and beloved black Lab, Max. Her dream place to live is Bourton-on-the-Water in South West England.

She likes nothing more than connecting and chatting with her readers and fellow romance writers. Rachel would love to hear from you!

Where to find Rachel…

8 responses to “Spotlight on Rachel Brimble”