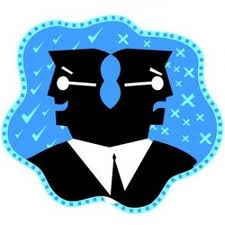 The topic of pseudonyms came up on a discussion board. Several writers expressed an interest in using pen names and wanted more information about the legalities involved.

I was surprised to see so much interest in the topic. I had always associated pseudonyms with female writers such as Mary Anne Evans/George Eliot, who used a male name to ensure that her work would be accepted by publishers and the public.

While researching the topic, I discovered many more reasons for using pen names.

A pen name may be used if the author believes that his/her name does not suit the genre. Western novelist Pearl Gray dropped his first name and changed the spelling of his last name to become Zane Grey.

In some countries, authors use pen names to write about controversial topics that could be politically unsafe.

Writers of romance novels are often advised to use pen names to protect themselves against stalkers.

In the past, prolific authors were asked to use pen names to prevent flooding the market with too many books in one year. Stephen King published four novels under the pseudonym Richard Bachman. After critics pointed out style similarities, the books were reprinted with Stephen King’s name. One of his books, Thinner, sold twenty times more copies after the changes were made.

Some writers wish to keep their writing career separate from their everyday life. Comic book writer Stan Lee was born Stanley Lieber. He used the pen name Stan Lee because he intended to save his real name for more serious literature. His career as a novelist never materialized so he changed his name legally to Stan Lee.

A collective name or house name is used with series fiction such as the Nancy Drew, Hardy Boys, and Bobbsey Twins series. The first book in each series was written by one writer, but subsequent books were written by ghost writers.

Collaborative authors like to have their books published under one name. Alice Alfonsi and Marc Cerasini write their Coffeehouse Mystery series using the pseudonym Cleo Coyle.

Last year, J.K. Rowling was outed as the author of Cuckoo’s Calling, which she published under the pen name Robert Gailbraith. In an interview, she commented: “”I was yearning to go back to the beginning of a writing career in this new genre to work without hype or expectation to receive totally unvarnished feedback. It was a fantastic experience and I only wish it could have gone on a little longer.”

You don’t have to file any forms or hire a lawyer. Simply put the phrase “writing as” on your manuscript and let the publisher know your real name to ensure that you receive payment for your work.

Any other interesting pseudonym stories out there?