Today, we have multi-genre author and editor Harmony Kent chatting about her extraordinary life journey from a Buddhist temple to literary success. 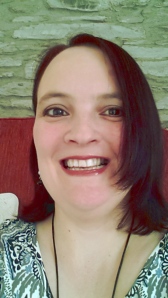 I wrote all the time as a kid, but it wasn’t always well received. I guess children tell it like they see it, and when I wrote about the world around me, the grownups didn’t always appreciate such a clear mirror!

Needless to say, I grew up and my mirror was more than a bit cloudy. All my energy went into dealing with life: relationships, job, just getting through each day. So, the writing fell by the wayside. I just didn’t have the confidence or the time.

Then I made a decision that changed my life: I took ordination as a Buddhist Monk and lived in a Temple for 13 years. I worked through a lot during those years, and I found a confidence and contentment I had never known. Life was good.

In 2007 I underwent routine surgery, and unfortunately it went very wrong. I was left disabled and in a lot of pain for the next three years. In 2010 I had one of my legs amputated in an attempt to improve the situation. Although I still experience lots of pain, I am not as debilitated as I was pre-amputation. So, while it didn’t give me the fresh start I had hoped for, it did offer me some relief and improvement.

I stayed in the Temple for six years after the injury, but couldn’t follow the schedule, or do the tasks I would normally have done. So, just shy of two years ago, I made the decision to leave and return to the world. I was forty years old, not very mobile, and starting my life from scratch. I didn’t have any belongings, or anywhere to live. I was literally beginning life anew.

Once all my basic needs were taken care of, I had to find something to fill my time and keep my brain occupied. Very quickly, I found a story begging to be written, and so I sat at the computer and began to type. The Battle for Brisingamen was born. As soon as I had finished that one, another story idea was pestering me, and so I continued to write.

Two years on, and I have three books published, with more on the way. I also offer editing and proofreading services for other authors. As well as being a busy book reviewer. I have met many online friends, and my life is so full.

My second book, The Glade, received an IndieBRAG Medallion in July—which is a difficult award to achieve. Only ten percent of all books submitted are offered the medallion. My latest book, Elemental Earth, was released just six days ago, and is my first Young Adult novel. I am already working hard on the sequel: Air-born. 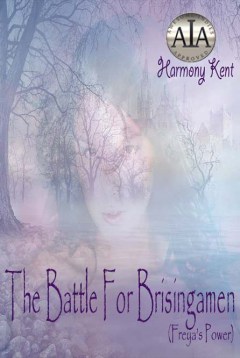 When life as you know it comes to an end, and you find yourself asking ‘what now?’ Don’t give up. Don’t despair. Yes, it’s hard. But, it is also a great opportunity to re-invent yourself. There is always a way. Had my injury not occurred, I would probably have still been living a cloistered life under monastic vows. However, the life I have now is so rewarding and fulfilling, and I wouldn’t change it for the world.

The change was scary, and I felt isolated for a long time. But, I kept going. Who says an old dog can’t learn new tricks? For me, life really did begin at forty.

‘No matter how you feel: get up, dress up, show up, and never give up.’

I found this quote online, and it spoke to me in a personal way. I used it in a recent guest article I wrote for All Author’s Magazine. It is from Lea Michelle’s ‘Rise and Shine’ quotes, and echoes closely my own philosophy. That’s not to say that when we need to take time out we can’t do it. Quite the opposite: if we need to stay put and rest, then that is our work for the day. We have to choose our battles, as it were. The important thing is that we aren’t giving up. 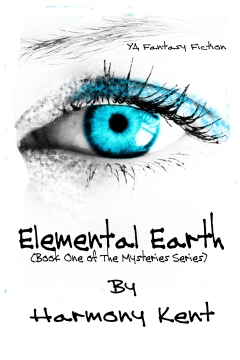 Elemental Earth is a Young Adult Fantasy Fiction novel, and was released on July 31st 2014. It has already received its first 5 star reviews!

“You turned the god of gnomes into a garden ornament?”

Sarah looked closely, but couldn’t tell if her dad was annoyed or amused—perhaps he was both …

Whilst 15 year old Sarah may be struggling to regain her feet, after being ripped from her everyday mundane life and ending up in a whole new dimension, she still knows how to have a bit of fun along the way. The Earth Elemental isn’t the only one whose feathers she manages to ruffle, and it’s only been four days. Meanwhile, her best friend is missing, and big trouble is brewing. She soon has a lot more to worry about than what happened to her phone or iPod, or even how much of an idiot Caleb obviously thinks she is.

Elemental Earth is the first book in The Mysteries series, and is aimed at Young Adults. Even if you’ve already reached an age where the young ones might call you ‘old enough’, if you’re still young at heart then you’re bound to enjoy these books just as much as the next—err—younger adult.

Age aside, perhaps we should be more worried about what further havoc Sarah’s antics might be about to wreak on the universe as we know it? We’d probably all be sleeping a lot more soundly if she’d only stuck to applied maths and the odd pillow fight. But no, sadly the lure of the proverbial rabbit hole proved just a tad too much. And now she’s taken the plunge, there’s no turning back.

Where to find Harmony…

Wow! I am inspired by your journey and look forward to reading your books. If you ever run out of creative ideas, consider writing a memoir.

11 responses to “From Wrong to Write”