Today, we have Lilas Taha talking about a challenging life journey and her debut novel, Shadows of Damascus.

Born in Kuwait to a Palestinian refugee father, and a Syrian immigrant mother, I had a mix of cultures in my upbringing. In 1990, I was displaced by the Gulf war, and landed in the United States under very difficult circumstances. I was almost penniless, experiencing culture shock, and worried sick about my family trapped in a war zone.

I had a bachelor’s degree in Electrical Engineering from Kuwait University, but no papers to prove it since the Iraqi invasion of Kuwait destroyed my chance to obtain any records. The war wiped my past, and took away my present. I was determined not to let it rob me of a future I wanted and deserved. I found a way to pursue a Master’s degree in Human Factors Engineering from the University of Wisconsin-Madison, and landed a decent job in the process. I married a wonderful man and moved to Texas to establish a family. I am the proud and extremely lucky mother of a daughter and a son.

I chose the field of social safety instead of the Industrial field, working with domestic abuse victims. Over the years, I saw different forms of survival, different levels of strengths that propelled people, especially victimized women, to escape the wars they carried within and get on the path of recovery. I admired their perseverance, their undeniable desire to live free of fear and violence, and their unimaginable courage to break away.

Having roots in Syria from my mother’s side, I have deep ties to the country and its culture. Furthermore, my father’s family also lived in Syria as Palestinian refugees. Every chance my parents had, they took us to Syria to connect with family members on both sides. As an American, I culturally identify myself to have a mix of Syrian and Palestinian background.

When the uprising started in March of 2011 in Syria, I understood the initial peaceful movement. I understood the driving force behind it, the desire to live free of oppression and with dignity. But when it quickly spiraled into full civil war, every thought and emotion left me, replaced by fear. Family, loved ones, friends and acquaintances are caught by the incomprehensible violence. And I know death dose not discriminate when it sweeps in with bombs, bullets and destruction.

Feeling helpless to do anything from a distance, I found myself in a very dark place emotionally, and I needed an outlet. So I started writing Shadows of Damascus as a form of therapy. I didn’t just set out to write a story. I had a deep desire to catch part of the struggles survivors go through by no means, giving their agony its due rights. Although my characters are completely fictional, I drew on my own experiences to express the jumble of emotions involved. My aim was not to describe a political climate that was, and still is, too volatile and complicated to explain without delving in history lessons. I wanted to write about emotions, about the people who have to endure the rest of their lives with unusually heavy loads on their backs. I wanted to write about life, rather than death and destruction. But how could I do that when the premise of the plot is set in two still active wars?

I am constantly aware of the heavy price any meaningful success requires of people. I also became aware of the burden carried by some American soldiers who were involved in Iraq. I wanted to bring the two worlds together. The hopeful dreamer that I am, I wanted my hero and heroine, two destroyed souls by completely different wars, to have a chance in life. And so the story of Yasmeen and Adam began.

I am now in a hopeful state. Fear gave way to acceptance. Having published my first novel–a long time dream for any aspiring writer–I am looking forward to a time when peace, not war, propels me to write another kind of story. In the meantime, I am finishing up my second novel, discussing a love story that blossoms in a volatile environment again, though a different one this time. I found my place in this world, finally. I want to continue writing, hoping my stories appeal, educate, and entertain readers.

This comes from my training as an engineer: Every problem has a solution. I find this applicable on the social level too, if one looks hard enough and is willing to step out of the box circumstances and/or society imposed. 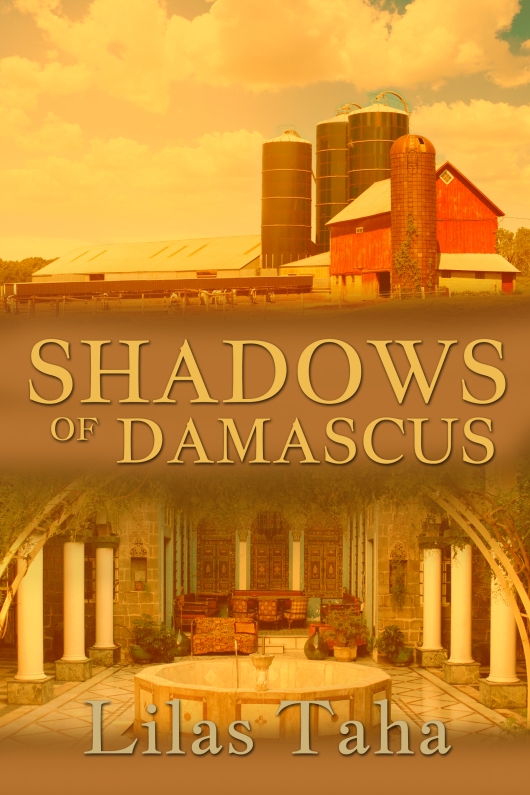 Bullet wounds, torture and oppression aren’t the only things that keep a man—or a woman—from being whole.

Debt. Honor. Pain. Solitude. These are things wounded war veteran Adam Wegener knows all about. Love—now, that he is not good at, not when love equals a closed fist, burns, and suicide attempts. But Adam is one who keeps his word. He owes the man who saved his life in Iraq. And he doesn’t question the measure of the debt, even when it is in the form of an emotionally distant, beautiful woman.

Yasmeen agreed to become the wife of an American veteran so she could flee persecution in war-torn Syria. She counted on being in the United States for a short stay until she could return home. There was one thing she did not count on: wanting more.

Is it too late for Adam and Yasmeen?

Where to find Lilas…

Thank you Lilas for inspiring us with your journey and insights. Best of luck with Shadows of Damascus.

10 responses to “Stepping Out of the Box”