I’m thrilled to welcome Canadian mystery author Judy Penz Sheluk to the Power of 10 series. Today, Judy shares her favorite movies and her new release, Skeletons in the Attic. 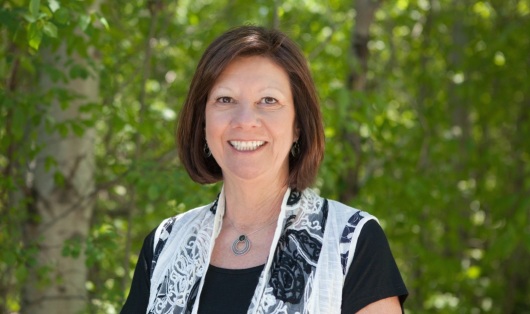 I love movies, but the reality is that a lot of movies I once loved simply don’t hold up today. But this series is about the Power of 10, and so, without further ado, I’m going to list, in order of release date, 10 movies that pass the test of time.

1969: Butch Cassidy and the Sundance Kid. Featuring a young Paul Newman and Robert Redford as Butch and Sundance, the two leaders of the Hole-in-the-Wall Gang. Butch is all ideas, Sundance is all action and skill. The west is becoming civilized and when Butch and Sundance rob a train once too often, a special posse begins trailing them no matter where they run. Oh…and Newman and Redford were smoking hot…

1973: The Way We Were. The story of Katie Morosky (Barbra Streisand) and author Hubbell Gardiner (Robert Redford) during the late 1930s to the late 1950s. A heartbreakingly beautiful love story that still makes me cry. 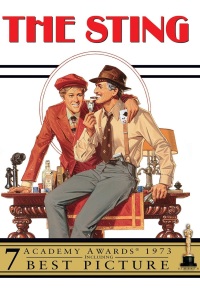 1973: The Sting. Newman and Redford are back (and still hot)! When a mutual friend is killed by a mob boss, two con men, one experienced (Newman) and one young (Redford) try to get even by pulling off the big con on the mob boss. I can remember seeing this at the show on Christmas Day (release date) and the audience stood up and clapped at the end.

1975: One Flew Over The Cuckoo’s Nest. McMurphy (Jack Nicholson) has a criminal past and has once again gotten himself into trouble and is sentenced by the court. To escape labor duties in prison, McMurphy pleads insanity and is sent to a ward for the mentally unstable. He rebels against an oppressive nurse (Louise Fletcher) and rallies up the scared patients (including a very young Danny DeVito). If you haven’t seen this, you must.

1976: A Star is Born. Talented rock star John Norman Howard (Kris Kristofferson) has seen his career begin to decline. Then he meets the innocent, pure and very talented singer Esther Hoffman. He shows Esther the way to stardom while forsaking his own career. As they fall in love, her success only makes his decline even more apparent. The fact that Kristofferson is drop dead gorgeous doesn’t hurt. [In fact, I patterned Levon Larroquette, a major character in The Hanged Man’s Noose, after Kris].

1987: Overboard. A cruel but beautiful heiress (Goldie Hawn) screws over a hired carpenter (Kurt Russell), who later is the first one to find her when she gets amnesia. Looking for a little revenge he convinces her that she’s his wife. One of the best endings ever. Love the macaroni necklace.

1989: When Harry Met Sally. Harry (Billy Crystal) and Sally (Meg Ryan) meet when she gives him a ride to New York after they both graduate from the University of Chicago. The film jumps through their lives as they both search for love, but fail, bumping into each other time and time again. The best New Year’s Eve movie EVER.

1990: Pretty Woman. Edward Lewis (Richard Gere) in a legal but hurtful business needs an escort for some social events, and hires a Vivian Ward (Julia Roberts), a beautiful prostitute … only to fall in love. Love the shopping scene on Rodeo Drive.

1996: Primal Fear. An altar boy (Edward Norton) is accused of murdering a priest, and the truth is buried several layers deep. Richard Gere stars as the lawyer defending him. Norton was nominated for Best Supporting Actor (and should have won).

1996: The First Wives Club. Reunited by the death of a college friend (Stockard Channing), three divorced women (Goldie Hawn, Diane Keaton, Bette Midler) seek revenge on the husbands who left them for younger women. My go-to movie when I’m feeling down. It always makes me laugh out loud.

What each of these movies has in common are characters we want to believe in, and a story that allows us to suspend disbelief for the time we invest in it.

That’s my goal, as an author, whether I’m writing a short story or a novel. Here’s a bit about my most recent release, Skeletons in the Attic: A Marketville Mystery. Hello Hollywood, are you reading this??? 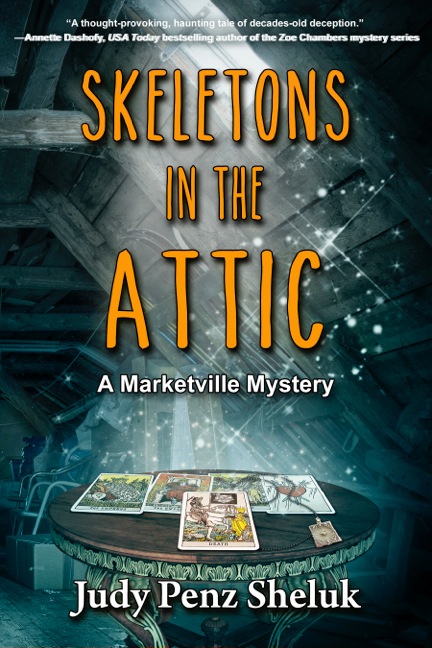 What goes on behind closed doors doesn’t always stay there…

Calamity (Callie) Barnstable isn’t surprised to learn she’s the sole beneficiary of her late father’s estate, though she is shocked to discover she has inherited a house in the town of Marketville—a house she didn’t know existed. However, there are conditions attached to Callie’s inheritance: she must move to Marketville, live in the house, and solve her mother’s murder.

Callie’s not keen on dredging up a thirty-year-old mystery, but if she doesn’t do it, there’s a scheming psychic named Misty Rivers who is more than happy to expose the Barnstable family secrets. Determined to thwart Misty and fulfill her father’s wishes, Callie accepts the challenge. But is she ready to face the skeletons hidden in the attic?

Judy Penz Sheluk’s debut mystery novel, The Hanged Man’s Noose, was published in July 2015. Skeletons in the Attic, the first book in her Marketville Mystery Series, was published August 2016. Sequels are planned for both series in 2017.

Judy is a member of Sisters in Crime, Crime Writers of Canada, International Thriller Writers, and the Short Mystery Fiction Society.

Find Judy on her website/blog at http://www.judypenzsheluk.com, where she interviews other authors and blogs about the writing life.