On Wednesdays, I share posts, fables, songs, poems, quotations, TEDx Talks, cartoons, and books that have inspired and motivated me on my writing journey. I hope these posts will give writers, artists, and other creatives a mid-week boost.

Whenever I need a strong dose of reality, I listen to the following TED Talk by Elizabeth Gilbert. The best-selling author of Eat, Pray, Love (Over 11 million copies were sold), Elizabeth was catapulted into instant success. But there is life after success, and sometimes it takes the form of failure. In this entertaining Talk, Elizabeth shares her brushes with success and failure. 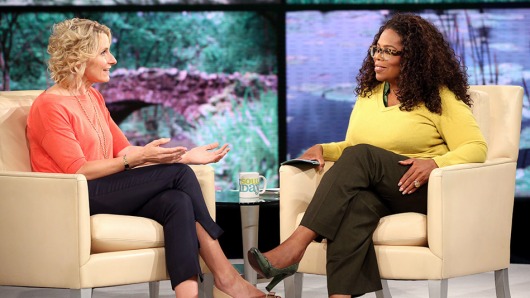 The telecast focused on the lessons inherent in Eat, Pray, Love, the book that sparked a revolution and inspired a generation of women around the world to start their own journeys. It is not surprising that the book was translated into 46 different languages, sold over 15 million copies, and spent over 200 weeks on the best-seller list.

Interestingly enough, Elizabeth had not planned on starting a revolution. At a critical juncture in her own life, she realized that staying in her marriage was scarier than choosing to honor the call: What have I come here to do with my life?” Elizabeth’s call took her on a transformative journey—a hero’s journey— to Italy, India and Bali.

The hero’s journey starts with a call, a call that you can choose to pursue or ignore. If you decide to answer the call, the trials will begin. You can expect to feel hurt and challenged at every turn, but if you persist, each obstacle will prepare you for your battle.

In India, Elizabeth faced her demons while spending grueling hours in meditation. She finally realized she was the mother of all those orphaned parts—failure, fear, anger and shame—and that she was in the driver’s seat.

While touring and speaking to women around the world, Elizabeth is often asked: “How can I go on my own quest?” She struggled with the answer until she heard the following story about an Irish Catholic woman who grew up in a restrictive home during the 1950s and 1960s:

At age 28, the woman’s husband walked out, leaving her with five children, aged two months to ten years of age. Alone and poor, the woman made a promise to herself that someday she would see the world. She took out a coffee can and started depositing $1 each. She continued for twenty years, not touching that money. After all her children left home, she bought a ticket and sailed the world.

This story sparked a “Coffee Can Revolution” among Elizabeth’s readers and fans.

Eat, Pray, Love provided women with a permission slip: Honor your own life and ask what serves you.

Perfectionism is a haute couture form of fear…fear in really good shoes.

Any inner voice that attacks you is not your highest self.

You usually don’t choose change until the status quo is scarier than the transformation.

God is Grace…God is whatever lifts your face out of the dirt.