Sometimes we choose our path. Sometimes we stumble into it. I’m of the latter group, as far as writing novels goes.

Growing up, I read, but only if there wasn’t something more fun to do. I wrote, but only if I had to. All that changed my second year in college. Not because of all the textbooks I had to read or all the papers I had to write, but because of a Harlequin romance novel.

I was home on winter break and was bored, bored, bored and (cough, cough) missing my boyfriend. After surfing through 157 channels, twice, and still finding nothing on, in desperation I rifled through my mom’s bookcase. Nothing caught my eye, but my hand seemed mysteriously drawn to a slim paperback with a red spine. I pulled it out.

The sexy half-naked cowboy on the cover locked eyes with me. I probably snickered at the cheesiness of his bare, bronzed, buff chest; the monster bulge straining the zipper of his tight and faded jeans; and the “let’s buck” grin on his hottie-oh-my-goddie face, but I didn’t put him back on the shelf. Instead, I curled up with him on the couch in the only spot of sun and read all about his passion, his flaws, his fears, and his love for the only woman in the world who could fill the empty spot in his heart. By the time I’d turned the last page, sighed, and closed the book, I had fallen in love. More than that, I had experienced a metamorphosis—I was a fan of romance novels.

You’ve heard the saying, you are what you eat? Well, my consumption of romances from that point on rewired me, and soon stories were growing inside me, pushing to get out, but I wasn’t sure how to make it happen. The ‘how’ presented itself the following semester when I signed up for a ‘writing the magazine article’ class. The assignment was to write an article for one of the magazines on the professor’s list. The magazine I chose was True Love. My professor liked my article/story and encouraged me to submit it for publication. I did. They bought it. And I found myself staring down the mouth of a new, exciting, and frightening path. 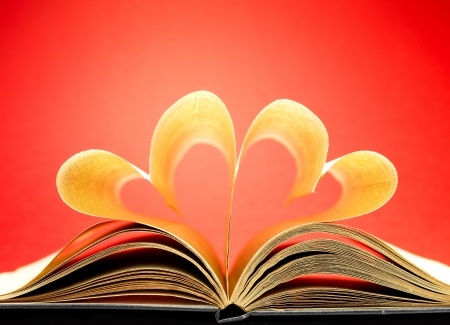 I changed my major from computer science (really, what was I thinking?!) to professional/creative writing. My professors commented on my “good voice” and “unique writing style.” I’m still not sure whether it was a compliment, but I took it as such and kept going. I also kept writing short stories, selling almost everything I wrote. After I graduated, I joined the rank and file as a corporate writer-editor. I got married. I changed jobs. Several times. I had a child. And I kept writing. I put myself through grad school on the money I made from writing short stories.

In all that time, I never thought I had it in me to write a book. When one of my long short stories (a tad over 22,000 words) was rejected for being too long and too sexy, I didn’t know what else to do with it, so I kept adding to it. Soon it was about 50,000 words. It was a book! I had written a book! Not just ‘A’ book, mind you, but a masterpiece, one filled with enough love and angst and sex to rival the Shakespeare of modern romance herself (Nora Roberts, of course). And what else does one do with a masterpiece but offer it up to the publishing gods?

Raise your hand if you know what’s coming.

Yep, I got the big R. Not just once, but again and again. And again. But I didn’t give up, and my precious little reject finally found a home. The publisher and I christened it Hot Summer Fling. (I used the pseudonym Toni Zuma because I didn’t want my grandmother to see it and know that her sweet little doodle bug knew that much about S-E-X.)

My virgin journey to publication was painful but enlightening. I learned so much, and it did get easier every time I attempted it. Today, I’ve had several books published (She Likes It Irish, Dirty Little Secret, and 6 Days of You), two will come out this year (Sin City Alibi and Only Forever), and I’m working on more.

I now live full time in the camp of those writers who say, I can’t NOT write. Even if I never sold another book, I’d still write. It’s part of who I am. It’s on my list of things-that-must-be-done-everyday, like brushing my teeth, flossing, eating, exercising. I love it, and I love the satisfying feeling of knowing I’m on the right path for me.

What about you? How did you end up on the writing path? Are you still just staring at it, afraid to take that first step into the unknown? Leave a comment below, with your email address, for a chance to win a paperback copy or a pdf copy of Dirty Little Secret. I’ll choose one winner. Good luck! 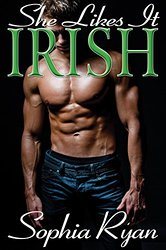 A wager made in a moment of lust has Kristin and Sean rethinking their vows to avoid love.

Irish archaeology grad student Sean O’Neill comes to America and falls for American grad student Kristin DeMarco. Fate brings them together and tosses them into love, but it might not be strong enough to overcome the outside forces trying to pull them apart.

Kristin and Sean both carry wounds from relationships gone wrong, but a sex wager between them, made and accepted in a moment of lust, soon has them rethinking their vows to avoid love, especially when healing touches and kisses are building new ideas of how good love can be with the right person.

Angela and Nick’s secret affair could destroy everything they’ve worked for and those they love.

Angela Abbott has the best life money can buy. But that life of privilege has its rules. And rule number one is don’t fall for the bad boy from the wrong side of the tracks. Sexy, hot, dangerous Nick Spencer is everything she needs to stay away from, but the more she sneaks off to be with him, the harder she falls. She’ll do anything to keep Nick her dirty little secret.

Nick Spencer’s goal to escape the dead-end life laid out for him didn’t include a secret affair with a preppy princess in pearls and lace. But he’s fallen, and not just because of the hot sex. Angela sees him as more than just the trash across the tracks, and it’s giving him crazy ideas about being the guy who makes her dreams come true. But first he has to get her to admit they’re more than sex buddies.

When their secret comes out, Angela will have to come clean about what it is she wants most—the trappings of her privileged lifestyle, or the love of the bad boy who’s oh-so-good for her.

Lily and Daryl won’t get the fall break they hoped for, but they might get something better.

Lily’s uber-conservative boyfriend Michael finally agrees to let her visit over fall break, but only if she agrees to his no-sex rule. Unfortunately, he’s ditched her for a trip to Vail, a blizzard has hit, and she’s forced to stay the week with his grumpy, gay, totally yummy roommate. Then the heat in the building shuts down, and she discovers two things—the sexy stud keeps her hotter than any furnace, and he’s definitely not gay. No-sex rule? How about no rules?

After a bad break-up with his girlfriend, Daryl’s looking forward to a quiet week without his annoying roommate, Michael. His plans go awry when a sexy-as-sin blonde, suitcase in hand, barges in claiming to be Mike’s girlfriend. He doesn’t have the heart to tell her Mike’s away with two gorgeous redheads. And with snow piling up he can’t throw her out. He’d never move in on his roommate’s girl, but as the feisty bombshell settles in, the tiny dorm room grows smaller and certain parts of his body grow bigger. It’s going to be a hell of a long and sexy six days.

I’d love to talk with you about writing, books, or just about any other topic that’s on your mind. I have an opinion about most things and am not shy about sharing it. You can email me at sophiaryan@live.com or usually find me hanging out at one of these places:

15 responses to “Spotlight on Sophia Ryan”