Today, we have Dr. Noelle Granger sharing insights from her multi-act life. 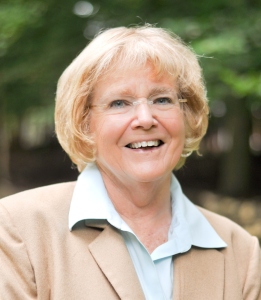 I came to writing pretty late, when I decided to retire earlier than I’d originally wanted but realized the time was right!

I went to an all-female college, got my Ph.D. in anatomy at a medical school, and after a few stutter steps, started my academic life as a faculty member at a university medical school. Somewhere between high school and graduate school, I figured I was best suited for life in the academy; I’m not sure why – it just happened. I never thought about the fact that I wouldn’t have an easy life because of the requisite parts to an academic career. Maybe I should have.

I taught human anatomy (with real bodies) to medical students and paramedics; this was the most fulfilling part of my profession as far as I was concerned. I did bench research, and this was the toughest part – producing results for and writing academic papers, reworking them when they were not immediately accepted; reviewing for journals; writing chapters and books; presenting your results at meetings; training students and assistants in your laboratory; and last but not least, continually searching for grant support. There is a required service component to this career – serving on boards and committees for your department, the school, the university, your professional organizations, the state and even the country. This service gave me a lot of satisfaction, because through it I helped establish programs and organizations for women at the university.

Act 2 (the somewhat distant past)

I ran out of energy. That’s the long and short of it. I’m married to an OB/GYN who was naturally tied to a hospital and I raised two children. I don’t regret any of it, but I ran out of energy. I also became increasingly frustrated by the fact that all the writing I was doing was formulaic – the research is creative, the writing up of that research is not. I started writing stories for my children about my childhood in my copious free time, and then asked: Why not do this full time?

After “retiring,” I decided to write a book and did it in about six months – a murder mystery because I read mysteries every chance I get (okay, even in the bathroom) and could use my medical background to make it real. I thought that first book was wonderful; the critique group I joined did not. Patiently and slowly, the group taught me about writing fiction, dialogue, and scenes.

Then I waited around to see if it became popular. Newsflash: you have to work to get your book noticed and read and reviewed. So for the last two years I’ve been on a steep learning curve with social media and marketing. Plus I got hooked on my characters and wrote a second book.

Right now I am about halfway through my third book. I’ve learned about the value of beta readers and editors and hired a local marketing group. My second book came out a little over a month ago, and this time around I had a launch party, interviews, news releases, some book/signing and readings and the helpful promotion of the book by my blogging sisters. I’m thinking of stretching a little and writing a historical novel, based on one of the Pilgrims who came to the New World on the Mayflower. I grew up in Plymouth, was a tour guide there, and have a deep and abiding respect for the ordinary men and women who also undertook to change their lives, albeit a change far more daunting than mine.

My second act didn’t require much thinking or a lot of bravery, so I’m short of advice on that subject. If you are completely frustrated with your current career, maybe making the change earlier is advisable. Otherwise, you can begin to write on the side. A lot of famous writers started like this (think J.K Rowling). Try writing short stories for magazine; I did that and it built up my confidence. When the mortgage is paid and the nest is empty, it might be a good time to take the real jump. Take the time to learn about writing as a career, then the leap won’t be over an abyss. When the time is right, you’ll know it.

I have a quote from a framed picture in my loft office. It was given to me by my daughter and is from Edgar Allen Poe: “I wish I could write as mysterious as a cat.” Indeed I do.

I wish you a calm wind and smooth seas for your new career!

On an icy February morning, Rhe Brewster, an emergency room nurse with a nose for investigation, is called to a dock in the harbor of the small coastal town of Pequod, Maine. A consultant to the Pequod Police Department, Rhe is responding to a discovery by one of the local lobstermen: a finger caught in one of his traps. The subsequent finding of the body of a young girl, wrapped in a sail and without a finger, sends the investigation into high gear and reveals the existence of three other missing girls of the same age, plus a childhood friend of Rhe’s. Battered by increasingly vitriolic objections from her husband, the pregnant Rhe continues her search, dealing with unexpected obstacles and ultimately facing the challenge of crossing an enormous frozen bog to save herself. Will she survive? Is the kidnapper someone she knows? In Death in a Dacron Sail, the second book in the the Rhe Brewster Mystery Series, Rhe’s nerves and endurance are put to the test as the kidnapper’s action hits closer to home. 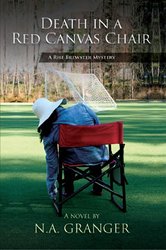 On a warm fall afternoon, the sweet odor of decay distracts Rhe Brewster from the noise and fury of her son’s soccer game. She’s a tall, attractive emergency room nurse with a type A personality, a nose for investigation and a yen for adrenalin. This time her nose leads her to the wet, decaying body of a young woman, sitting in a chair at the far end of the soccer field. Her first call is to her brother-in-law, Sam Brewster, who is Sheriff of Pequod, the coastal Maine town where she lives. Sam and Rhe’s best friend Paulette, Pequod’s answer to Rachel Ray, are her biggest sources of encouragement when Rhe decides to help the police find the killer.

Rhe is thwarted in her investigation by an old frenemy, the Dean of Students at the local college, and her husband, a professor at the college, who resents her involvement in anything other than being a wife and mother. While looking for a name and information about the young woman, Rhe discovers an escort service using college students, which leads her to a high class brothel at a local seaside estate and a company dealing in stolen body parts. She can dodge bullets, but is no match for the kidnappers who leave her to die in a mortuary freezer.

In Sudden Death, Rhe Brewster meets Kinsey Milhone, but with internet access and the struggles of family life.

N.A. Granger is a Professor Emerita at UNC-Chapel Hill School of Medicine. After forty years of research, teaching anatomy to undergraduates, medical students and residents and raising a family, she decided to turn her hand and her knowledge of clinical anatomy to mystery writing.

Dr. Granger grew up in Plymouth, Massachusetts, in a century-old house facing the sea. Descended from a family that settled in Maine in the 1700s, she spent her childhood summers on and in New England waters, some of the best times sailing off the coast of Maine. Her time in New England led to the creation of Pequod, Maine, and her protagonist, Rhe Brewster.

In addition to Death in a Red Canvas Chair, Dr. Granger has written for the Deep South Magazine, Sea Level Magazine, Coastal Living and the Bella Online Literary Review. Her next Rhe Brewster mystery is on the way.

Dr. Granger lives with her husband in Chapel Hill, North Carolina, but spends part of every summer in Maine.

Where to find Noelle…

Noelle, thanks for sharing your inspiring journey. Best of luck with all your literary endeavors.