Today, we have author Julie Ryan sharing her whirlwind first act and the unexpected second act that followed. 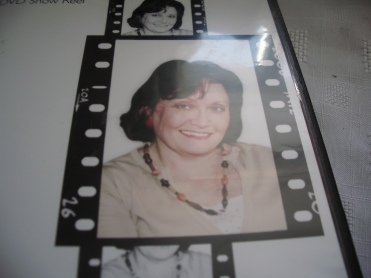 I see the first forty odd years of my life as Act 1. After an idyllic childhood and University I met the man I thought I would be with forever. We travelled the world teaching English as a Foreign Language and I have some great memories of those years. Teaching children in Alexandropolis and Athens in Greece, working for the British Council in Bangkok, Thailand and setting up our own Language School in Warsaw, Poland. No sooner had we found one job it seemed than we were off again. My partner seemed to live in a constant state of flux, searching for what I don’t know, whereas after a while I was beginning to long to settle down. Moving to London, I was offered a post as Head of Languages in an all boys’ school. I loved the job but it was the most stressful thing I’ve ever done, especially since the school had been put into special measures just before I started. Soon it became the usual grind of work, eat, sleep and weekends spent recovering while looking forward to the next holiday. Something had to give, as neither of us was happy, yet neither of us wanted to be the one to break things up after almost twenty years. I knew for my own sanity I had to get out as by this stage we were barely talking. Just when I felt I was at breaking point, I met someone who was to be pivotal in forming Act 2.

Just one month after meeting Tony, I left home with just a plastic bag containing a change of underwear and my toothbrush. It was a huge gamble. I had no idea if this new relationship was going to work and felt horribly guilty about leaving my ex even though I knew I’d tried my best. However, sometimes you just have to go with your instincts and jump in with both feet. People who know me say I don’t do things by halves. Within two months I’d handed in my notice and within four months we were looking at property in Gloucestershire. We both wanted a change of scene to start a new chapter together but couldn’t find anywhere to buy that was in our price bracket. Then Tony spotted a convenience store for sale in a small Gloucestershire village. I don’t think my feet touched the ground for the first six months as we took on a business as I worked as a supply teacher. In addition, the upstairs where we were living needed totally renovating as there was no plumbing, heating or electricity. It was hard but satisfying and I knew I’d made the right decision. When Tony proposed on my birthday I was in seventh heaven. We married in our local village Church surrounded by a few friends and family eighteen months later. 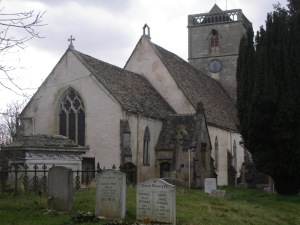 I was 43 when I met my husband so we both knew that children were most unlikely. Nevertheless that didn’t stop us trying even though Tony said it didn’t matter. It wasn’t easy but nobody could have been more overjoyed than this pair of elderly parents when I gave birth to our precious son. After waiting so long for a child, I couldn’t face going back to work and we made the decision that my husband would get a full time job while I stayed at home and looked after our son and managed the Post Office and shop part time. That was another pivotal point – the first time in my life that I found myself with the freedom to live my life the way I wanted. I started writing, which I would never have done as a full time teacher and really appreciate the joys of country living. Would I change anything? Only that I wish I’d started the Second Act sooner. However, then neither of us would have been the people we are now. For a while we had to sacrifice holidays as we lived hand to mouth and any spare cash went on renovations. These are still ongoing but over the years we’ve got used to living in a muddle. Life isn’t perfect but I know how lucky I am. In September 2013 I published my first book in the Greek Island series followed by the second in 2014. Like many people I worry that my best isn’t good enough. I’m a perfectionist so I’m never really happy with my writing and then I came across this quotation: 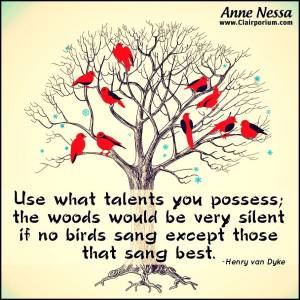 So, while I encourage you to do your best, just remember that not everyone can be THE BEST. For me life really did begin in my late forties and I’m embracing my fifties with gusto in the knowledge that not everyone gets to have a Second Act. 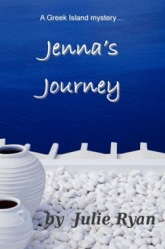 When Jenna decides on a whim to go to Greece, she’s trying to escape her failing marriage. Will Greg let her go so easily though? Can she make a new future for herself and how did she get involved in an antiques smuggling ring? Is fellow holidaymaker Tom all he seems and will it be happy ever after with Nikos? It’s not until twenty-five years later that some of the questions are finally answered. 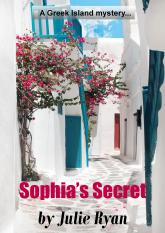 This is the second book in the Greek Island Mystery series. Although each book is intended to be read as a standalone, some of the characters from the first book, ‘Jennas’s Journey’, do make an appearance.

Kat has never understood why she was sent at the age of seven from Greece to live in England with her Aunt Tigi. When she receives an email from her grandmother, the first contact in over twenty years, informing her of her mother’s death, she knows this could be her last chance to find out the truth. Little by little she finds out the shocking facts as her grandmother opens her heart. It seems everyone has a secret to tell, not only her grandmother, as Manoli, her school friend, also harbours a guilty secret.

Then there’s a twenty year old mystery to solve as well as a murder and what happened to the missing Church treasure?

Julie was born and brought up in a mining village near Barnsley in South Yorkshire. She graduated with a BA (hons) in French Language and Literature from Hull University. Since then she has lived and worked as a Teacher of English as a Foreign Language in France, Greece, Poland and Thailand. She now lives in rural Gloucestershire with her husband, son and a dippy cat with half a tail. She is so passionate about books that her collection is now threatening to outgrow her house, much to her husband’s annoyance!

‘Jenna’s Journey’, her début novel set in Greece, a country to which she has a strong attachment, was published in 2013. The second novel in the Greek Island Mystery series,‘Sophia’s Secret,’ is due to be published in the summer of 2014.

Where to find Julie…

Julie, thanks for inspiring us with your journey. If you ever run out of ideas, consider writing your memoirs.

4 responses to “Making the Most of Second Chances”