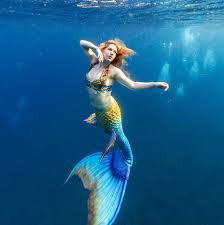 On May 27, 2012, Discovery’s Animal Planet channel aired Mermaids: The Body Found. The documentary featured video of a mermaid sighting in the Greenland Sea and an exclusive interview with former NOAA (National Oceanic and Atmospheric Administration) scientist Dr. Paul Robertson.

The show followed a scientific team’s investigative efforts to uncover the source behind mysterious underwater recordings. It opened with video footage of a mermaid perched on a rock. Later in the program, a webbed hand touches the observation window of a submersible craft manned by a team of deep-sea divers. As the creature swims away, the divers catch glimpses of an alien-like face.

This program attracted the network’s biggest audience in its history: 1.9 million viewers.