I’m a visual writer. I fell in love with the movies at age three. As a teenager, I fell under the spell of noir cinema: tough settings criss-crossed with black shadows, peopled with sinners doing horrible things to each other – what was not to love?

So in honour of Noir at the Bar (Bouchercon 2016), here are my Top 10 Fav Noir Films. Most centre on strong, complex female characters. Their striking settings are often surreal and have stayed in my mind forever. The characters get justice even if that justice is harsh and twisted. And almost all feature devastating endings with a darkly satiric edge.

So here’s my list. I’d love to hear from you about your 10 Fav Film Noirs.

An unpleasant man hires a shady PI to murder his wife and her lover. Things naturally go awry with a literally harrowing murder scene that rivals the death of Rasputin. One of the best exit lines ever, delivered by veteran character actor, M. Emmet Walsh whose performance oozes sleaze.

9. LADY FROM SHANGHAI (Orson Welles) – Orson Welles ran out of money trying to stage a musical version of Around the World in 80 Days. He allegedly pitched The Lady from Shanghai to Columbia Pictures president Harry Cohn while looking at the cover of a pulp novel he’d never read. It’s a “who’s gonna kill who” thriller with adult dialogue sparked with sharp-edged barbs.

8. SORRY WRONG NUMBER (Anton Litvak) – A spoiled, bed-ridden heiress overhears a murder plot on her telephone. Through a series of phone conversations with strangers and her unhappy husband, she realizes the thugs are about to murder her.

Based on a radio play by Lucille Fletcher, the film works because of its unusual plot structure and a terrific performance by Barbara Stanwyck as the woman you love to hate.

Abandoned by her husband, Mildred battles poverty and terrible grief to support her family. Against all odds, she becomes rich, but her insatiable drive to join high society ends up destroying what she fought so hard to save: her family. A remarkable film even in 2016, because the tragic hero is a woman rather than a man.

6. VERTIGO (Alfred Hitchcock) – A masterpiece mystery thriller that shows how a grippingly profound story can be created with a minimum of characters. The film explores the destructive power of self-delusion and mental illness at a visceral level.

A law officer develops vertigo after a nearly fatal fall. His phobia makes him the victim of a diabolical plot. James Stewart is at his best as the unsympathetic hero: even Hitchcock’s heavily artificial camera work, invented to mimic vertigo, does the job. One of the best and most devastating movie endings of all time!

5. THE THIRD MAN (Carol Reed) A thriller filmed on location in the rubble of post-WWII Vienna. It goes beyond genre in examining business corruption, betrayal and the tragedy of misplaced loyalty.

Holly Martins (Joseph Cotton), a broke pulp fiction writer, travels to Vienna to meet his old friend, Harry Lime, who’s promised him a job. But he arrives to find that Lime has been killed in a hit and run car accident and is wanted by the police. Looking for answers, Martins uncovers some nasty truths about Lime.

Despite being on screen for only a short time, Orson Welles is the perfect Moriarty, intellectually brilliant, articulate, urbane and utterly indifferent to his friends. The final chase through the sewers of Vienna is pure noir, the unromantic ending logical. When visiting Vienna, do check out the Third Man Walking Tour.

4. FARGO (Joel & Ethan Coen) A police thriller where the misery of a North Dakota winter and the mundanity of Midwest culture work as well as the mean streets of noir.

A beleaguered car salesman (William Macy) conspires with a pair of criminals to kidnap his wife for money and to get revenge on his rich father-in-law. Naturally things go pear-shaped, partly due to the dogged investigation by the local – and heavily pregnant- police chief (Frances McDormand).

Some really macabre scenes – we all know what’s gonna happen with that wood chipper – and lots of dark humour. Who can forget Carl Showalter (Steve Buscemi) burying the ransom money in the endless snow along the highway then marking the spot with a tiny ice scraper? Ordinary folks and petty criminals alike die because they’re not equipped to deal with true evil, as portrayed by Danish Shakespearean actor, Peter Stormare. For once good triumphs over evil…sort of.

Four criminals and a corrupt lawyer conspire to rob a fortune in jewels, but are undone by mutual treachery and unforeseen hitches in their plan. Great performances by Sterling Hayden and Sam Jaffe. Interestingly, the film features the debut of Marilyn Monroe as the elderly lawyer’s young mistress. At the time, she wasn’t big enough to be on the movie poster!

I first saw Touch of Evil on late night TV. Deemed weird and disturbing at the time, I secretly loved it and still do. Seeing it now, I believe that the film was too truthful for the time because of its candid portrayal of police corruption and violence. Today it’s listed as one of the best films of the 20th century.

In the story, two people are killed when a car bomb goes off at a border crossing between the USA and Mexico. The veteran American cop, Hank Quinlan (Orson Welles), wants a quick solution and plants evidence to frame the most likely suspect, a Mexican citizen. Vargas, the Mexican detective (Charleton Heston), stands up to Quinlan with blowback that nearly kills him and his American wife, Susie (Janet Leigh).

Classic noir: mean streets, corruption, nasty characters, drugs, illicit sex, but much, much more. The film foreshadows tech noir: the final confrontation between Quinlan and Vargas takes place in a decayed industrial setting. It’s brutally frank about the bullying nature of American-Mexican relations, the corruption of male cronyism and women’s vulnerability in a patriarchal society. Some neat touches: Mercedes McCambridge plays a frankly lesbian hoodlum. For readers who don’t know her, McCambridge was the voice of the demon in The Exorcist.

Orson Welles is amazing as bloated, uber-corrupt, sixtyish Hank Quinlan; impossible to believe that he was only 43 at the time. Incredible, surreal scenes between him and Marlene Dietrich as his former mistress and the owner of a Mexican bordello. The single 3-minute tracking shot at the start of the film, that follows the convertible with the ticking time bomb, made cinematic history.

1. SUNSET BOULEVARD (Billy Wilder) Not just my favorite film noir, but one of my all-time favs period. In the story, a broke screen writer, Joe Gillis (William Holden) is trying escape the repo men. He hides out on the grounds of a mysterious Hollywood mansion inhabited by a forgotten star of the silent movies, Norma Desmond (Gloria Swanson). Determined to make a comeback, Norma hires Gillis to rewrite her awful screenplay. Gillis figures it’s easy money, so he agrees, but gradually he becomes Norma’s boy-toy. When he decides to escape, well, guess what happens.

Like all great films, Sunset Boulevard is much more than its gripping story. It’s about the tragedy of vanity and delusion – and the price paid by enablers. It’s also about the cost of refusing to accept change and abandoning your self-worth for easy money.

Gloria Swanson gives a legendary performance as Norma Desmond as does Erich von Stronheim portraying Max, her ex-husband who works as her butler. (Sick or what?) Wonderful gothic sets. Who can forget the image of the dead chimpanzee’s funeral or the rats in the dry swimming pool?

Billy Wilder broke several Hollywood conventions: many celebrities played themselves ( Buster Keaton, Cecil B. DeMille) and the narrator is a dead man. Truly one of the most haunting and satisfying endings in the movies when Norma walks into the camera for her close-up. 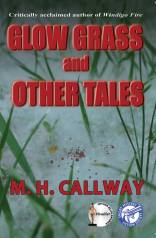 My latest book contains nine noir and dark comedy stories. It includes the Arthur Ellis novella finalist, Glow Grass, Bony Pete winner, “The Lizard” and Derringer runner-up, “The Ultimate Mystery”. The Kindle and print editions will be available on Amazon this week. The print edition will be on sale at selected bookstores in November, 2016.

A critically acclaimed thriller, Windigo Fire, was a finalist for the Arthur Ellis Best First Novel Award and a Huffington Post Book for Book Clubs Selection.

Danny Bluestone, a young native Canadian, overeducated and underemployed, has holed up in his hometown of Red Dog Lake in Northern Ontario. Fighting boredom while working as a camp counsellor at a children’s camp, he plays the role of native guide for an illegal bear hunt, organized by Santa, a shady Australian who runs the local highway attraction, Santa’s Fish Camp. He flies out to a remote hunting camp in the bush and wakes up to find all the hunters murdered, all but one, an enigmatic American. The two must team up to survive the wilderness, the killers and the Windigo, a spirit evil unleashed by the killing of the bear.

This book is the first in a series featuring Danny Bluestone and the many characters in Red Dog Lake where the favorite pastime is karaoke strip night! 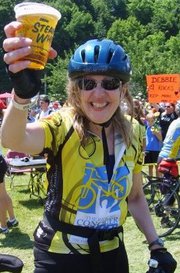 Madeleine’s short stories have been published in several anthologies and magazines. Many have won or been short-listed for major awards such as the Derringer and the Bony Pete. In 2016, her novella, Glow Grass, was a finalist for the Arthur Ellis Award.

Madeleine blogs regularly on her website about street art and weird encounters (Surreal Trapdoor), books and bookstores (Eat this Book) and wonderful people in her life (Cyber Café). Visit her at http://www.mhcallway.com.

In 2013, she founded the Mesdames of Mayhem, a group of 15 established Canadian women crime writers. Readers can enjoy their stories in the anthologies: Thirteen, 13 O’clock and 13 Claws. Visit the Mesdames at http://www.mesdamesofmayhem.com

Madeleine is a longstanding member of Crime Writers of Canada and Sisters in Crime. An avid cyclist, runner and downhill skier, she has participated in the Toronto Ride to Conquer Cancer every year since 2008. She and her husband share their Victorian home with a spoiled cat.

Where to find M.H. Callway…