I’m happy to welcome The Wild Rose Press author Brenda Moguez. Today, Brenda shares her passion for writing and her latest release, Nothing is Lost in Loving. 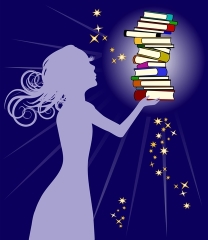 What I know about writing is elusive.

It’s as fleeting as the sunrise over the Rockies but can linger as long as some Ah-Haenchanted evening sort of love, which is sometimes a lifetime or the length of a night. I didn’t know this when I took up this hobby come all-consuming passion. I was arrogant enough to believe I welded the power and could control the ebb and flow of my creativity on the blank page. As easy, as it is for me to flutter my eyelashes towards a lanky Gemini so would be filing three-hundred double-spaced pages. In retrospect, I envy this innocence because it was, and to some extent, is true. Back then, I didn’t understand enough about anything to take it as it came when it came. I had expectations.

In my passionate ignorance, I believed all that was required of me was to turn up each day and for an extended period of time—that can be as magical as an enchanted evening—and write. What I hadn’t anticipated were the nights I turned up at the appointed hour, flipped the switch, waited and waited, and sometimes waiting until blaze of the morning sunrise burned off the bitter loneliness of an unproductive night. It seemed silly almost laughable at first because I had lived several decades without writing so how could the random night without words affect me so profoundly. It wasn’t just that sleep that I lost, but my perspective. My mind convinced me there were answers in books, a cure for the lonely ache growing deep in my belly, which felt strangely similar to the absence of a lover who comes in and out of your life on his schedule.

Since red wine and songs of love were not the cure, I convinced myself writing was scientific. It can’t be magical. It’s not chance or random. Writing creatively is manageable. It’s a mechanical process thereby controllable by a force. All I had to do was learn. I started searching the aisles of bookstores, the periodicals, the vast and overwhelming virtual world, for content on writing. Sometimes a writer writing about writing made sense, and I connected, but the meaning of the words fizzled when I closed the book or browser. I’d see the meaning clearly as I read the words but then the edges blurred, and everything evaporated as it does when you’re walking through a cloud of déjà vu after I finished reading. I sought other writers thinking they would know what I didn’t. I enrolled classes and workshops for the same reason. Knowledge is never wasted but sometimes, as in the case of writing, too much of something isn’t always a good thing.

A writing lesson I learned rather painfully is that I am sometimes at the wheels of control, while other times writing controls me. I somewhat arrogantly assumed with some knowledge I would master my productivity and know everything there was to know about writing. What I ended up learning without a book, or a class, or another writer, was that I knew more when I didn’t know anything. When I wrote without the details, without listening to others more seasoned on the craft, when I didn’t lose sleep over tense, or being something other than what I was meant to be, which as it turns out, is raw and authentic. Now I know more than I ever needed to know, which is not always helpful at 3 AM or when the story is stuck.

Writing is such a personal experience, unique to the consciousness on the other side of the page. How can the reader possibly understand what the writer went through to put words on the page? Or the years it took to find the courage to take a stand, to declare to the void, I am a writer! Hear me! Listen to me, read my words for they are from me, part of me, all of me. And if it sounds like I am saying I am celestial it’s because a writer sometimes feels that they are ethereal, part of a secret society they never thought of joining.

What I know about writing isn’t for me to share with you because I’m not like you or you like me. Each of us hears different notes in the keys on our respective keyboards.

What was your ah-ha moment on your writing journey? 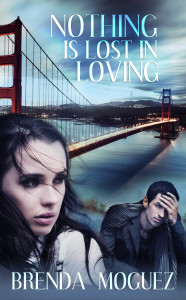 There is a saying in Spanish that goes something like this, “No hay mal que por bien no venga.” (Roughly translated) “There is no bad thing that is not followed by a good thing.”

When Stella Delray unexpectedly loses her job a week before Christmas, which happens to be the anniversary of her husband’s death, she is forced to come to terms with her loss, stop talking to his ashes, which she carries around in a sports bottle, and get her life back on track for her son’s sake as well as her own. She never expected posting an ad on Craigslist would send her into the arms of not one but two men, one of which is her former boss, Jack Francis. It’s because of him she’s working as an admin for a retired Broadway star, bookkeeping for an erotic video production company, and writing love letters for the mysterious Oaklander. Adding to the craziness of her new life, her monster-in-law resurfaces and the father-in-law Stella’s never met shows up on her doorstep.

With her best friend, Bono, to guide her, Stella will learn to redefine the rules she’s always lived by. Her new extended family comes with plenty of drama, and the ghosts of her dead husband’s past are knocking down her door. Will Stella be able to find her footing in her eccentric life, discover nothing is lost in loving, and have the family she’s always dreamed of? One thing is certain: Stella will learn that happily ever after doesn’t come in one size fits all.

Find out how Stella manages her monster-in-law and takes on romance again. You can find her story on Amazon.

Where to find Brenda…

One response to “A Writer’s Ah-Ha Moment”